Now, Shoot From The Hip

Insulin pumps attached to your jeans pocket can send up the right amount. And many new drugs promise sweet relief from the dreaded ailment. 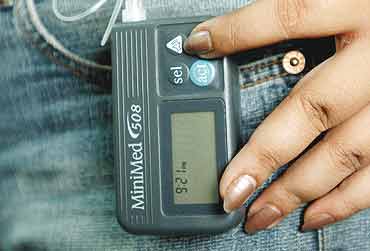 outlookindia.com
-0001-11-30T00:00:00+0553
Life is rough for diabetics. Ask 24-year-old copywriter Arijit Nandi, who injects himself with insulin in his office bathroom every day. Chennai housewife Fathima Kani had to have her foot amputated after her diabetes fired up a shoe bite into a gangrene-ridden infection. Or Gauri Jain, whose engagement broke off after her fiance's aunt questioned the wisdom of bringing home a "sick" bahu. Still, you don't have to share their fate if you're suffering from this dangerous, sometimes fatal, condition. Several remarkable new developments now promise diabetics much better control over their lives. 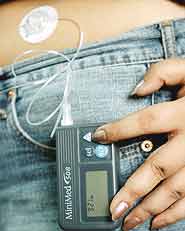 Insulin delivery systems: "Many diabetics find the process of injecting themselves with insulin traumatic," says Dr Anisha Taparia, a clinical consultant with Medtronic, a firm that sells insulin pumps. Worn on the hip like a pager, the pump supplies insulin in programmed doses through a thin tube inserted through the skin. The price is a steep Rs 1.7 lakh, but second-hand pumps certified by the usfda for reuse can be had for Rs 80,000. To order a pump, call 265-2604900 or get more information at adrian.gut@medtronic.com.

With firms like Roche and Sooil also planning to enter the market, prices may fall. Meanwhile, patients could try disposable insulin pens like Optiset, Novomix Flex or the HumaPen. Their extremely fine needles make injections virtually painless. Since they have inbuilt insulin cartridges, they can be used without the ritual of preparing an injection. Priced between Rs 840 and Rs 1,285, they contain 300-400 units of insulin.

Watch out for Wockhardt's insulin pen, launching in January 2005. The company claims it will be cheaper than current models. Dr S.K. Wangnoo, senior endocrinologist at Apollo Hospitals, New Delhi, adds that companies are also working on non-invasive insulin sprays, tablets and inhalants.

Diabetic Footwear: Dr Vijay Viswanathan of M.V. Hospital's diabetes research centre in Chennai says up to 72 per cent of foot amputees are diabetic. He has seen many amputees whose problems began with calluses from ordinary shoes. The centre started manufacturing specialised footwear in collaboration with the Central Leather Research Institute. Micro-cellular polymer insoles give these shoes and sandals the extra cushioning that diabetic feet need. They can be ordered from www. mvdsc.org; prices range from Rs 130-Rs 800. For customised pairs, the centre's Emed Foot Pressure Distribution measurement system maps the pressure regions and helps technicians design shoes for the unique contours of your feet.

Drugs: Insulin sensitisers like statin drugs fight the inability of some diabetics to use insulin effectively. Doctors rejoiced at the release of Rosuvastatin, an improved version. Another drug that has experts raving is GLP1, a synthetic hormone that increases the body's insulin production without triggering hypoglycaemic (low sugar) episodes, which is a first. It even stimulates the growth of insulin-producing 'beta cells' in the pancreas. "No other drug looks as promising," says Viswanathan, who says GLP1 also halts the progression of Type 2 diabetes in some cases.

The Indian Council of Medical Research recently proved that its herbal drug Vijaysar can reduce blood sugar levels. Extracted from the core of the Bija Sal tree, the drug has no side-effects, unlike its competitors. "Some patients who had not responded to conventional drugs also improved after taking it," says ICMR's Vasantha Muthuswamy. The institute is looking for manufacturers to commercially produce the drug. But if you can't wait, buy Vijaysar wood tumblers from Khadi Gram Udyog outlets instead.Muthuswamy says drinking water stored overnight in such glasses also improves blood sugar levels, though the extracted powder form is more effective. 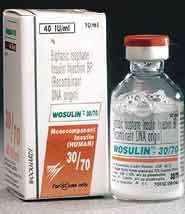 Human insulins: Genetically engineered biosynthetic insulins using yeast or E-Coli, called human insulins, have been around for a while. But when Wockhardt introduced Wosulin in August 2003, it became the first Indian company to produce it indigenously. The result was an immediate price war that saw companies cut prices from Rs 218 for a 10 ml vial to Rs 145. Wosulin was priced even lower at Rs 129. With Biocon set to release its human insulin, Insugen, this month, expect prices to fall a little further.

Designer insulins: These are human insulins whose amino acid patterns have been altered to get "rapid-acting insulin analogues that can take care of the sudden blood sugar surges during meals," as Viswanathan explains. Since they are absorbed faster and start acting almost immediately, they can be taken right after or before meals unlike ordinary insulin, which needs 30 minutes to kick in. Humalog and Novorapid are the two most popular, available in vials and in insulin pens. Another is Aventis's Lantus. Injected once a day, it gives basal insulin coverage—releasing insulin steadily over 24 hours. Each 1,000 unit vial of Lantus costs Rs 2,500 and the pen, Rs 840. Wockhardt claims it will launch a lower-priced option by late 2005.

Transplants: Transplanting islets, the insulin-producing cells in the pancreas, could be that elusive cure for diabetes. Still in the research stage worldwide, there have been some successful transplants in the US, Canada and UK, says Dr Ashok Jhingan, director of the Delhi Diabetes Research Centre. But the rejection rate is high, so patients stay on immune-suppressing drugs for life, which weakens them. With an acute shortage of pancreas donors, researchers are now also considering using pig islet cells and "growing" human islet cells.

Blood sugar monitoring: A wide range of affordable "home use" glucometers is making it easier for a diabetic to take control. Johnson & Johnson's portable One Touch Horizon (Rs 1,500) will give you an instant blood sugar level reading in 5 seconds, from a tiny pinprick of blood. The Rs 4,000 One Touch Ultra also stores previous test results for comparison. 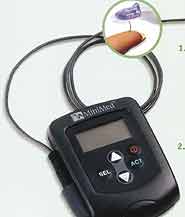 But patients with brittle diabetes, where glucose levels swing wildly, need the Continuous Glucose Monitoring System (CGMS), which can plot sugar levels continuously for 72 hours. "This helps us prescribe the best insulin regime for these patients to match these fluctuations," says Wangnoo. Only a few hospitals like aiims, MV Diabetes Research Centre in Chennai and Apollo Hospitals in Delhi, Calcutta, Ahmedabad, Hyderabad and Chennai have them. Mumbai's Lilavati and Jaslok hospitals also plan to get the Rs 3-4 lakh machines. 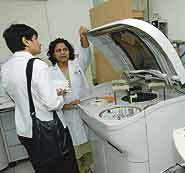 The gold standard for glucose monitoring still lies with the A1C tests done by pathology labs. The results tell you how close to normal your blood sugar levels have been over the last three months, and whether you are responding to treatment. Clinics can do instant A1C tests (typically at Rs 450) with the Rs 2-lakh Bayer DCA 2000+ analyser. It needs a fingerprick sample for results in seven minutes.

Multi-slice CT scan: A diabetic's high blood-glucose levels invariably damage blood vessels, making arteries narrower and less elastic, which is why the disease is strongly correlated with heart disease. Even borderline diabetes patients need to check their vulnerability. New generation multi-slice CT scanners that score over the old electron beam ones are making it easier to track this risk.Radiologist Dr Sandeep Kawlra says they can easily detect early blockages in the heart by mapping the calcium and softer plaque deposits on artery walls.The calcium scoring test costs Rs 4,000, but for a more complete picture, a Rs 12,000 contrast scan offers as good results as an angiogram, and isn't invasive.

Say no to prejudice

Matrimonial registry: Diabetics can lead perfectly normal lives, but are discriminated against as 'sick' individuals when they decide to marry. "Faced with such prejudice, they end up marrying other diabetics which is most unhealthy," says Jhingan. To help victims find non-diabetic partners, he helped set up a marriage registry through the Foundation for Young Diabetics (011-25419777, 011-25466243). "We have got a huge response, especially in the south, with many non-diabetics and diabetics signing up from Bangalore, Chennai and Hyderabad," he adds.

Tired of being told that sugar is poison? Fortunately, stevia, the world's sweetest plant, is not. The zero calorie natural sweetener doesn't affect blood sugar levels and can even be heated, unlike artificial sweeteners. Processed stevia powder and tablets are sold under the Stugar brand, while raw stevia leaves are available at outlets stocking Navadanya products. Also shopping for high-fibre, low-fat foods that are diabetic-friendly has become easier with speciality stores like Whole Foods, Navadanya, and FabIndia Organic Foods. Their organic, unprocessed products are more fibrous, take time to be absorbed into the blood stream and release glucose slowly into the bloodstream and prevent sugar-level jumps. Look for brown and red rice, wholewheat atta, millets, unpolished rajma and beans, high-fibre breakfast cereals, wholewheat pizza bases, and snacks made from buckwheat, ragi and dalia. Munch on and take control.