Choreography for films is totally different from doing it for the stage. After 30 seconds, it’s a cut.., says India’s foremost ­contemporary dancer Astad Deboo. 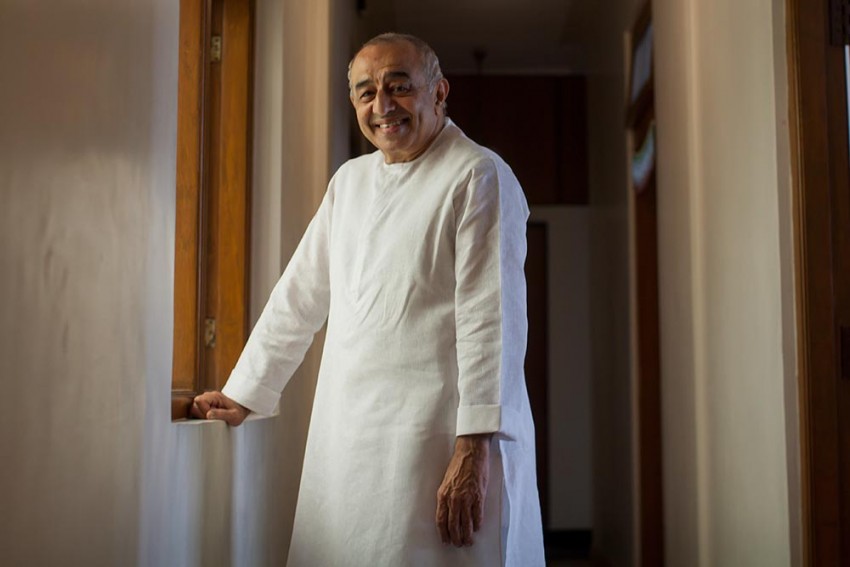 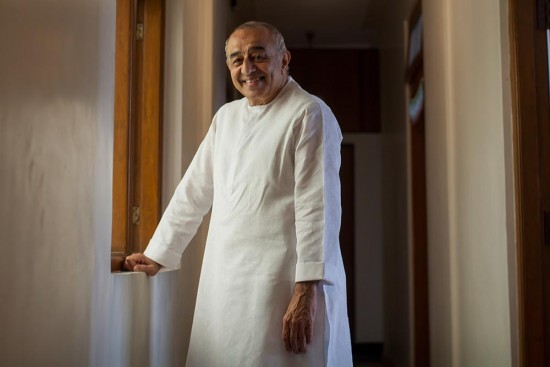 Sometimes I think I’ve been pretty much on my own, and still am. Dancing with a big black bulb on stage, an installation of light. Or on old city walls, bringing myself to life with the inanimate, in Champaner, Granada, the Great Wall of China. Or moving inside sound. Like my current project, dancing with the austere, deep-sea currents of the rudra veena. Then I think, “It’s not just playing in the background. Woh jugalbandi hai saath mein.” A conversation between me—a contemporary dancer, which means what I make it mean—and a very traditional instrument. I think of my collaborators: when I do spaces, it’s a photographer like Ritam Banerjee, or an artist like Sunil Gawde. This time, it’s dhrupad and Ustad Bahauddin Dagar.

I’ve been working with dhrupad singers off and on since 1990. I’d met Bahauddin a few years ago and really liked his whole demeanour and approach. We performed together in Calcutta three years ago—it worked well and I said we should do it again! So when NCPA asked me if I’d be part of their Mudra festival, I rang up Bahauddin and he immediately said yes. We’ll be interconnecting the seasons…starting with spring. When we premiere in Bombay, it will be winter. 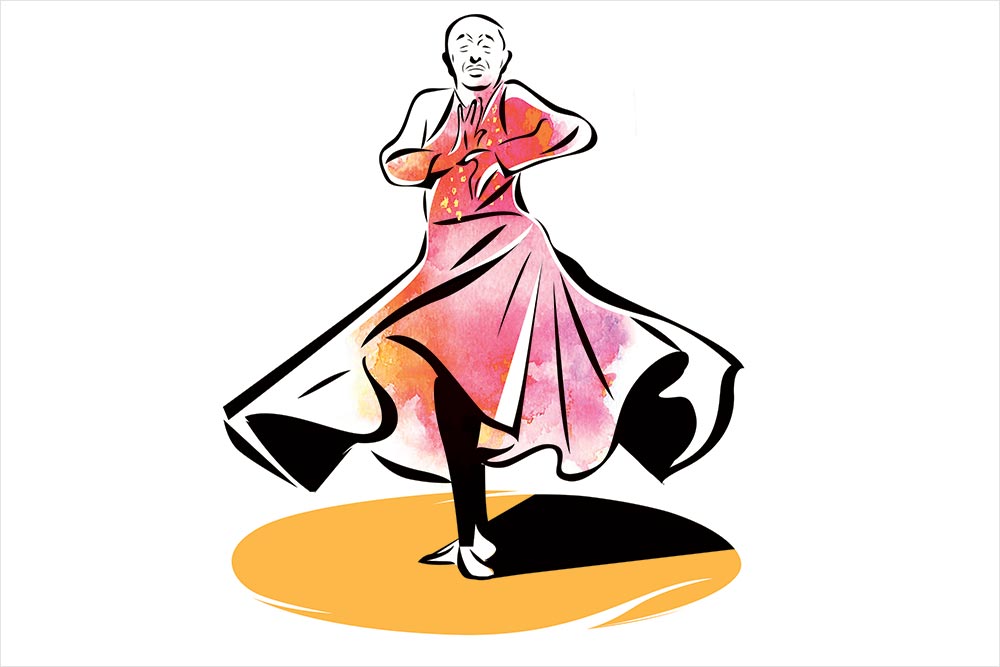 I also think of my childhood—and how lucky I was to have forward-thinking parents. No one would send their son to learn Indian classical dance in the 1950s. Also, I am a Parsi and it’s not something Parsis learn...they learn western music. But I grew up in Jamshedpur, and studied Kathak. After high school, all set for Bombay to study commerce and economics, I asked my father if I could pursue dance. “No Astad, it’s time you concentrated on studies!” he said, wagging his finger. “Boys don’t take stage as a career.” An uncle, my local guardian, was similarly forbidding. I restricted myself to college functions—tending to that inner spark. Then one day I saw an American dance company, Murray Louis, and was taken aback. Till that point, I’d seen and performed Indian classical as a soloist. But this was a whole ensemble moving on stage—dancers intertwined, using space and lighting. I was impressed and curious. About to finish college, I asked two things: to hitchhike around Europe, and to go to the Martha Graham school in New York. I’d got admission, and fibbed about having got a scholarship! But the good thing about my parents was that, once I took the initiative, they backed me.

To Guruvayur, Via the World

I left on a boat with goats, sheep and vegetables bound for the Gulf. The last port of call was Khorramshahr, Iran. From there I hitchhiked all through Europe, coming into France, then the ferry to Dover…. My destination was NY, but without a visa, I started studying the Martha Graham ­technique in London—and soon realised that it wasn’t for me! Then I was off again, a roving disciple in search of dance. I travelled to 32 countries on all five continents. In between, back home for my sister’s wedding, a critic put me on to Kathakali, saying it would be a good addition to my vocabulary of movements. I found a guru in E. Krishna Panicker and studied very intensely. He’d take me to his village, and make me dance in Guruvayur temple. I performed once or twice in his productions. That’s how my style was born—as a constant journey, a ferry.

Choreography for films is totally different from doing it for the stage. After 30 seconds, it’s a cut…then a change of angle, even of setting. It’s really the editor who puts it together. My first foray was Sanjay Khan’s Abdullah…sadly, that got cut on the editing table. Whether Meenaxi or Omkara, it wasn’t the usual 1-2-3 jhatka. Still, there were some filmi moments. Raavan, I recall, had a waterfall sequence. Aishwarya and Abhishek and I had gone up the waterfall and Mani Ratnam was like, “Bring him back!” but I said if you’re putting your stars there, I see no extra danger to me.

The Constable and the Cosmos

Next year, I’ll complete 50 years of being on the road. My very first performance was at Prithvi Theatre. I’d struck up a rapport with Satyadev Dubey and Jennifer Kapoor. They offered me space when I wasn’t getting any. I plan to do a show there next year. Over these years, there have been interesting changes in the approach to presenting classical dance. There’s much more group work. There’s attention to lights, sets, stage aesthetics. Dance has taken off at all levels. I meet dancers and ask what they do, and they say “I do contemporary”. I ask what they’ve learnt, and they say “contemporary”. They are good, but limited. I find them repeating themselves—their vocabulary is, say, twenty moves. Yes, I’ve still got some moves! A pleasant surprise recently: the DGP of Maharashtra called me to perform. And the response I got from hawaldars, sub-inspectors! They all went kai chhan ahe (this is so good)…. That’s openness.