Nothing Is Really Foreign To Him 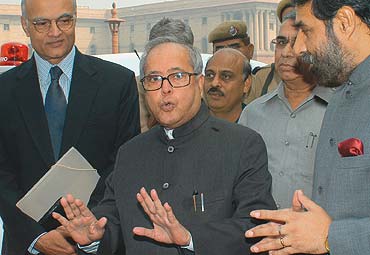 After K. Natwar Singh was eased out of South Block last November, the first-floor office of the minister of external affairs was swept once a week, kept spick and span as the mandarins waited patiently for a successor. It was long rumoured that Pranab Mukherjee would succeed Natwar. The rumours gathered strength when he was deputed to attend the United Nations General Assembly session in September. In New York, Pranab had a detailed meeting with US secretary of state Condoleezza Rice, with the Indian ambassador Ronen Sen coming down from Washington for the occassion. Pranab also met the Indian community as well as ministers from other countries. It was almost as if he was doing a dry run for the job—he had led Indian delegations regularly earlier, but that was over a decade ago.

With Pranab becoming foreign minister, the external affairs ministry has finally got a man at the helm who has held almost all major portfolios, even defence and finance. This couldn't be said even of the previous stalwart in the office. As most foreign policy decisions have economic and strategic components, Pranab can be expected to be more sensitive than earlier incumbents to these aspects in the decision-taking process.

He can also be expected, sources say, to act decisively and bring back the bulk of foreign policy decision-making back to where it belongs—the foreign ministry. After all, he's handled the portfolio before, having been minister for 15 months between February '95 and May '96; under his watch, India became a full dialogue partner with ASEAN.

In the absence of a full-time foreign minister, Pranab has in cabinet meetings been an essential part of the decision-making on all critical issues such as Nepal and Siachen. In that sense, he is already intimately familar with the problems at hand. Heading a much more...