Nothing Is In Soft Focus

One of India’s first female film editors, Patil’s story, shorn of self-pity, weaves personal and professional life and is also about breaking barriers 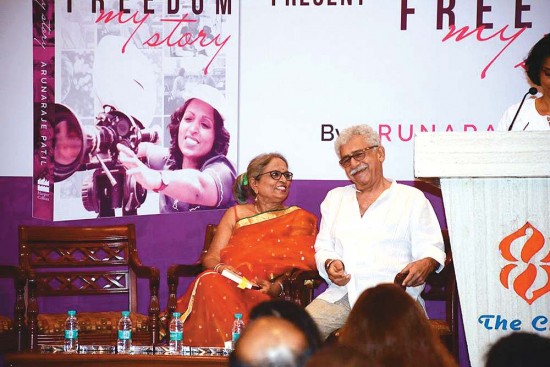 Although it is written in chronological order, Arunar­aje Patil’s autobiography, Freedom, My Story, is one of those books that can be opened on any page and invariably one will find oneself hooked. Patil has lived deeply and has an intense relationship with every choice she makes, yet her narative style remains light and pacy.

In the world of film-making, it is an oft-repeated truism that the finer the editor’s work in a film, the less likely it is that the audience will notice it. The best editors manipulate the raw material with such finesse that they make the work of director, cameraperson and actors look seamless. As a storyteller, Patil has a no-frills style analogous to fine film editing. She was one of the first women to train as an editor and director in Pune’s Film and Television Institute of India and has inadvertently been a trailblazer all her life.