Right-wingers lead a crowd who want Gandhiji out of rupee notes. They have their icons ready. 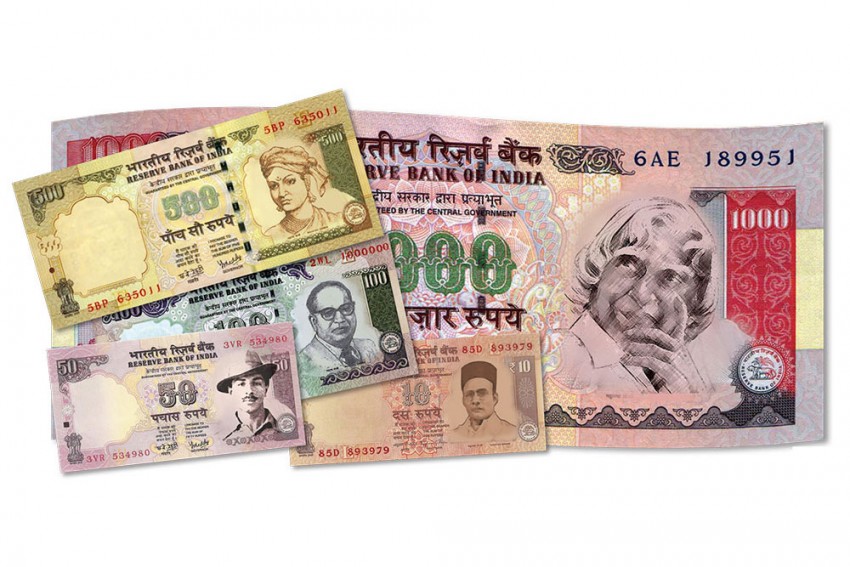 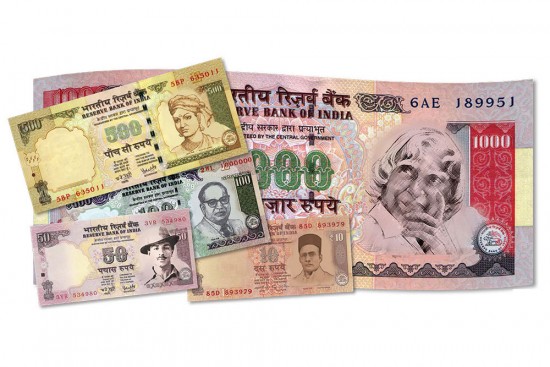 Who Should Be On Rupee Notes?

For nearly 20 years, a picture of Mahatma Gandhi has featured on all Indian rupee notes prin­ted by the Reserve Bank. Now, there are whispers that this feature may become a contenti­ous issue between the central bank and its political overlord, the Union finance ministry headed by Arun Jaitley. It comes soon after Raghuram Rajan’s shock exit as RBI governor.

It is no secret that ever since the half-­smi­­ling face of the Mahatma was placed on currency notes, it has been an eyesore for many right-wing politicians and supporters. They have kept up a strident demand to scrub Gandhi off the notes and replace him with other icons more palatable to their worldview. Many Hindutva groups hold Gandhi res­p­o­nsible for Partition and accuse him of minority ‘appeasement’. This is the basis for pushing for the change, though they are far from building a consensus around any alternative.

So far, the RBI has not approved of any change in the currency’s design to replace or remove Gandhi. The last redesign was in 2013-14, when an RBI committee submitted its design to the government, vetted by the RBI board. Although there were numerous petitions for inclusion of other icons, the board did not clear them. Most proposed design changes accepted by the finance ministry were simply better security features, and part of a regular redesign every five years to beat counterfeits.

The RBI, under Raghuram Rajan, has res­­isted demands to a change of icon from Gandhiji. “There are many great Indians we can get on notes,” Rajan said in 2014, “but I sense that almost everybody else would be controversial.” The reason, says a source, is that Gandhi is considered a “con­­sensus icon”, unlike many proposed replacements. To replace Gandhiji with a lesser figure would thus diminish the symbolic value of featuring a national icon.

The RBI and the fin­ance ministry, which jointly regulate features of notes, regularly receive petitions seeking Gandhi’s remo­val or replacement. An off­icial in the finance ministry and a former RBI official, both responsible for overseeing currency-rel­ated matters, say they rec­eive “hundreds” of suggestions and req­uests under the RTI Act, asking why Gandhi was included on the notes in the first place. Requests to remove Gandhi’s picture are frequent too. But not all such requests are from the right.

“Many people write to us about the curre­ncy design, asking to feature other icons.... People want personal or community idols featured on currency,” says the finance min­­istry official. The former RBI official says the proposed alternatives are diverse, from the Rani of Jhansi to B.R. Ambedkar, from Shivaji to A.P.J. Abdul Kalam.

So far, the government, which has the final call, has chosen not to change the Gandhi image. One factor is the RBI’s reluctance, though the Union finance ministry had in 2015 overruled RBI obj­ections to continuing with the Re 1 note (which bears the finance secretary’s signature, QED). “Anybody else on the rupee notes would invariably be a lesser icon, potentially divisive and politically tough to handle,” says the former RBI official. Despite repeated queries from Outlook, the RBI did not res­pond to a questionnaire on the subject.

“I suppose people might get used to a new face on the rupee notes. But what really matters is the strength of a currency.”
Ajit Ranade, Economist

“Right now, everything is being questio­ned, especially recent history and the Congress’ hegemonic control over our past,” explains economic histo­rian Raman Mah­adevan. “It’s not wrong to question, but the timing is important,” he says, referring to PM Modi’s absolute majority, which eli­minates the NDA government’s need to manage constituents with different views.

Mahadevan points out how the ongoing questioning is not solely from the BJP or RSS. “Even others are starting to see, for instance, Nehru as a ‘superficial secularist’. The right, accordingly, asks why Jan Sangh figures like Shyama Prasad Mookerjee or ideologue Savarkar cannot be featured in our curre­ncy,” he says.

Last year, the Akhil Bharat Hindu Maha­sabha sought removal of Gandhi’s image from the rupee notes in a letter to PM Modi. “Why do we need an icon at all on the currency,” asks its spokesperson, Gyan Swamy. “Gandhi, in our worldview, is neither nationalist nor a good Bharat­iya—he was anti-Hindu and anti-nat­ion,” he says. The letter got no response. “Even this government is only interested in power. They have also succumbed to app­easement,” Gyan Swami complains.

The perceived soft power of these har­d­­line Hindu groups has the Opposition on the back foot. Last year, Maharashtra Congress leader Shehzad Poonawala campaigned to feature A.P.J. Kalam on cur­­rency notes. He wrote to the RBI, the finance ministry and the PM, and got no response. Though he still wishes Kalam were on the notes, he’s more concerned that one change will open a floodgate, thr­­ough which right-wing icons will ove­r­­whelm the currency. “The manner in which history is being rewritten in text books... the manner in which Patel and Netaji are being misinterpreted to suit a right-wing agenda—this government may misuse the idea to promote illegitimate icons like Savarkar through curre­ncy notes at the cost of Gandhiji,” he says.

Indeed, last year, Sakshi Maharaj, a BJP MP, called Nathuram Godse, Gandhi’s killer, a “patriot” and Kailash Vija­yvargiya questioned Gandhi’s contribution towards independence. “I don’t want to run the risk of being asked to bear notes with Godse’s pictures on them. I would burn up such notes even if it’s a crime,” says Poonawala.

Of course, many countries redesign cur­­­­rency to accommodate new icons, but India is conservative. Lord Meghnad Desai says, “India has a rich history not just of kings and political leaders (who are divisive figures) but of poets, mathematicians, scientists, who can all be represented. There should be no one from the last three centuries. For example, why not Bhakti poets of South and North India? Or pioneers such as Charak, for his contribution to medicine. Aryabhatta is another example.”

The US recently put an African-American icon, Harriet Tubman, on the $20 bill. The back of the $5 bill is being red­esigned to feature African-American activist Martin Luther King and former first lady Eleanor Roosevelt. “There is no reason,” says Desai, “to have the same face on notes of every denomination as at present.” Sure. In a country of argumentative Indians, this could open up a Pandora’s box of demands. All eyes are now on the new Reserve Bank governor, who signs most Rupee notes.