Not Waiting For ’Em To Hatch 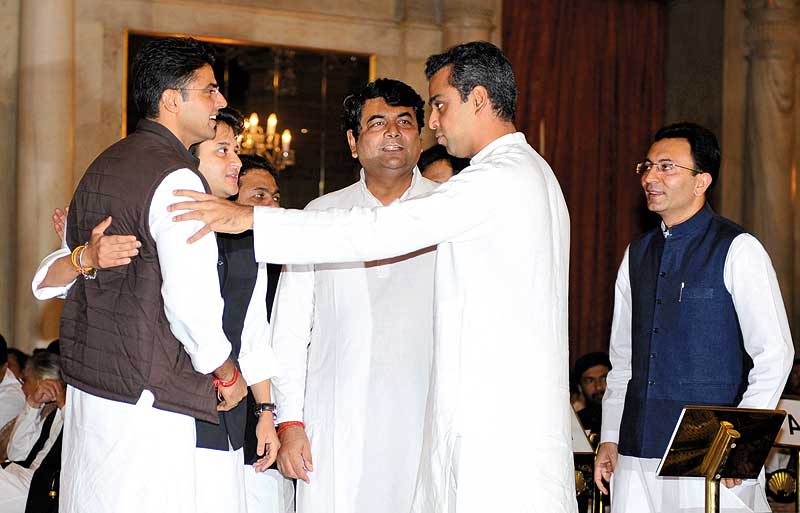 The website of the Indian Youth Congress (IYC) boldly displays a tab headed ‘Our Revolution’. When you click on it, it leads to a page that’s not unlike the board used in a management classroom: it talks of ongoing membership drives, internal elections, professional training of workers, performance management... “Want to be part of the transformation?” it asks. It was a process that began in 2009, under the supervision of Rahul Gandhi. What have three years of “transformation” yielded?

Expectations were high, especially when it came to ridding the IYC of the babalog who had made the organisation more of a fiefdom. Former election commissioners J.M. Lyngdoh and K.J. Rao were asked to help reframe the entire IYC structure. Their mandate was to ensure a decentralised selection process and a free-and-fair election to deliver new leaders.

This approach was implemented for the first time in the 2010 IYC elections. Until  then, the organisation followed a nomination system for selecting representatives. The last major intake of young leaders into the IYC had been under Sanjay Gandhi: leaders inducted then—like Digvijay Singh, Kamal Nath and Ghulam Nabi Azad—are well past 60 today.

Rahul’s decision to take over the IYC was supposed to work like a silver bullet for the IYC’s woes. Despite opposition from privileged political families in the Congress, it was pushed through.

Under the reformed electoral process, the organisation’s membership was on the upswing in 2010. Presently an 834-member national committee headed by Rajeev Satav, who comes from Maharastra, heads the IYC. But most of these new members find themselves in a cesspool, with little political activity to undertake on the ground. And membership entries are still being finalised; many feel the campaign has received mixed response in the states.

An IYC member from Rae Bareli says, “I’m surprised to see Rahul take so little interest in the IYC now. If this continues, the IYC will lose its charm.” A senior IYC leader says, “Meenakshi Natarajan, who’s now looking after the IYC, can’t be a replacement for Rahul.”

A young leader from the south  says it is too early to deliver a verdict. “One should wait. Many new faces have emerged in the past three years, which is a good sign.” But an old IYC leader says, “Roping in Sam Pitroda and Lyngdoh is not enough to develop a political organisation. IYC needs the leadership, support, involvement and interest of Rahul. It was Rahul who had initiated this entire transformation and he should not leave the eggs before they hatch.”

The Baba And The Blusterer