Not Un Certain Regard

Sunny Leone’s journey: from a fleshly diva to a more rounded repertoire 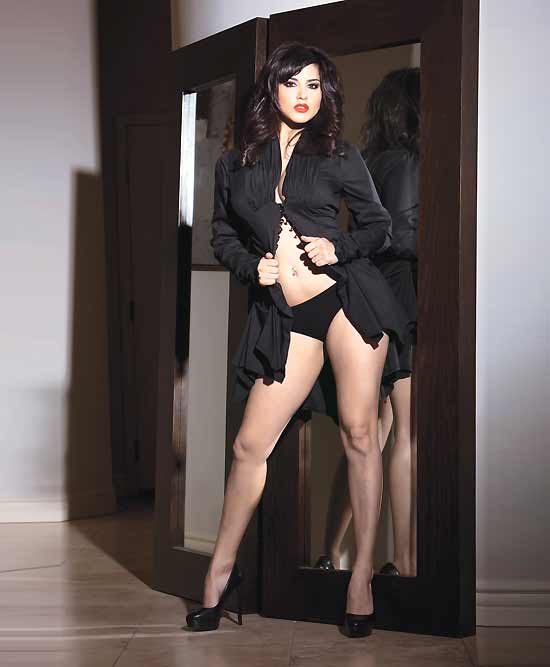 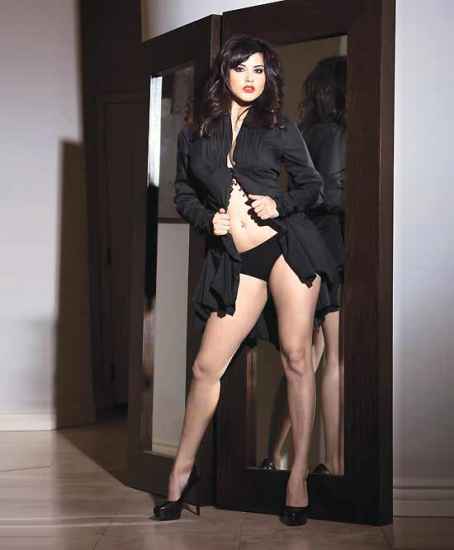 Sunny Leone admits to being in a state of shock. “It will take a week for it to settle down in my mind and heart,” she says. We catch up with her just when she has delivered some unexpected numbers. Sunny’s latest Bollywood film, Ragini MMS2, has had an amazing weekend box office collection of Rs 23.3 crore. In between giggles of obvious happiness and the constant assertion—“God alone knows what the future will bring to me”—Sunny can’t help not revealing her ultimate aspiration: of gliding smooth as silk into the mainstream. After reigning on the fringes, the ex-porn-star of international repute (see box) is seeking the respectability of the conventional. “I always wanted to be in the mainstr­eam, to do good films with good filmmakers,” she says. But the question that comes kno­cking on everyone’s mind is if she will ever be adm­itted into our traditional pantheon of heroines? The answer hovers between a yes and a no.

Also, Ragini’s Sunny seems to be at a real-life juncture: trying hard to showcase herself as an actor. But her entry into Big Boss 5 could well have been that first step towards this much desired reinvention, though Sunny now looks back at it as “whim, hunch, intuition” rather than a conscious decision. “I had no idea about the Indian TV and film industry. Big Boss just happened, but in hindsight, it’s the best decision I have ever taken; otherwise, I wouldn’t be in the position where I am now,” she says. Her entry came at a fortuitous time, when ‘adult’ cinema was being treated adult-like, rather than being swept under the carpet, confined to morning shows in seedy halls. “It wasn’t as though I was reinventing the wheel, doing things that someone else hadn’t done before,” she says. Bip­asha and Mallika had trod her territory, albeit a lot more softly. “Many have tried and worked towards being associated with ‘provocative’, but it has proved to be a natural extension of Sunny’s previous work profile,” says Pareek. She is also different from other sleaze dolls like Poonam Pandey or Sherlyn Chopra. Per­haps because Sunny doesn’t have to try so hard (or play/act the sexual rebel), and is easygoing with who she is and what she does. “I am comfortable with myself and I regret no decisions,” she says. “Her international status creates value. She is classy, not tacky,” says Kapoor.

It’s truly an out-of-body experience to watch her on screen in a hall filled with hormonal young men, their collective, orgiastic wolf-whistles scarier than the ghosts and the witch in the film. Like any other porn star, Sunny effortlessly brings out the silly boy in any grown-up man. Even the sombre Outlook office gets col­l­ectively keyed up about which pictures of hers to use in the magazine. The words I write on her, obviously, don’t matter. Why would they? As expected, her life is spread out like a salacious book on the internet. This profile, certainly, wouldn’t add much to the information pool that brimmeth over. Her intimate details are all in the public realm: from her relationship with standup comic Russell Peters and her Audi 5 to when she kissed for the first time and the infamous breast augmentation.

Sunny is too busy to care. “The most that I have ever worked has been in 2013,  and 2014 seems to be shaping up even better,” she says. Coming up next is Tina and Lolo—about two women on the run. “You won’t miss the usual me,” she tantalises. “There are bold scenes in the film, but it’s in a lighter vein. It’s a cute film, where I have done comedy for the first time.” Meanwhile, as we go to press, Ragini MMS2 seems to have made Rs 31.3 crore in five days. It has also led the little-known Hindu Janjagruti Samiti, in its memorandum to the Central Board of Film Certification, to demand a ban on it, as well as Sunny’s deportation from India. The journey from porn to adult to universal acceptance has only just begun for Sunny, but her filmography ahead is bound to chart a transitory course.

A Loose Argument Of Statues With Big Egos