The much-touted Indo-US nuclear deal may just be our bane. Eminent Indian scientists on how it could affect our future. 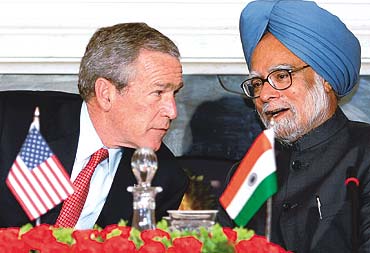 A. Gopalakrishnan Ex-Chairman, AERB:
How can you get energy security if reactor fuel is sanctioned for only, say, two years at a time? We should walk away unless the Americans completely rehash the Act, come up with a new one.

Placid Rodriguez Former Director, IGCAR:
Each clause is an affront to the self-respect and sovereignty of India. The entire Act is premised on the supposition that India’s foreign policy is ‘congruent’ to that of the US.

A.N. Prasad Former Director, BARC:
It’s clear the US intends to stretch the tentacles of non-proliferation over every aspect of our nuclear activity, whether strategic or civilian. They will also get access to our people...this will lead to attrition.

P.K. Iyengar Former Chairman, Atomic Energy Commission:
There is enough leverage in the Act for the Americans to start that business (vilification campaigns) again. Every DAE employee is in danger of being targeted...for some silly reason.

M.R. Iyer Ex-IAEA Inspector in North Korea:
The US is not committed to the CTBT, but the Act commits India not to test! This Act is more an Indo-US non-proliferation initiative rather than an energy cooperation initiative.

For nearly 18 breathless months, the...