A sweeping novel reaches back to an early Chinese worker in Assam, and tells the story of his hapless descendant and his kinsmen during the 1962 War 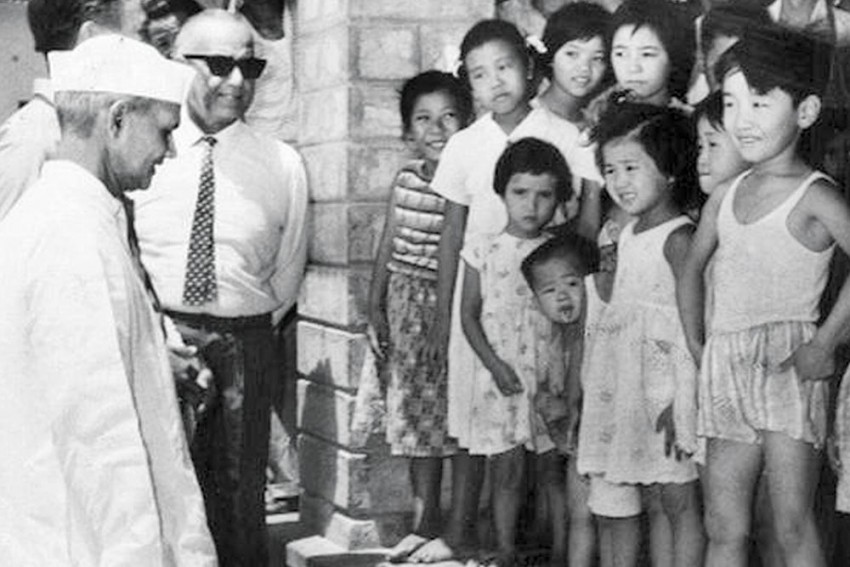 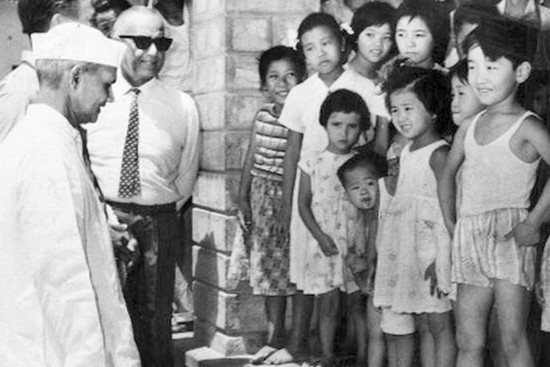 In 1962, the ‘Hindi Chini Bhai Bhai’ construct was splintered by the Sino-­Indian border conflict, sowing seeds of mistrust between the two neighbours. The war is remembered in many ways: as betrayal, as blunder, as political turning point, and as a continuing irritant in ties bet­ween the two nations. But what rem­ains a blip in memory is the tragic upheavals faced by the Chinese community in India. Thousands of Chinese settlers were forced to leave their homes overnight following a frenzy of anti-China sentiment and bundled off by train to a large internment camp in Rajasthan’s Deoli. Families were torn apart, properties confiscated, business establishments looted, livelihoods lost and the ethnic conclaves called Chinatowns reduced to ghost towns.

Rita Chowdhury’s Chinatown Days, an English translation of her acclaimed Ass­­amese work Makam, brings to life this shameful chapter. The novel wea­ves in mul­tiple strands of narratives, histories and timelines to bring a heart-rending tale of the disruptions faced by the Ass­a­mese-Chinese settlers of the town of Makum.

The novel opens with Arunabh Bora, an Assamese novelist, recalling his meeting with an angry Chinese writer, Lailin Tham, in Canada. Lailin’s hatred for India and Indians unlocks the “doors of an unimaginable past”. That past is revealed to be Makum, with its tea gardens and a large community of mixed Assamese-Chinese descent who inhabit the Cheena­patti (Chinatown). Early Chinese imm­­i­­grants who worked in the tea estates had married local women and spawned a community that assimilated both cultures.

Chowdhury gives us more than a glimpse of Makum’s idyllic life, through the Chinese New Year celebrations, the shy courtship of two young lovers, Mei Lin and Pulok Baruah, football matches and inter-community weddings. Until gun­­fire from across the border changes it all one October dawn of 1962. The Ass­am­ese-Chinese are branded as enemies. Their thriving businesses suffer, they are ostracised and rounded up as PoWs. The viciousness of war doesn’t even spare newlyweds Pulok and Mei Lin, despite their love holding out against the envelop­ing darkness of hate. Mei Lin is torn away from Pulok and forced into the ‘Enemy Train’ to the faraway detention camp.

The community, which believed their “destinies were mixed with the soil of Assam”, finds itself banished to the deserts of Rajasthan. But worse is to follow. Many, including a pregnant Mei Lin, are deported to China, where they again become outcasts. Forced into hard labour in Maoist China, they are despised by the locals, who see them as enemies and usurpers of land. The refugees, who were better off in India, learn to live on meagre rations and Communist indoctrination.

Many Indian-Chinese were rounded off and sent off to the internment camp in Deora, Rajasthan. Cruelly, some were deported to China, where they faced severe ostracism.

Chowdhury has given us a vast canvas, spanning almost two centuries and peopled by an array of characters. Mei Lin’s ancestry is traced to Ho Han, one of the first Chinese immigrants brought to Upper Assam, when dense forests were making way for tea plantations.

It was also the time when the British were looking to supplant Chinese mon­opoly over tea to satiate its national obs­ession for the beverage. In the early 1820s, a Scottish explorer and trader, Robert Bruce, discovered that a plant in the upper reaches of Assam produced a brew similar to tea. But it wasn’t until over a decade later that his brother Charles, an East India Company official, introduced Assam tea to the West. This changed the course of tea trade. As tea gardens mushroomed in the Northeast, Chinese junks ferried skilled labourers from the Canton region.

Ho Han, Mei Lin’s great grandfather, came as one and made India his home. Chowdhury captures the horrors of the slave trade through the life of Ho Han, who is sold first as a four-year-old by his impoverished father in famine-ridden China and then shipped again along with other slaves to work in the many colonies of the British Empire.

This tale of enduring migration is shared through private, fragmented mem­ories of people who Chowdhury met. Her extensive research is evident, as she details the run-up to the war, the vacillating political climate, and the anxieties of a community, viewed merely as collateral damage by the state. The futility of war is echoed by Arunabh as he reads out from his novel within the novel: “The Sino-Indian war is just a chapter of history. But there remains a wound that will never heal.... There rem­ains a multitude of rootless people who will carry with them a legacy of loss to the end of time....”

Amid the bleakness, Ho Han and Mei Lin stand out, with their quiet fortitude and optimism, epitomising the Ernest Heming­way code of the hero. Of grace under pressure.

The Saint, The Boozer, The Poet