Home  »  Magazine  »  Business  » Gift Of Gab »  Not Just MBA Degree, Multiple Languages Can Help You Get A Better Job

Not Just MBA Degree, Multiple Languages Can Help You Get A Better Job

As the world shrinks and businesses grow and expand to new reg­ions and countries, business schools have come round to the realisation that people who speak multiple languages have a major competitive advantage. 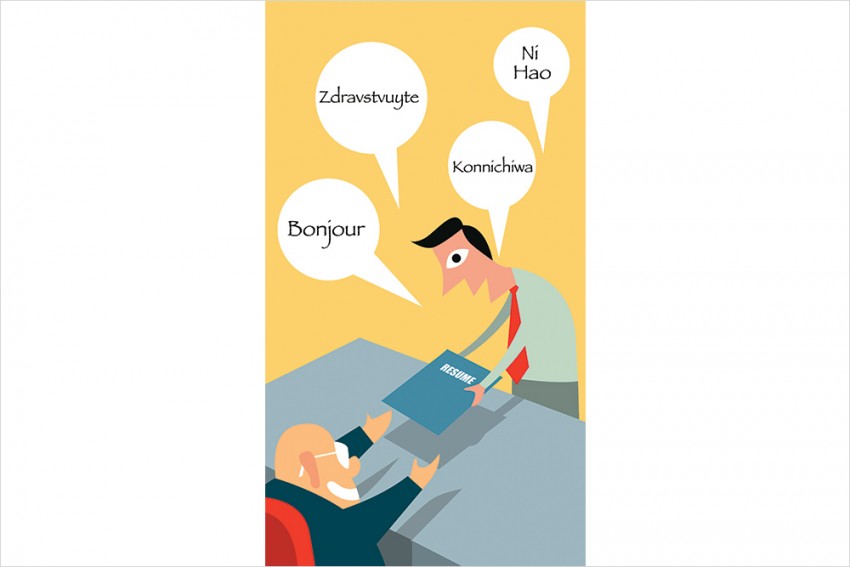 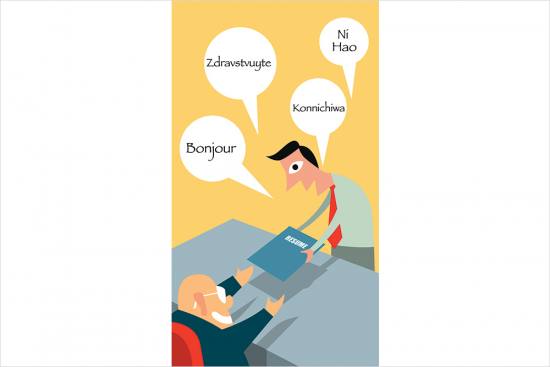 Long before Tarun Anand founded the Universal Business School (USB) in Karjat near Mumbai, he learnt an important lesson while working as the Managing Director of news provider Thomson Reuters’s South Asia bureau. Then based out of Hong Kong, Anand had to frequently interact with Mandarin-speaking Chinese government officials.  “…I was dealing extensively with the People’s Bank of China, the country’s central bank. I learnt Mandarin, which endeared me to the Chinese government officials, as every meeting began in Mandarin. This was a game-changer and helped us win contracts,” Anand tells Outlook. The key takeaway for Anand during his 25-year-long stint with Thomson Reuters is that knowing multiple languages can give you a significant advantage. It’s a lesson he is now passing on to students of his B-school where learning at least one foreign language is mandatory.

Having just an MBA degree is no longer cool. As the world shrinks and businesses grow and expand to new reg­ions and countries, business schools have come round to the realisation that people who speak multiple languages have a major competitive advantage. Multilingualism adds another weapon to the students’ arsenal as they considerably improve their chance of getting placed in a multi-national company with cross-border ope­rations. Successful business managers say that there was a time when English was the lingua franca for sealing international business deals. Nowadays, for an MBA graduate, knowing the local language not only helps in business transactions but also in developing a better understanding with the clients and customers. No wonder, many business schools around the country have not only made learning a foreign language an option but some have even made it compulsory.

“The whole idea of having compulsory foreign language in our curriculum for management students is that it helps them to integrate better into the foreign community and increases their networking opportunities. India is going to be the supplier of professional manpower to the rest of the world in the coming decades,” says Anand of USB. It is not necessary that students need to be fluent in all the languages. Even a rudimentary knowledge puts across the message that they are putting in an effort to understand another language and their culture. This makes the client happy and helps in building a strong customer relationship. 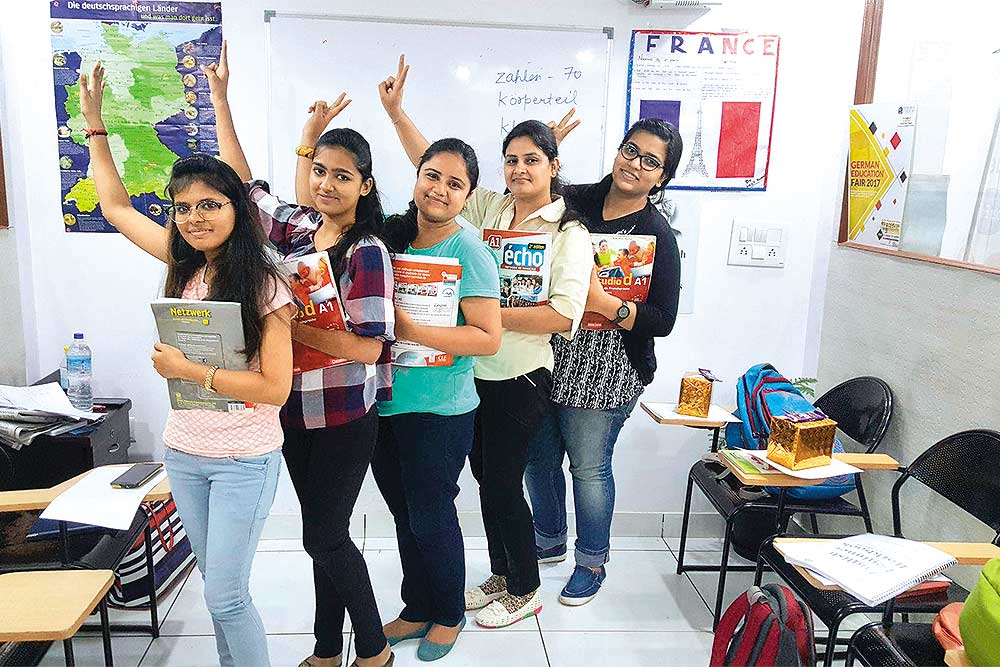 According to salary.com—a US-based company which aggregates and compares compensation package data for both employers and candidates—people can earn five to 20 per cent more than the base rate if they can speak an additional language. A recent report from the influential Economist Intelligence Unit said: “When recruiting for jobs in their home market, almost one-half of all companies say that prospective candidates need to be fluent in a foreign language, and a further 13 percent say that multilingual ability is a key selection criterion” (based on a 2012 survey targeted at 572 executives in Europe, Asia Pacific, North America and Latin America).

The business landscape is changing at a much faster pace than expected, which gives more opportunities to those who know more than one language. Dr Shailendra K. Rai, associate professor with MDI, Gurgaon says, “When businesses are expanding the world over, business students cannot remain savvy with one language alone in this borderless world.”  However, just learning a foreign language should not be taken as a passport to succeed in business. Rather, it is a means to making people more acceptable to other cultures and traditions which, in turn, helps them secure opportunities in different business sectors and in different countries.  “It should be seen as a way of connecting with other cultures. Knowing a foreign language broadens the horizons and gives business students an insight into other cultures and people’s lives. In addition, the ability to speak a foreign language improves their multi-tasking ability and helps them make better rational decisions,” adds Dr Rai.

Indian companies, as well as companies having operations in the country, have started evaluating their employees on their foreign language proficiencies.  Multilingual employees often earn more money as their role in the company is greater and they are in a better position to meet foreign clients and handle important projects. It increases their chance of being part of strategic global projects. Such individuals can help the organisation develop a strong rapport with the clients, and also to increase the credibility of the organisation. A greater trust factor is built between the client and the company. In many instances, the chances of repeat business also increase many folds.

“The demand for multilingual candidates is increasing each year by more than 20 per cent.  And there is a massive requirement for multilingual business managers in the country,” says Rai. Learning more languages means that one can network instantly and can be comfortable in working with people from different cultures. Anand’s school USB, for instance, offers French, Spanish, German, Mandarin and even Russian to the students. Germany is opening up its borders and China is on a recruiting spree. “Students of USB spend four months in Europe in the International Business program and have a one-year compulsory stay in Paris under the INSEEC and Swiss School of Management programme. They study for six months and get a paid internship in Paris. They have internship opportunities also in Columbia, Brazil and Argentina and hence Spanish becomes a key in navigating these markets,” he says.

There is no particular career where being multilingual helps the most. In a global village where jobs are cross-country and cross-functional, knowing more than one language will help increase career prospects. Indian companies have realised that their greatest potential markets are not confined only to Indian markets but also across the borders, so foreign language skills are pivotal. In a hyperactive globalised business environment, knowing foreign language makes the difference between good and great performance.

MDI Gurgaon offers French, German and Spanish. A plethora of French, German, Chinese, Japanese companies are operating in India and they require quite a great number of people with foreign language proficiency. The demand for managerial competencies coupled with multilingual is the order of the new world.

Dr Rai says, “Contemporary companies are now in search of geographically and culturally flexible business managers, those who can swiftly adapt to the new environments and those who can build cross-cultural bridges across the borders. Such managers will become the future business leaders.”

IIM-Calcutta has courses on cross-cultural management and communication as part of the curriculum. Foreign language courses are offered as a co-curricular activity which prepares them better for global industries. The foreign language courses that IIM-Calcutta offers, other than English, are Mandarin, Japanese, German, Spanish and French. Dr Prashant Mishra, the dean of IIM-Calcutta says, “A large number of our students are interested in international exchange programmes, dual degree programmes, international internships and final placement in foreign locations. MNC firms recruiting for overseas internship and employment do give due weight to foreign language proficiency in many cases.”

Globalisation is a reality and, through technology, business leaders are managing businesses remotely. A person speaking their language is trusted more by foreign investors and partners. It is critical to understanding different cultures, which in turn is necessary for managing relationships in international business. Ashraf Engineer, a communication strategy consultant says, “To build relationships, especially internationally, you need effective communication. Being multilingual means more opportunities because businesses are looking for those who can establish such connections.”

With evolving businesses and easily accessible borders, it can be a huge disadvantage for an individual to be limited to just one language. Apart from the growing popularity of foreign languages, learning a second language makes people stand out from the crowd. People perceive them as more receptive of different traditions and cultures which tend to open doors to innumerable opportunities.

Niyati Nigam, presently an MBA student of MDI Gurgaon says, “Before doing my MBA, when I was doing my engineering, most of the robotic drawing, the language used was German. Since I had learnt German it was an added advantage to me. Now the international management degree is more about negotiating a deal. If you know that particular foreign language, you are able to negotiate better.” 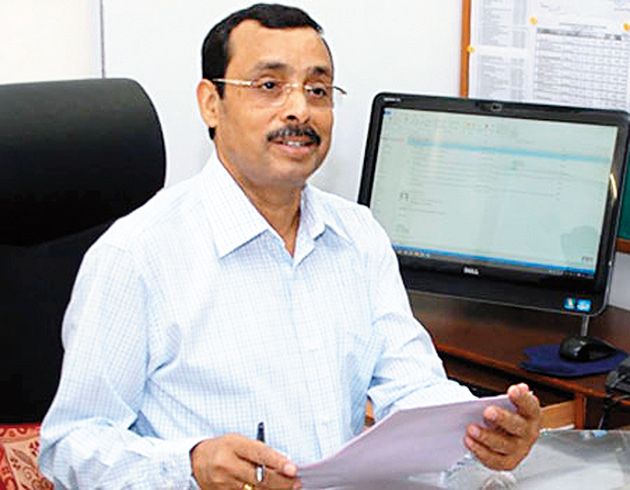 “Learning a new language can widen your network and help you to develop contacts,” says Sunil Shukla of EDII

Shraddha Kar, chief human resource officer at SRC Infra Pvt Ltd., Hyderabad chose Mandarin Chinese when she was doing her MBA. She felt it will help her to compete in the global economy. Says Kar, “Since I knew Mandarin, I got hired easily as they were looking for people who could speak Chinese and that worked to my advantage.” Dr Sunil Shukla, director, Entrepreneurship Development Institute of India (EDII) says that knowing a new language reduces the language barrier and open up gates to a large group of professionals and individuals who speak the same language thereby widening their network.

Research says that multi-lingual people tend to have a more logical and rational thought process as compared to monolinguals. “Knowing more than two languages can help you toggle between two languages effortlessly without breaking a thought process which improves the decision-making process and help you come to a meaningful conclusion to a situation,” adds Dr Shukla. Learning a foreign language also helps people filter out irrelevant and unnecessary information and help them focus only on important details. Multilingual are apparently good at spotting misleading information, especially in documents and paperwork thereby, helping them avoid any kind of business crisis. If an MBA professional goes to a foreign country and knows the local language, it becomes easy for him/her to know what people are saying without them realising.

The Top Five Foreign Languages To Learn In India

French: The most popular foreign language in India; also a part of the curriculum in many schools. Globally, it is the second most studied language after English and is spoken in over 30 countries. It is very useful in the corporate sector.

German: The second most preferred language in India. Since Germany is an economic powerhouse, there are a lot of and business opportunities for youngsters. Taught in 500-odd schools and colleges across India.

Spanish: Spanish is one of the most widely spoken languages in the world and the third popular foreign language in India. It is advisable for those in travel and tourism, event management and media to learn this language. Also, there is growing business relations between India and Hispanic countries.

Japanese: Due to the growing Indo-Japan relation, the demand for the Japanese language is high and Japanese companies are also expanding operations in India. However, this is also one of the most demanding languages.

Mandarin Chinese: For competing in the global economy, knowing the Chinese language is a huge advantage. China has become a huge market and international business hub and companies are looking for professionals who speak Chinese.

'MBA Degree Is Evolving, Only Those Who Upgrade Their Skills Will Thrive'