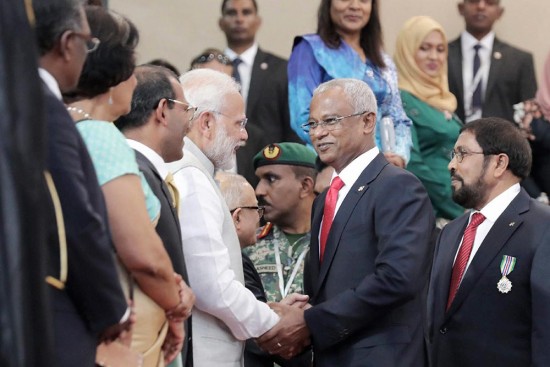 When a newly-elected president of Maldives prepares for an official visit to India soon after his country publicly expresses its desire to pull out of a Free Trade Agreement with China, the diplomatic import of such a decision is likely to be felt in capitals far beyond Male’s shores.

The proposed visit of Ibrahim Mohamed Solih is likely to take place in the third week of December—his first foreign tour after being elected head of state of this strategically important Indian Ocean archipelago nation. His foreign minister Shahid Abdulla’s two-day visit to Delhi from November 26 is likely to firm up the exact date and programme of Solih’s tour.