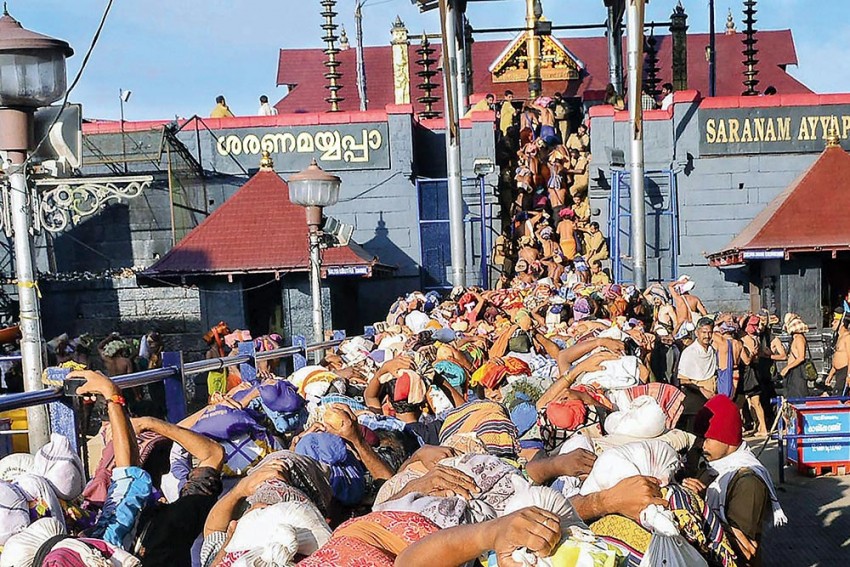 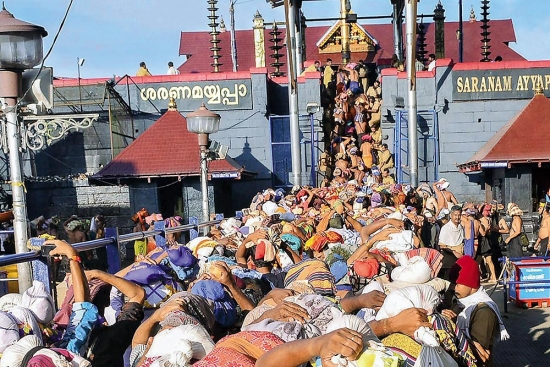 The Kerala floods are unprecedented in their furious destruction. But the swirling waters that took away lives, property and infrastructure have left beh­ind warning signals of unprecedented moral decay as well, which should deeply bother us as a society and as a nation. They brought us an opportunity to ponder over the nadir touched by the consciousness of some of our fellow citizens. I cannot recall another occasion when the suffering of so many people brought moments of mirth to some, who unabashedly took to social media for celebrating the ‘divine’ retribution against Muslims, Christians, Communists and, of course, ‘beef-eating’ Hindus.

While ‘God’s own country’ was braving the tragedy with the heroic acts of its ordinary people, especially the fisherfolk, and many from outside the state were extending a helping hand, social media and WhatsApp groups were flooded with calls to celebrate with sweets the weatherman’s warning of more rain. No prizes for guessing from which side of the political spectrum such hatred was emanating.

A viral WhatsApp message was dissuading people from contributing to the Kerala CM’s relief fund by claiming that it was the rich and resourceful who had taken the brunt. People circulating such messages seemed to have taken leave of even rudimentary common sense. The rising waters can’t discriminate between rich and poor, believer and atheist, Hindu and non-Hindu. It takes no great brains to understand that the rich and influential (irrespective of their caste or community) are likely to be less affected in any disaster, any­where, than the poor and marginalised—again irrespective of caste or community. In Kerala, it is mostly the poor who have been sheltered in the relief camps set up by the state government. By August 20, more than a million people had reached over 5,000 camps. In places like Kuttanad, more than 97 per cent of the population had to be relocated. Red alerts were declared in 12 of the state’s 14 districts at various points of time, often simultaneously.

Clearly, there were political forces at work that wanted to malign the Kerala government come what may. They stooped to the extent of dragging the Indian Army into it—a fake message claiming to be from a high-ranking army official and blaming the CM for not allowing the army to act went viral. The army had to issue a denial and clarification.

The choice is between ­delirious ­plunder of ­nature and ­development with inclusion, justice and restraint.

The spread of hatred we saw during the Kerala tragedy would have been bothersome even if it represented merely the isolated stupidity of some ‘fringe’ elements. The fact that this hate campaign was ­organised and exe­cuted with precision indicates a method in the apparent madness. The larger pattern is one that has been emerging across the country over the past couple of years, revealing a mindset that exonerates—in fact, celebrates—mob ‘justice’ and lynching in the name of hurt religious or political sentiments. The systematically ‘spontaneous’ hateful reactions to the Kerala tragedy are part of the same project as the lynchings—the project of transforming the sentiment of nationalism from being participative and reassuring into something frighteningly aggressive, with large sections of society turned into unthinking and insensitive instruments of political design.

The politics of hateful exclusions in any ­society, particular in one as diverse as India, cannot succeed without turning human beings into political robots. The fact that some people can go to this extent in the event of such a human tragedy is a dire warning that we are fast turning not merely into a sharply divided polity, but an insane society as well.

There was a ‘message’ from a leading NRI son of Bharat Mata, who after abandoning Bharat Mata for good, settled in the pastures of green cards and enjoys leading his folk from afar. This gentleman wanted fellow Hindus to donate in such a way that relief reaches only Hindus, as according to him, Muslims and Christians were helping only ‘their’ own people. He obviously did not mention any specific ­instances of such partisan attitude of Christians or Muslims. Then we had S. Gurumurthy, a Hindutva ideologue who has recently been appointed to the RBI board. He had a suggestion to the Supreme Court—to keep in mind the “one in a million chance” that the suffering in Kerala is punishment from Lord Ayyappa of Sabarimala, as some ungodly folks want women to have the right to enter the temple. One wonders, with what self-assured impunity some people can implicate god in their own pettiness of mind and narrowness of vision!

When Hurricane Katrina rifled through the US east coast in 2005, Christian conservatives had said it was god’s punishment for the gay parades in New Orleans, the hardest-hit city. An identical narrative followed when Hurricane Sandy barrelled down in 2012, leaving a trail of devastation. Thousands of miles away, in another continent, similar causes were dug up and flung through Twitter and Facebook after an overflowing Jhelum inundated its floodplains in Srinagar, the banks people had usurped from the river and colonised. Many were quick to blame Kashmiri Muslim girls’ love for jeans as the cause of the flooding in September 2014.

Yes, in a way, the fury of  the Kerala floods was ‘divine’; but not in as irrational a way as people like Gurumurthy would like to make it. The Madhav Gadgil committee had warned against the delirium of ‘development’ way back in 2011 and insisted on preserving the delicate ecology of the Western Ghats as a whole. It was condemned by politicians and development gurus of all hues from Goa to Kerala. This is no time to point fingers, but it is indeed going to be late, if as a nation, we continue to refuse to listen to the anguished cries of mother nature. Yesterday, it was Uttarakhand, today Kerala, tomorrow it may be some other part of the country.

No one in the right mind will deny the need for housing, roads and other infrastructure—that would be going to the other ext­reme. But, certainly there can be a sense of balance, and respect for the opinion of experts like Gadgil. After all, the great Indian tradition arrived at the consensus of finding the midway between extreme poles millennia ago. In fact, the choice is not between development and environment, but between delirious plunder of nature and development with a sense of inclusion, justice and restraint. Forgetting this simple and profound truth will contribute to fast spreading insanity in its own way.

Given the peculiar attitude of the central government in meeting the needs of assistance, including help from abroad, and the slumbering response of the most NDA-ruled states in the north and west, some people have started talking about a ‘union of southern states’ in order to facilitate a sort of collective bargaining with the Centre. They are arguing about the share of the south in the national kitty being substantially more than the north, and claim a proportionate share in the expenditure. In the present atmosphere of charged emotions, this demand is understandable, but certainly not desirable. We should not forget that in the 1960s, the Shiv Sena targeted people from Kerala working in Mumbai with a similar logic. Then came the turn of Hindi-speaking people. Even today, ideas like ‘union of southern states’ are bound to generate similar counter-­sentiments in the northern parts.

Arguments can also be marshalled either way—in fact, by the same logic, a single city, Mumbai, can claim a very large share of resources. This is another version of ‘taxpayer’s money’ argument so popular with the vocal middle class, but it just cannot work in a nation characterised by diversities and a political economy plagued by structured inequalities. Such a move, howsoever ‘understandable’ in the given circumstances, will only strengthen those who have vested interest in claiming to speak for the nation, while adding to and accentuating various social div­ides, including the north-south one.

The most important lesson from Kerala is simple and two-fold. We have to simultaneously get rid of the delirium of ‘development at any cost’, and the unprecedented normalisation of insensitivity, aggression and violence.

(Purushottam Agrawal is a writer and linguist.)