'Not Just A Sale, It's A Relationship'

A rapidly expanding Indo-US story, one that begins with F-16s and moves on to F-35s, the joint strike fighter of the future. 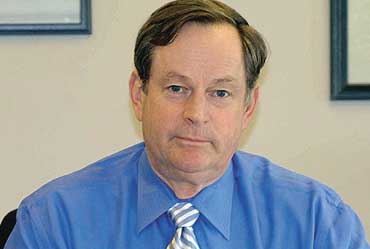 outlookindia.com
-0001-11-30T00:00:00+0553
Richard Kirkland, vice president of Lockheed Martin, would like his $34-billion defence empire to be an important chapter in the rapidly expanding Indo-US story, one that begins with F-16s and moves on to F-35s, the joint strike fighter of the future. Excerpts from an interview:

Why should India buy fighter aircraft from the US?
This is new to both sides but there is a dialogue between our two governments as to where we ought to be going. We have common interests in national security, protection of sources of energy, space and business. We see the relationship in much broader terms. It is one of those grand inflexion points in history and the crown jewel of that is the F-16. Our philosophy is one in which we establish enduring relationships with our customers. I see the same thing with India. It is not just a sale, it is a relationship, a cementing of posture through the full spectrum of goods and services only the US can offer. We would like the IAF to be flying side by side with the usaf.

The IAF reportedly prefers the French Mirage 2005 for various reasons. Why should it vote for the F-16?
When it comes to national security, we are very confident the Government of India is going to find the solution in its entirety in the F-16. We have had several competitions against European planes in the heart of Europe where the pressure on the customer is enormous. It is the prime fighter of 24 countries, including many in Europe, and they have come back 49 times for additional planes. The F-16 has proven itself. Its combat record is 70 to 0—never been defeated in combat. The key question for India is to buy a leading-edge capability today which will be refreshed for the next three decades. The F-16 leads to the F-35. My vision of the future is that one day India is going to be flying the F-35. I truly believe it. There is no comparison for the F-35—the French don't offer it, the Russians don't offer it. It only exists for US partners. One day the US and India will co-develop what's going to be next.

When will the F-35 become operational?
It has already flown, it is already in production. You can touch it and feel it. It will be part of the usaf by 2012.

The future of weapons is said to lie beyond "visibility"...
In the battle of the future, when the F-35 is fielded, where do you want to be? The battle of the future becomes an unfair fight. The F-35 still has the aerodynamic performance of F-16 but I can basically walk up to you and tap you on the shoulder and you don't even know I am coming. It isn't invisible but it has a significant advantage that I can operate and you can't. It's like having night vision goggles. Would you rather set up the defence of India by going to a Swedish airplane that can't even envision in its wildest fantasy how they would go to this airplane (F-35)?

Will Lockheed give assurances for spare parts to address worries about reliability?
In the government-to-government agreements between the US and India, there will be language that will address acquisition and long-term support issues. Lockheed Martin will support those agreements. I would like to invite the minister of defence here at some point in time because a dialogue is extremely valuable. We want to be transparent and want to know what it is you are trying to achieve so we can help you achieve it.

Woo To A Kill