Not Befitting The Patriarch

A new biography of A.B. Vajpayee doesn’t miss a beat, but relies heavily on secondary material 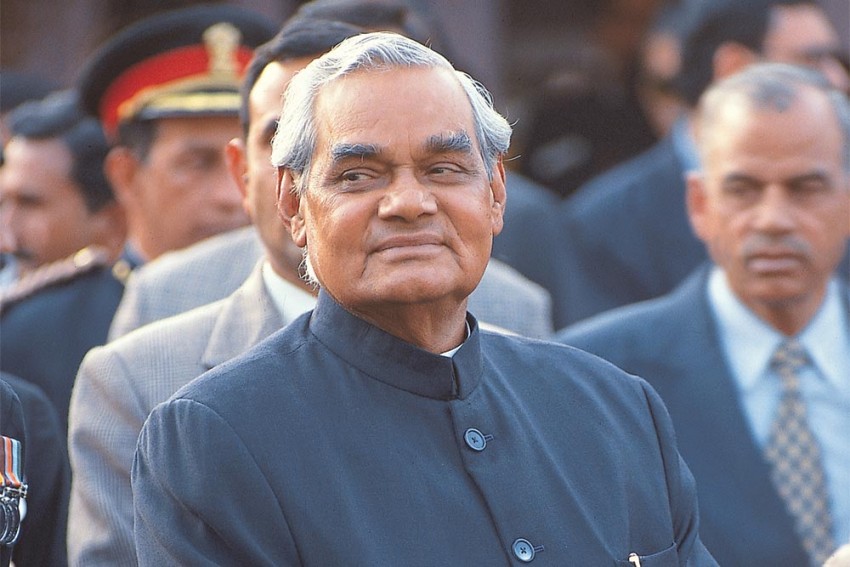 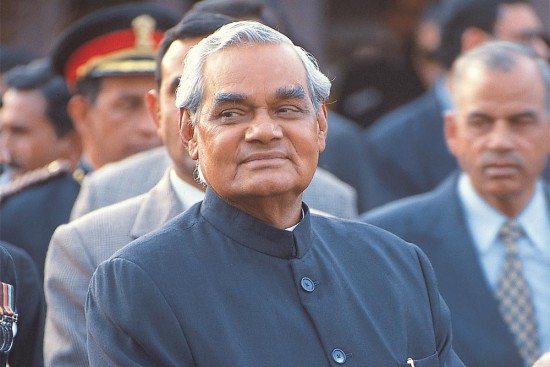 This book under review, authored by Ullekh N.P., is a selective narration of the Indian poli­tical scene spanning over the last seven decades and revolving around the persona of one of the most charismatic politicians in the sub-continent, Atal Behari Vajpayee, often described by his political adversaries as the right person in the wrong party.

Ullekh, whom I don’t remember having met during my six-year stint in the Vajpayee PMO, has worked really hard to marshal, to the extent possible, details of Vajpayee’s life as a bright student, a poet,a journalist, an orator par excellence, a versatile parliamentarian, an honest and open-minded politician, an able administrator and an accomplished statesman. He has also tried to reflect on the developments in different political parties, including the Congress, as well as politico-social outfits like the RSS, especially in the context of the assassination of Mahatma Gandhi.

So much has been written about Vajpayee that it’s not possible to authenticate portions and quotes which Ullekh has used from these volumes to make this book an interesting read.

Ullekh’s research is largely based on a detailed study of media reports over the years concerning the BJP stalwart and his print and audio-visual interviews, his speeches in both houses of parliament, letters and articles he wrote, views exp­ressed about him by his contemporaries and, of course, one-on-one interactions Ullekh had had during the course of writing the book with a large number of individuals who had known or worked with the former prime minister.

So much has been written about Vajpayee till date that it is not possible to authenticate the portions and quotes which Ullekh has picked up from these volumes in an apparent effort to make his work an interesting read. Nor is it necessary to contradict or put the record straight on numerous instances in the narrative, which have been attributed to several individuals who, in their own right, claimed to have a first-hand acc­ount of the developments, episodes and anecdotes narrated anew by the author, who I doubt ever met Vajpayee in person, at least not to my knowledge.

Undoubtedly, the chapters dealing with the three stints of Vajpayee as prime minister, the first for 13 days in 1996, then for 13 months in 1998 and finally for a full five-year term till 2004, are the ones most readers will be interested in going through.

Ullekh has relied heavily on all those listed in the ‘acknowledgments’ section, while dealing with the challenges Vajpayee faced in managing heterogeneous coalition governments with unpredictable partners. The same goes  for the terrorist attack on Parliament, the Kandhar hijacking, Kargil and Godhra etc. The references to intrigues within the former Jan Sangh and its later avatar, BJP, too, are largely second-hand versions culled from various sources.

The author has apparently been careful in handling controversial issues and att­ributes much of the material to someone or the other, as there may be, and there certainly are, contradictory accounts of several sensitive episodes in Vajpayee’s political, social and personal life.

In so far as chronological perspective of the political developments is concerned, the author has rightfully enjoyed the freedom of putting out events in first person. But numerous anecdotes and private conversations which Ullekh had not witnessed also have been produced in first person.   Several of these references, I am afraid, are full of inaccuracies and discrepancies.

Ullekh has also taken the liberty of bel­­­i­­e­ving in myths associated with Vajpayee’s style of functioning, his equations with the Nehru-Gandhi family and his personal life. And there are many factual errors. These inaccuracies may be based on the briefs given to the author, but tend to undermine the authenticity of the references which Ullekh has used to impress readers.

I would rather avoid pin-pointing such dis­­crepancies, some of which may be ina­­dvertent or should be taken in good faith, from those who might have a vested interest in settling a score or winning a brownie point.

The Untold Vajpayee has hardly anything new which previous authors may have missed in their works on Atal Behari Vajpayee. Nor has it thrown any fresh light on the personality of the first non-Congress prime minister who completed a full five year term and who is missed by all shades of political opinions in present day politics, in Parliament as well as outside.

The 50-plus generation, who have nourished a larger-than-life image of Vajpayee for decades, would hardly be enthused by this book. Researchers and the young breed of politicians too, I have to say, may need to consult other reference material to judge the real Vajpayee.

To Everything There’s A Fast Turn