Not A Fast Bowler's Pitch

The Balochistan insurgency is riddled with inner contradictions, interruptions and capacity issues. India will be over-exposed by investing in it. 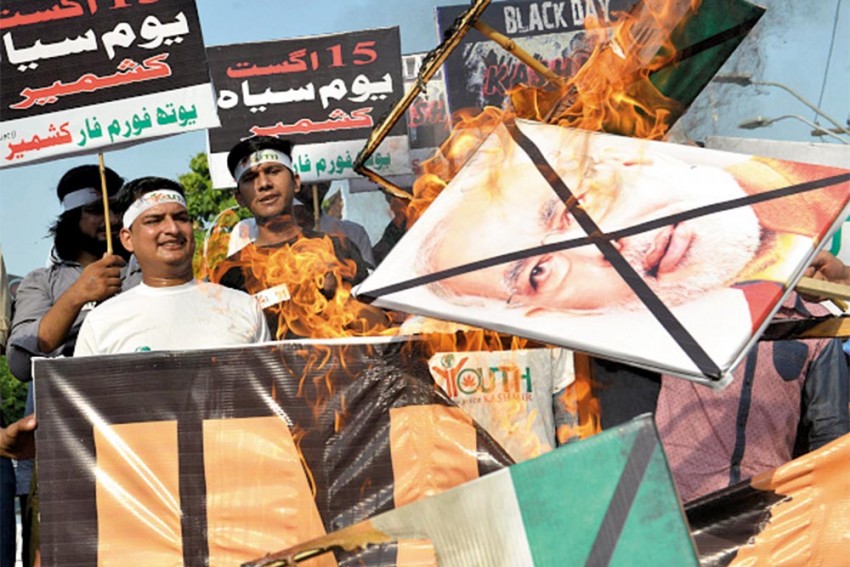 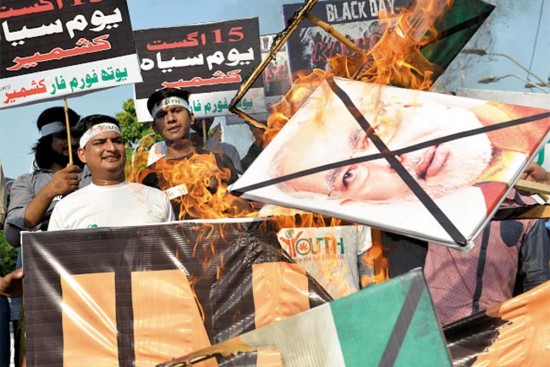 For Pokemon players, watching an India-Pakistan conflict should be exciting, as both the game and the rivalry seem to be played with the same rules of engagement and principle—maximise power to crush each other, with little recourse to fine diplomacy or other means. Both sides seem to have adopted different tactics. For Pakistan’s military-led establishment, the desire is to engage in discreet pinpricking, yet appear saner than India and convince the international community that Pakistan would like to res­olve issues according to certain legal and strategic norms. Thus, within a week of its high commissioner in New Delhi, Abdul Basit, dedicating Pakistan’s national day to the independence of Kashmiris (in the Valley), Islamabad offered to hold talks on the resolution of the Kashmir issue and, for good measure, negotiate a bilateral arrangement on the non-­testing of nuclear weapons. Rawalpindi hopes to use Narendra Modi’s reputation as an authoritarian leader, whose politics has created a greater chasm in society, to its geostrategic advantage.

Modi, on the other hand, wants to play by the same rules that India once freely accused Pakistan of, and so seems ready to take on greater risks for unc­ertain dividends. Islamabad couldn’t have wished for more than what the Indian PM just gave it. According to two former Pakistani ambassadors to the US, Riaz Khokhar and Hussain Haqqani, the dossiers presented to the UN and the US regarding India’s involvement in Balo­chistan did not have enough meat. Now, it may have a stronger case. India already had an audience for its case against Pakistan’s asymmetric warfare. The international community now might warily consider the chances of such a war becoming symmetric.

Putting Balochistan centerstage means India will have to struggle to sensitise the world to this issue. For decades, American author Selig Harrison, and rec­ently, a couple of US Congressmen have spoken in favour of Balochistan. Washington could be tempted to gang up against the China-Pakistan Economic Corridor (CPEC) or teach Pakistan a lesson, but the larger cost of instability in South Asia and heightened tension between two nuclear neighbours could prove more of a distraction. As for the UK, a few years ago it was quite ready to exchange a Baloch tribal leader from the Marri tribe in exchange for the shoe-bombing mastermind, Rashid Rauf. The exchange didn’t happen. Some countries might listen, but it will be a lot of hard work to take Balochistan to the same level as Kashmir, which is recognised as a bilateral dispute by the UN. In fact, existing UN resolutions on Kashmir do not provide a third option to Kashmiris.

Unlike Kashmir, Balochistan, Gilgit-Baltistan and Pakistan-held Kashmir, all three areas Modi mentio­ned in his I-day speech, belong to different categories. Pakistan’s Kashmir may have complaints about lack of development or attention from Islamabad, but it is int­egrated in Pakistan. Similarly, Gilgit-Baltistan’s (GB) issues pertain to a desire for integration in, rather than secession from, Pakistan. For years, the issue is that China has been relatively more responsive to GB than Pakistan—another issue India will have to deal with if it wants to intervene.

The contours of the Baloch­istan conflict are different from that of the Kashmir Valley. Notwithstanding, perhaps, a reluctant integration with Pakistan in 1947, the bulk of its tribal leaders have cooperated with the Pakistani state. Nawab Akbar Bugti, who was assassinated in 2007, was the governor of Balochistan during the military operation in the mid-1970s. Though the Baloch urge for independence is what Modi might hear, the major issue pertains to equitable access to national resources and development. If Modi intends to teach Pakistan the same lesson India did in 1971, he may be disappointed because, unlike East Bengalis, the Baloch do not dominate the territory. In a thinly populated province, space is divided between Baloch and Pashtuns. The current conflict dates back to disagreement over rents and share of development between Nawab Akbar Bugti and an egotistical Gen Pervez Musharraf. It resulted in Bugti’s assassination, provoking a reaction amongst Baloch people.

Though the Baloch urge for independence is what Modi might hear, the major issue there is about an equitable spread of resources and development.

Indubitably, Balochistan has suffered due to inattention by the state, punctuated by oppression. The tribal elite has a rent-seeking relationship with Islamabad, meaning the latter has remained oblivious to the province’s development needs. The friction over rents and ownership of resources has often been violent. In the conflict in the mid-1970s, the Baloch lost almost 6,000 men. The losses in the current conflict are higher. The province has been silenced, and the rest of the country has been starved of knowledge of Balochistan. But would it cause embarrassment to Pakistan? Perhaps not, since the state blocks reportage on Balochistan and will continue to do so.

Modi can try to exploit internal difference, but in doing so he must understand that while India was sil­ent, the Baloch nationalist force was eliminated. Some foreign-based tribal leaders welcomed Modi’s speech. These are people who have occasionally rec­eived support from New Delhi. But their capacity to bleed the state is questionable. A middle-class militant movement lead by Allah Nazar has also been bled profusely. The militants are also considerably weakened due to internal infighting. These armies also lack a political strategy, such as connecting with other disgruntled groups. The killing of poor Saraiki and Sindhi workers in 2015 has further damaged the now-frail Pakistan Oppressed Nations Movement (PONAM). In any case, such attacks indicate the capacity of militant armies that is limited to soft targets.

New Delhi will get over-exposed if it tries to train and invest in these groups, whose ability to penetrate the rest of Pakistan is very limited. It was only in 2014 that a group called the United Bal­och Army took responsibility for launching a terror attack in Islamabad. This was never repeated. These armies are also constrained by the aforementioned dem­ographic shift. In addition, over years, the complexion of the region has undergone a gradual change through the ascendancy of religious militants—some friendly, others unfriendly, to the state. Although Al Qaeda seems to have cultivated the idea of an ind­ependent Islamic state of Balochistan, the group’s presence is systematically checkmated by the state through nurturing other religious groups. These groups are not only meant to keep an eye on Al-Qaeeda or the hostile TTP, but also encourage Pakistan’s brand of nationalism, and help protect the CPEC.

From Rawalpindi’s perspective, Modi’s move is extr­emely predictable. A couple of years ago, the renowned member of Pakistan Human Rights Commission, I.A. Rehman, had warned me about the course Modi may take in face of political vulnerability. Internally, Dalit and religious minority issues stare him in the face. Externally, his great peace initiative in the form of a surprise Lahore visit did not pay off. Added to this frustration is the fear that Rawalpindi might try to capitalise on the recent cycle of unrest in Kashmir the way it did after the indigenous outbreak in 1989. He seems in need to re-establish his image as a tough-talking leader. Modi is certainly overburdened by his own image that may discourage him from thoughtfulness. In this game of realpolitik—and of little concern for Kashmiris or the Baloch—what are the chances that Pakistan will get more troubled internationally with a mention of its human rights violations? If it has survived accusations of supporting the ‘good Taliban’, which is the primary international concern, then this will pass too.

Ayesha Siddiqa is an independent social scientist based in Islamabad and author of Military Inc: Inside Pakistan’s Military Economy. She worked as a civil servant for 11 years in the Pakistani defence establishment where, as director of naval research for the Pakistan navy, she became not only the first civilian but also the first woman in that post. Siddiqa was later deputy director in audit defence services, Lahore Cantonment.