None Can Halt The March

The poor are empowered like never before. No wonder Modi has no challenger. 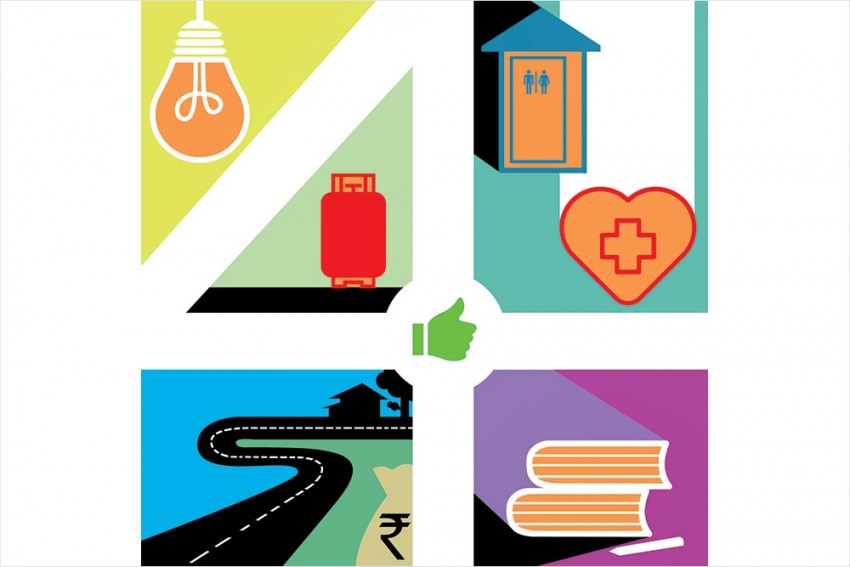 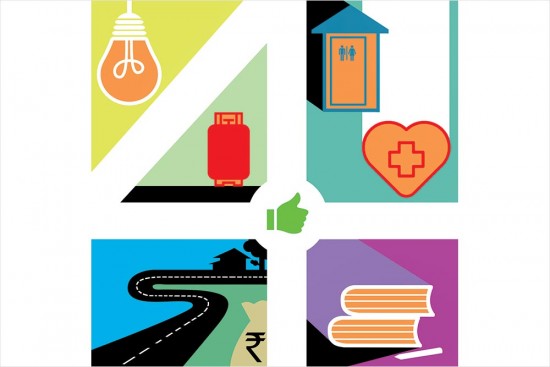 In four years, the Narendra Modi government has directly tried to lift the living standard of 3,100 lakh families through targeted social welfare schemes that no other regime in the past seven decades ever attempted. Instead of the typical populist doles to the poor, the current dispensation devised programmes that give the downtrodden basic support to move out of the vicious circle of indebtedness. In the process, Modi redesigned the economic architecture by trying to redistribute wealth, widen tax base and embolden the last-mile delivery mechanism. This will transform society, make it accountable and law-abiding, forcing crooks to run for cover.

Today, India is the fastest-growing economy at a rate of 7.5 per cent. The country’s GDP in current prices increased by 31 per cent during 2013-17, while the global GDP increased by 4 per cent. Inflation, which was 9.5 per cent under the UPA, has been steady at 3.5 per cent. Till 2014, India had built 93,000 km of national highways, which has today grown to 1,23,000 km. Modi had inherited a power situation mired in scams and scarcity. Today, India is power-surplus.

For the first time, 19,000 villages have got electricity under the Ujjwala Yojana launched to light up every village in the country. No less than 3.5 crore families have got free cooking gas connection out of a target of 800 lakh families. Under the Pradhan Mantri Awas Yojana, 15 crore new houses have been built—in keeping with Modi’s 2022 target of house for all. The new toilets built under the Swachh Bharat Abhiyan are 75 crore. The Mudra Yojana has benefited 12 crore lakh families by providing small loans to start a new living. Modi Care, the new health insurance scheme to provide Rs 5 lakh to each poor family for medical care, will target to cover a good one-third of the country’s population.

Since 2014, rural road-building progressed at 139 km per day as against 69 km till 2014. Last year, India received the largest number of tourists in history, because of the 45 per cent increase in aviation capacity and 30 per cent growth in hotel accommodation. Linking Aadhaar as the ultimate identity of an Indian and the Jan-Dhan Yojana that enrolled 21 crore new bank account holders are the two other flagship projects. An IIT and an AIIMS in every state is a new approach to uplift education and healthcare. It’s under this regime that maximum number of minority children won scholarship for higher studies. Marrying economics with social welfare has been this PM’s biggest achievement: the success of demonetisation and GST has to be seen in this light. It played a major role in eliminating corruption, black money, fake notes and tax evasion.

The two adventurous economic disruptions bestowed Modi the mantle of a socialist messiah and made him the darling of the underprivileged. The schemes were criticised; many experts including former PM Manmohan Singh predicted economic downslide and doom. Modi, though, pulled them off. The conviction to take up economic reforms and stay the course in the midst of adverse reactions has earned Modi a new political base and approval rating.

He has lifted an economy that had lost all hopes of a turnaround because of corruption, low growth rate, policy paralysis, high inflation, slackening FDI inflow and capital flight. Yet, the country that had fallen to the lowest rank in the ease of doing business created a world record by notching up 50 points in just two years. Agriculture growth has almost doubled in the last four years, though farm distress is still an issue. Modi has promised to double the farmer income in five years.

The high fuel prices are a problem area; there is no justification for the high level of taxes that is over 50 per cent of the selling cost. This is a hangover of India’s Socialist days when fuel was considered a luxury item. Modi has inherited a whopping NPA problem to the tune of Rs 10 lakh-crore, which has shattered the capital base of PSU banks. Bringing the culprits to book is a major challenge, but efforts on that are on in any case.

Modi has laid a solid foundation for the economy to grow. This is election year. If Modi is judged on the scales of words and deeds, he has redeemed his promises well and ignited hopes for the future. For 2019, he practically has no challenger. He restructured the economic architecture of the country, redistributed wealth and empowered the poor to stand on their own feet. These are no small achievements.

(The author is a political analyst and member, BJP Committees on Training and Publications.)