'No Question Of Withdrawing Case'

The principal secretary to UP chief minister maintains that the state government is pressing ahead with its case of forgery and fraud against the star. 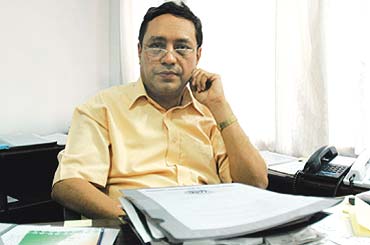 outlookindia.com
-0001-11-30T00:00:00+0553
Sailesh Krishna, principal secretary to UP chief minister Mayawati, has been entrusted with the task of monitoring the Amitabh Bachchan land case in Barabanki district. Krishna maintains that the state government is pressing ahead with its case of forgery and fraud against the star. Excerpts from an interview to Sharat Pradhan:

Is the state government considering withdrawing the case against Amitabh Bachchan?

There is no question of withdrawing the case. I fail to understand under what authority the gram sabha counsel chose to declare that Bachchan could be absolved of all charges if he relinquished his claim to the Daulatpur land.

So, what is the position of the state government vis-a-vis Amitabh Bachchan?

The administration did detect a fraud and forgery in the said allotment of gram sabha land. And the beneficiary was none other than Amitabh Bachchan. The government counsel has already made it loud and clear that we are not prepared to go by any assurance given by the gram sabha counsel, whose conduct surely arouses suspicion.

Can you claim immunity from the law by offering to return goods you were alleged to have acquired through fraudulent means? If he wanted to relinquish his claim to the land, he should have done it on day one. Doing that now is an obvious afterthought at a juncture when he has already been accused of being a beneficiary of a well-orchestrated forgery.

But Bachchan through his counsel has pleaded that he is not to be held responsible, since the alleged fraud/forgery was not committed by him?

Bachchan is well-educated, wise and intelligent enough to understand that the interpolation in official land records was intended to benefit him and he was fully aware that the fruits of the forgery were accruing to him and him alone.