In location and language, I was more an Agrawal from Delhi than an Iyengar from Mysore 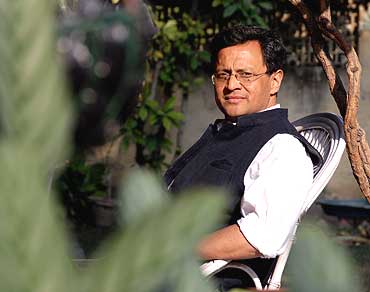 When I was seven or eight, I asked my father where I was from. Or what we were, which seemed, then, to amount to the same thing. My father told me that I was a Kannadiga and that we were from Mysore, the name by which Karnataka was known in 1965. At this time I was a schoolboy in Delhi, so the information was useful; ‘where are you from?’ was the first question you were asked in class. The second question, but second only by a short head, was ‘what does your father do?’.

My father was a librarian and his ‘native place’ was contained, theoretically at least, within his name. South Indians (or Madrasis as they were known in Delhi in the 1960s) often had two initials before their names: the first indicated a place name, the second stood in for the father’s name. So B.S. Kesavan expanded into Bellary Shamanna Kesavan, which made me a Kannadiga from Mysore, and if a classmate wanted me to get more specific, I could even supply an ancestral place name.

Only it wasn’t as cut and dried as it sounded. My father, despite his name, felt no sense of belonging to Bellary. The name was an affectation, a lie: an ancestor who had achieved petty government rank had decided that it was grander to claim Bellary, a district capital, as home, rather than the obscure place to which he belonged, a tiny town called Bindignavale. When, towards the end of his life, he felt the need to return to his origins, my father led a little cavalcade of cars filled with members of his extended family to Bindignavale where his ancestors had endowed a temple.

But even Bindignavale wasn’t where he (or I) began. The clue to a pre-Kannadiga identity lay in the fact that my father spoke Tamil fluently, as did his brothers. Some ten years ago, I visited my uncle in Bangalore...