The Kejriwal challenge is a very real one, the tide is turning his way 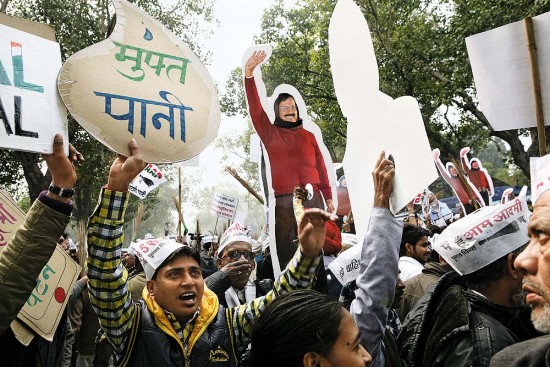 What has made the Aam Aadmi Party so potent in the city state of Delhi? And how has the chemistry changed in the city that voted overwhelmingly for the party of Narendra Modi in the general election last year? Here are 10 reasons for the AAP phenomenon.

Kejriwal, Kejriwal, Kejriwal: The old Bollywood classic Sholay has a dialogue most of us would remember—Loha lohe ko katata hai (iron cuts iron). The success of the BJP now hinges around the cult of Narendra Modi and it’s a chicken and an egg question to ask what came first. Never before has India had a Supreme Leader whose image is omnipresent, particularly in the national capital. An average citizen cannot travel from home to office without seeing at least one Modi poster, if not 10 or more. AAP could not have posed a challenge without a charismatic leader of its own and they have that in Kejriwal.