No One Asked The Musk Deer

The Black Buck stops here. So do the river dolphin, the snow leopard and other kin of the wild, doomed to extinction as India Shining swamps their homes. 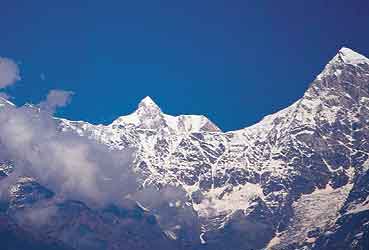 And if the National Board for Wildlife (NBWL), a little-known statutory body chaired by PM, has its way, many Indian parks and sanctuaries might be well on their way to becoming denotified land—denotification of an area implying that it is no longer protected, and can be utilised for commercial development. Ever since the NBWL was created in October last year under the provisions of the amended Wildlife (Protection) Act, 2002, its role has been repeatedly questioned by wildlife conservation experts. "The NBWL was set up with only one agenda: to be a rubber stamp for granting permission for denotification of parks and sanctuaries," says noted conservation expert M.K. Ranjitsinh.

The NBWL's enthusiasm for considering proposals for denotification of national parks or diversion of parkland is evident from the fact that five such proposals were taken up in the first meeting of its standing committee. Reportedly, more than half of the Askot Musk Deer Sanctuary—an important Himalayan biodiversity spot housing the elusive snow leopard and the musk deer—is going to be denotified. In this case, to construct a road to Tibet. There are plans to convert the entire Askot-Binsar region into a development zone. The sanctuary also has several villages—the right to livelihood of these families was severely curtailed when the area was declared a sanctuary in 1955. However, ministry officials deny the Askot denotification has been cleared. "We have only asked the Uttaranchal government to check the feasibility of the proposal," says a government representative on NBWL.

"The assault on our natural heritage is phenomenal," exclaims Pankaj Sekhsaria of Kalpavriksh, a Pune-based environmental action group that works in the area of wildlife conservation. His indignation is perhaps justified in the light of a few facts. For instance, a 15,191 MW cumulative hydroelectric project on the Subansiri river in Arunachal Pradesh, which is a tributary of the Brahmaputra, is severely threatening the future of the Gangetic river dolphin. The river dolphin is a critically endangered species that is now found almost exclusively in the rivers of the unfragmented Brahmaputra system. The hydel project will also submerge more than 3,000 hectares of the lower Subansiri region, an eastern Himalayan biodiversity hotspot. This includes 42 hectares of the Tale Valley sanctuary, which is internationally renowned for its bird species. 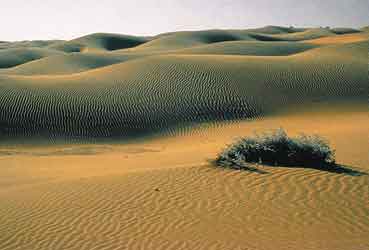 Or take the case of the Great Indian Bustard, another endangered species. Of the 500-odd birds remaining in India, most are found in Rajasthan's Desert National Park. Now, an ongc project to drill for oil and gas in 24.5 hectares of the park is set to permanently distort the habitat of the Bustard, along with the black buck and rare desert cats.

The NBWL, meanwhile, pleads helplessness. A senior official in the wildlife division of the environment and forests ministry puts the blame squarely on the NBWL's predecessor, the Indian Board for Wildlife (IBWL), which was dismantled last year."We can't alter decisions to denotify or divert land IBWL had taken," he says. But what's worse, the NBWL doesn't even seem interested in challenging it.

At the inaugural meeting of the NBWL, it was decided that ongc should pay a fee of only Rs 2 crore for drilling rights in the Desert National Park, down from the Rs 5 crore fee the IBWL had originally suggested. This money would be used to conserve and manage the park. The rationale for scaling down the fee was that if ongc does find oil reserves, it will aid socio-economic development in the area. The Great Indian Bustard, the black buck, the civet cat and unique desert flora and fauna that make up India's rich natural heritage were only minor impediments.

NBWL members insist the board is not lopsided in favour of corporate or development interests at the expense of wildlife and biodiversity. Says Ravi Singh, secretary general of WWF-India and NBWL member, "My impression of the first meeting of the NBWL is positive. We're thinking about wildlife in the right direction. However, it may be incidental to that meeting."

Independent wildlife conservation experts do agree that the NBWL needs time to prove its credentials as a pro-conservation body, but they continue to fret at its composition and the manner in which it was constituted. Of the NBWL's 47 members, a majority are either serving or retired government officials. Prominent ngos in the sector like the WWF and the 120-year-old Bombay Natural History Society were not given its institutional membership. Instead, the independent voice of wildlife conservation is represented by little-known bodies such as the Medicinal Plant Association, Karnataka. WWF members like Singh, appointed to the NBWL in a personal capacity, express regret that their institutions find no representation.

"If your mandate is to grant permission for denotification of parks and sanctuaries, then it's hardly surprising that the NBWL wanted only pliable people," says former IBWL member Ranjitsinh. In charge of intach's Natural Heritage division and who formulated the Wildlife (Protection) Act, 1972, he was unceremoniously dropped when the NBWL was formed. He claims that his opposition to the hydel project on the lower Subansiri in Arunachal led to his exclusion from the NBWL.

Given that haphazard development has steadily destroyed India's wildlife—experts claim that population estimates of endangered fauna have plummeted by 50 per cent in the past 15 years—the NBWL's penchant for entertaining denotification proposals is hardly surprising. Conservationists concede that development is necessary for progress. "But if you have to denotify protected land to make way for commercial activity, at least make sure you add more parkland elsewhere, so that natural habitats can be sustained," says Ranjitsinh. Can the NBWL redeem itself by insisting on such trade-offs?