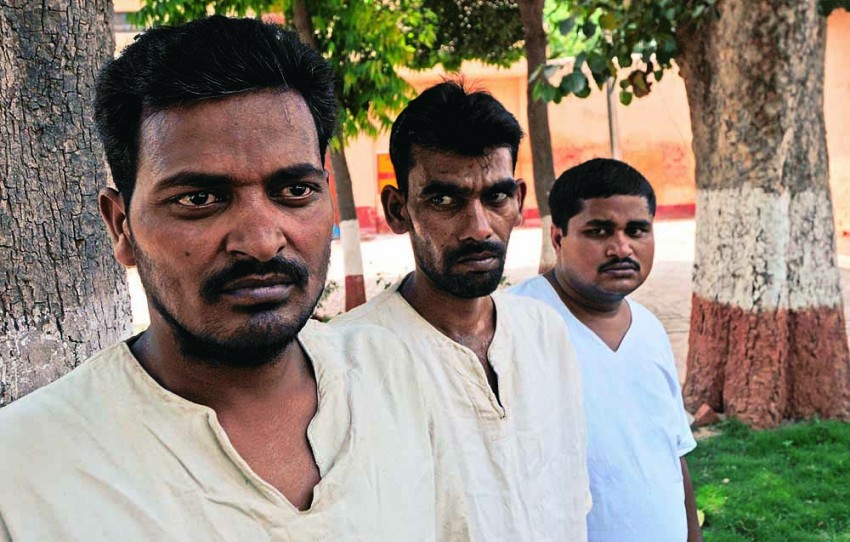 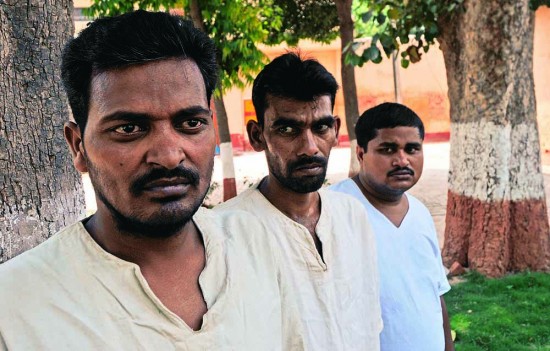 Devendra Nath Rai was a young army soldier, barely 34, when he was charged and court-martialled for the murder of a superior, convicted and given a death sentence. He’s now 56. He has spent the past 22 years in the historic Naini Central Jail in Allahabad, once the British Raj’s favourite dumping ground for freedom fighters, waiting for his own hanging. Deven­dra’s sentence is, literally, hanging—because the mandatory confirmation by the Allah­abad High Court is still awaited. And no one knows how many more years he will have to spend in this purgat­ory-like state. The provisions of Section 366 of the CrPC clearly spell out that “when the court of session passes a death sentence, the proceedings shall be submitted to the high court, and the sentence shall not be executed unless it is confirmed  by the high court”. The suspense is killing, because even in this mandatory function, the HC is empowered to not just confirm or commute the sentence but even to acquit the convict.

Expectedly enough, Devendra’s is not the only case of its type. As many as 99 death sentence convicts are languishing in different jails of Uttar Pradesh—and they have been inside for varying periods, from one year to 22 years. They are all awaiting their turn before the Allahabad HC, simply to know whether they will meet their end in the gallows or be allowed to live, even if it is within the four walls of a prison. What makes matters worse is these inmates are not entitled to bail or par­ole “during the pendency of confirmation of sentence” by the court.

Brooding over these uncertainties for over two decades, it seems, has taken a toll on the mind of the former lance naik of the Signals Corps. Jail authorities admit to having referred him to a psychiatrist for some time. But despite his incoherent talk, he remains consistent on one issue: “I did not kill anyone; I was implicated by my bosses, one of whom actually gunned down the Company havildar major and another soldier for which I am in jail,” Devendra told Outlook outside his barracks at Naini jail. 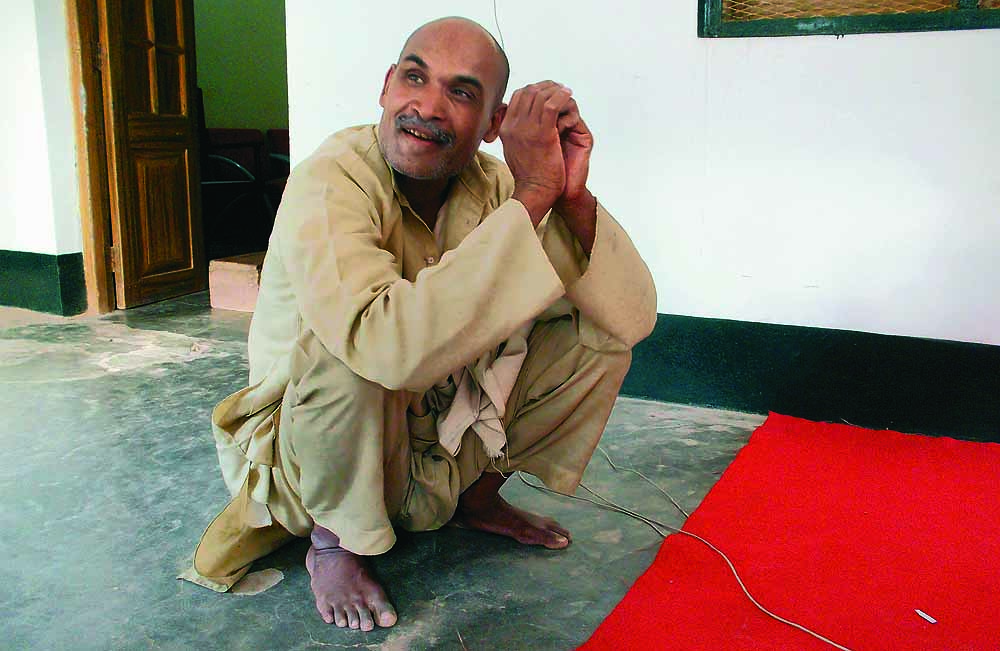 Devendra Nath, Naini Jail
22 years in jail, got death for murder of a superior in the army

Back home in Amethi village under Gambhirpur police circle of Azamgarh district, about 175 km away, Devendra’s wife Mithilesh is equally disillusioned. For what good it’s done, she’s had a routine for the past many years. Every morning she rises, goes out and bows her head to pray before the Lord Shiva statue carefully installed under an ancient peepal tree trunk just at the threshold of her ramshackle home.

These inmates are not allowed parole or bail “during the pendency of confirmation of sentence by the HC”.

It hasn’t helped Devendra’s cause much though. “I am barely able to meet him once a year because it costs a lot of money, nearly a thousand rupees which is more than what I can save over a year,” says an anguished Mithilesh. In the intervening years, she has managed to get two daughters married off though, thanks “to our relatives and people in the neighbourhood”. A third daughter lives with her grandparents in Mumbai where she is pursuing her graduation after which “she hopes to get a job so she is able to fight her father’s court battle”. Sadly, the father could not attend the two weddings because, again, he is not entit­led to parole until the HC comes to a decision. (Devendra coul­dn’t even recall when he had last seen his daughters.)

An assertive high court recently orde­red action against lax bureaucrats and cops sleeping over judicial directives; this  has lent Mithilesh some hope. “I have heard the court has taken serious note of the delays, so I am hoping my husband’s case too would get expedi­ted...I have waited a full lifetime just to know whether I am going to become a widow or not,” Mithilesh says, her eyes welling with tears. “I still haven’t given up hope that the court will commute his sentence to life imprisonment.”

However, even if Mithilesh’s wishful thinking were to come true, it’s not as if Devendra will be set free. The law is usually clear about offsetting the time spent as undertrial against the sentence. But there’s a catch-22 here too. As leading criminal lawyer I.B. Singh points out, “That rule won’t apply as Dev­endra’s punishment hasn’t been con­firmed by the high court. The poor chap’s  life-term (if at all) will come into effect only from the date of confirmation by the HC. Which means all these years he spent behind bars become meaningless.” 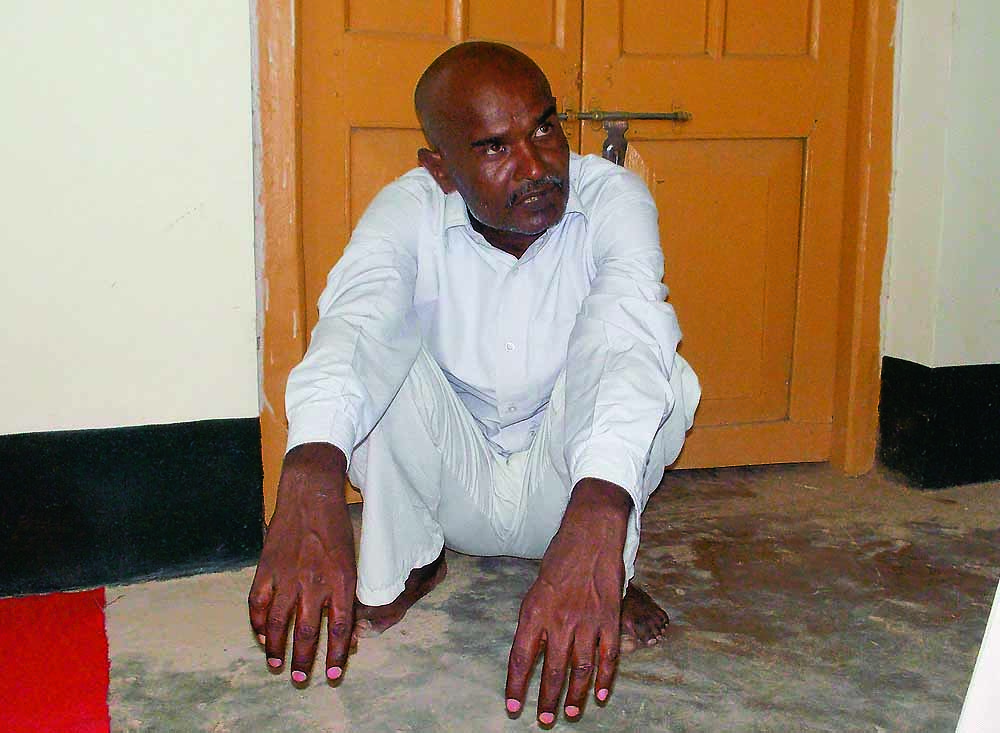 Sukh Lal, Naini Jail
In jail since ’01, killed  the three sons of his father’s murderer 12 years after the event

I.B. Singh, who had earlier fought to get reprieve for 42 women convicts and und­­ertrials languishing in Lucknow jail for over two decades, is appalled with the rights violation involved. “It’s time the judiciary as a whole rises to save people from such avoidable physical harassment and mental agony; after all letting matters relating to their life and death hang fire for years is making the poor convicts die a thousand deaths before they meet their actual end,” he feels.

Cases like Devendra’s are spread across 27 jails of the state. One such comes from another historic penal institution, the 153-year-old Barabanki jail, where three mothers are anxiously waiting for their respective sons, convicted of the murder of a cousin’s wife. Police records say they are guilty of “pre-meditated, cold-bloo­ded murder”, believed to be over an old family property dispute, but the mothers insist they are innocent. The accused, Karan Singh, Babloo and Rakesh Kumar claim they were “working in Lucknow when the murder took place but because of the old land dispute between our families we were falsely implicated”.

The murder took place in Ladai ka Purwa village under Loni Katra police circle of Barabanki district on January 12, ’04. The conviction came seven years later. And while the ratification of their death sentence was awaited, they moved an appeal before the HC, which reserved its verdict sometime in February last. The mothers are hoping for a possible reprieve in the appeal. “The witnesses have disclosed in the HC how they were compelled to give tutored statements against our sons,” they told Outlook.

Incidentally, all three mothers are widows who have mortgaged parts of their small one bigha of land to pay the lawyer’s fees. “The lawyer is confident about the merit in our case,” says Sarju Devi, one of the mothers.

Now, unlike Devendra and the others who claim innocence, there are also peo­ple like Sukh Lal, 43, on death row, who has no qualms about admitting his crime. “Yes, I killed three of his sons with my licensed gun...they had to pay for my father’s murder. Their father had killed him in front of my eyes; I was a kid at the time, all I could do was watch and wait patiently for 12 years,” he says.

While he has no regrets about the act, what bothers him is the fate of his daughter, now 15. “After 13 years in jail and still waiting for a confirmation of my sente­nce, I do feel I could have pardoned them; my daughter is growing up and I am stuck in here,” he says resignedly.