No More Juice To Squeeze

Its benefit to farmers was well touted. The reality of the loan waiver is less creditable. 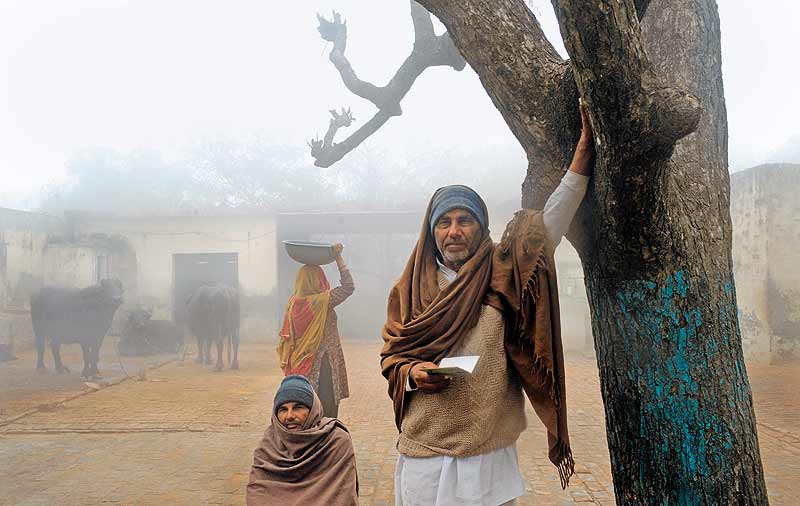 In the early hours of a foggy morning in the sugarcane belt of western Uttar Pradesh, produce-laden bullock carts move about in Rasoolpur village, Hapur district, about 50 km from Delhi. As good a spot as any to gauge the impact of the ambitious loan waiver scheme for farmers announced by the UPA-I in 2008.

At a tea shop pit-stop en route, a group of farmers huddled around a fire provided early intimation of the state of affairs, “In most of the villages, almost 90 per cent of the marginal and small farmers have taken loans, but all are paying back with interest and overdue charges.”

Ram Charan Singh, a 70-year-old farmer from Rasoolpur, worries about his mounting debts. The announcement of the loan waiver scheme had brought a ray of hope, Ram Charan says, but the government and the banks have cheated farmers like him. In 2006, he had taken out a Rs 75,000 loan from Punjab National Bank to buy farming equipment and materials. Unfortunately, he did not get a good sugarcane yield on his four-acre landholding—or  receive remunerative rates from the sugar mill. The burden was compounded by his being laid-up with an asthma condition, and marriages in the family. But without giving him a reason, the bank denied him relief. Finally, Ram Charan was forced to borrow money from relatives to repay the bank loan, which had risen to Rs 1.5 lakh, two times the initial amount.

The announcement of the farm loan waiver and debt relief scheme had brought a ray of hope to the farmers. For many, it has been anything but.

From the same village, Satbir Singh is still receiving summons from the bank for the Rs 2 lakh his father Nau Singh borrowed in 2007 and had been unable to repay before his death last year. Satbir’s father owned less than five acres of land, but was not deemed eligible for the debt relief scheme. After his death, the family land was divided among his four sons. “The only mistake my father made was paying back the first instalment of the debt. This is the basis of exempting us from any benefits of the scheme. I have do bigha zameen (0.5 hectares of land),” says Satbir, 48, who is unable to pay back any portion of his father’s debt, as he has growing children to educate. Last week’s hailstorm further added to his troubles, utterly destroying his tomato and cabbage fields.

There are several similar tales of woe in the village. Too many to recount in this space. So who exactly benefited from the loan waiver and debt relief schemes, the farmers ask the government. Around 80 per cent of the small and marginal farmers in the village have debts, says Karamveer Singh, the 40-year-old unmarried village head. He has faced harassment from the banks as well. In 2009, he paid back Rs 1.70 lakh against the Rs 1 lakh loan he had taken in 2006. “These politicians are responsible for the poor becoming Naxalites,” he says. “They don’t detail the tax relaxations given to the corporates, but send goons to harass the poor to repay debts.”

A visit to the Syndicate Bank branch located on the Kuchesar bypass road is an eye-opener. Reportedly, this branch has disbursed the maximum number of loans in the area. The bank staff is evasive, refusing to share details of the loan waivers. The manager is nowhere in sight. And the loan records? We’re told they are kept at the regional officer’s residence.

By Panini Anand in Hapur

How To Waive Crores Goodbye