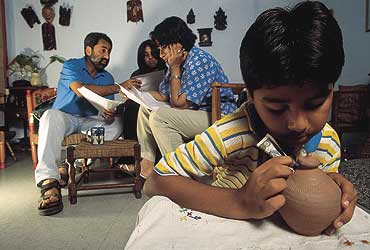 The amiable old man and his cohorts don't make them feel good anymore. Some 20 per cent of India's population—the most vocal, articulate, well-read, politically aware and difficult-to-satisfy category called the middle class—is angry, disillusioned and disenchanted with the government. Despite Rs 1,000 crore of tax/investment breaks announced by finance minister Jaswant Singh to butter 'em up. Despite the full stop on privatisation and the proposal to dilute labour reforms to raincheck their jobs. And despite the bailout of the gargantuan uti to patch the pockets of its 29 million mostly-household investors.

And they don't look like they're softening. Read their lips, Mr Singh, your government's great gameplan to woo the middle class back in an election year isn't working! That was the job you came in for four months ago, wasn't it, when your party, after the Gujarat bloodbath and the Delhi civic poll debacle, frantically put together a new face with new songs to sing? You...