A minister vows to root out ‘nokkukooli’ 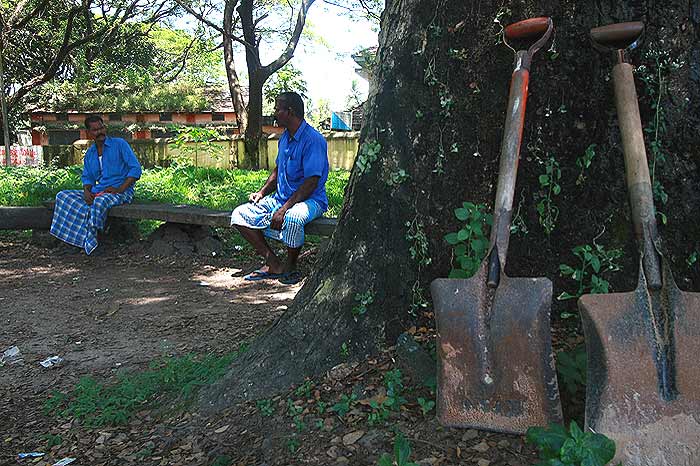 When Peter Weavers, an Englishman, took charge as the CEO of Malayalam Plantations (now Harrisons Malayalam Ltd) in the 1970s, he was new to the ways of Kerala. The story goes thus. Seeing the office in Kochi pay ‘attimari’ (local parlance for extortionate wages) to the area headload workers’ union whenever tea was loaded or unloaded from trucks, he deployed the company’s own workers to do the job. To his surprise, he was told the local union would nevertheless have to be paid ‘nokkukooli’—literally, wages for merely looking on—which unions have all along claimed perversely as compensation for denying them the right to work. Chiding his subordinates for things not working the way he was used to, Weavers roared, “Who the hell is this Atti Mary? I’ll deal with her myself.” He wasn’t amused to learn that attimari was not some woman, but a blighted practice unions, chiefly controlled by the Left, had bullied Kerala into accepting as the norm. The average Keralite dreads the two words: at least since the ’70s, unions have demanded and extorted attimari and nokkukooli at whim, whether it is for handling consignments at a factory or at a house.

Such tyranny is illegal, to be sure. The Kerala Loading and Unloading (Regulation of Wages and Restriction of Unlawful Practices) Act, 2002, states that attimari rates are to be regulated by the government and that nokkukooli is unlawful. But successive governments have done nothing to enforce the law and end the practice. Now, Kerala’s labour minister, Shibu Baby John, promises to do so. “By November 1, about 95 per cent of nokkukooli will be eliminated,” he says. “We will start with Thiruvananthapuram and extend the process to other major cities. The public can avail itself of the services of headload workers by making online payments at a website we are setting up. Wages for different tasks will be regulated. A 24-hour helpline will also be available to address labour issues.”

Although unions of the Left parties were most forceful in extracting attimari and nokkukooli, M.M. Lawrence, a senior leader of CITU, a trade union of the CPI(M), says his outfit never supported nokkukooli. “We never encouraged the practice. We believe workers should work for their wages,” he says. “There are 13 lakh industrial workers registered with CITU. Often, workers from other unions, or unregistered workers, claim to belong to CITU and demand nokkukooli. Eradicating nokkukooli is fine, but we will not allow that to become a pretext for exploiting workers.”

Such is the pressure exerted by local teams of headload workers that, in Kerala, something as commonplace as moving house has become a nightmare. Few dare do it by day. “Our stuff arrived by truck around 11 pm, but local headload workers got wind of it and came running behind the truck, as if from nowhere,” says Mili John Eapen, who recently moved house in Thiruvananthapuram. “We had arranged for two of our own employees to do the work; even so, we had to pay nokkukooli to the union. Only those who have been through it know the hassle of haggling over wages for work that’s not done!”

It’s a sentiment shared by hundreds of people who, because of job transfers or for other reasons, have had to move house anywhere in Kerala. For governments have either shied away from, or been unable to, regulate wage extortion. In fear of violence, people usually pay up.

For sure, the UDF minister has taken on a hallowed tradition unique to Kerala.