No Laughing On Bank Street: In Flexing For More Autonomy, RBI Runs Into Govt’s Plans

Though it is not the first time the RBI and the finance ministry have engaged in or given rise to public discourse, the feud has never been so bitter. 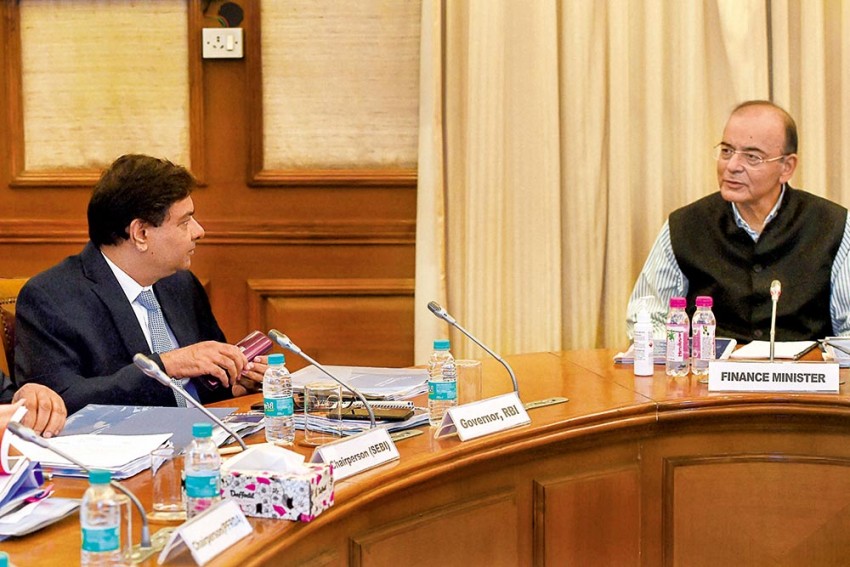 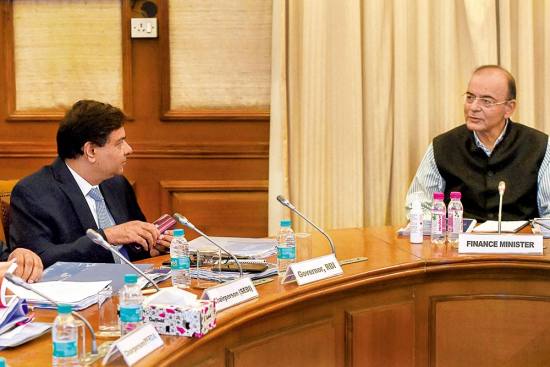 With two deputy governors of Reserve Bank of India (RBI) taking on the government in a span of less than a week over the need for gre­ater autonomy, some iss­ues of discord between the central bank and the finance ministry have come to the fore. Though it is not the first time the two institutions have engaged in or given rise to public discourse, the feud has never been so bitter.

The writing on the wall suggests a hardening of stance by the RBI, and the unwillingness of its governor Urjit Patel and his team to take the blame for all the ills in the banking system. The finance ministry, however, appears to be bent on discrediting the central bank’s stance on various issues. There are several fronts on which the RBI and the finance ministry have taken opposing stances, including not just interest rates, but also the burgeoning non-performing assets (NPAs), with the finance ministry laying the blame on the previous UPA government and, to some extent, the central bank, for allegedly failing in proper regulatory sup­ervision. Another issue is the use of RBI reserves, as the government is keen to get higher dividends for pushing ahead with its various schemes, possibly with an eye on the 2019 general elections.

Continuing the stance of former RBI governor Raghuram Rajan on NPAs, deputy governor Viral V. Acharya said at a rec­ent lecture: “Swee­ping bank loan losses under the rug by compromising supervisory and regulatory standards can create a façade of financial stability in the short run, but inevitably cause the fragile deck of cards to fall in a heap at some point in future, likely with a gre­ater taxpayer bill and loss of potential output.” At another event three days later, on October 29, RBI deputy governor N.S. Vis­h­wanathan said, “The cha­n­ging debtor-creditor equation disturbs the status quo and it is only natural that it is facing resistance.” The RBI had scrapped all the existing restructuring mechanisms, such as corporate debt restructuring (CDR) and strategic debt restructuring (SDR), on February 12 and announced that even a day’s delay in repayment beyond 180 days of the first default would kickstart the process of insolvency resolution under the bankruptcy code.

Vishwanathan pointed out that the earlier debtor-friendly environment made it possible for the defaulting debtors to secure moratoriums and force write-downs on debt repayment while retaining management control over the borrowing units, or thwart the efforts of banks to realise their dues by indulging in serial litigations. The ability of banks to discipline errant borrowers was weak and the out-of-court restructuring mec­hanisms suffered high failure rates, encouraging borrowing entities to ind­ulge in repeated defaults.

While the government has been pressing the RBI for some leeway, especially for defaulting infrastructure companies such as those in the power sector, the statements by Acharya and Vishwanathan make it clear that the central bank is unw­illing to bend rules to accommodate the finance ministry. The problem at hand is huge. In its report, the parliamentary standing committee on energy has estimated the power sector NPAs to be around Rs 1.74 lakh crore.

E.A.S. Sarma, former economic affairs secretary to the government of India, says the finance ministry ought to address the  serious concerns instead of trying to blame the RBI for the NPA crisis and the problems of other PSU banks. “Finance ministry representatives sit on the boards of the PSU banks and of the RBI. So the ministry cannot pretend it has nothing to do with the NPA crisis,” says Sarma.

The relationship between the finance ministry and RBI is governed by the provisions of the RBI Act of 1934, whose Section 7 empowers the government to issue directions to the RBI from time to time, strictly in the public interest. “The authority vested in the government to issue such a direction should not be used, except under exceptional circumstances,” says Sarma.

Pointing out that the RBI, as a regulator, is supposed to keep the managements of PSU banks at an arm’s length, but the SBI Act mandates both the RBI and the fin­ance ministry to be represented on the board of the largest PSU bank, the SBI. Sarma feels the NDA government should have taken up reforms to address such conflict-of-interest situations. “Even at this belated hour of the NDA government’s term, the finance ministry should stop talking about Section 7 of the RBI Act, and take the RBI into confidence inst­ead, in amending the SBI Act and rev­amping the banking sector to minimise conflict of interest, wherever it exi­sts. It should be a collective effort of the finance ministry and the RBI,” adds Sarma, who has made several representations to the finance ministry in this regard.

Finance ministry sources admit that the present episode of discord is more due to personality issues, with both sides unwilling to give in. According to a former finance secretary, there is merit in what both sides are saying. Another senior bur­eaucrat admits that the RBI is correct in saying you cannot go on pumping money to the power companies and the NBFCs, as many of them are not in good health. Yet, he argues that the RBI should not be adamant on following its rules.

Former Central Electricity Regulatory Commission chairman S.L. Rao says the situation with regard to power companies has been very bad. “The entire financial situation is bad as almost all the electricity boards are running deep losses. Then there was the BJP government’s Uday scheme, which was meant to help out the electricity boards, but only moved the losses from the electricity boards into the state government budgets. It did not solve the problem. Solving the problem demands really fundamental changes in the management and a shift in the political attitude towards tariffs,” adds Rao, pointing out that units accounting for around 25 per cent of India’s power cap­acity are well over 25 years old, inefficient and need to be shut down.

According to Rao, only professional management in the power sector, particularly in the distri­bution companies, could lead to a turnaround story. Also a former NCAER director general, Rao is against banks lending to power companies that are in deep loss “unless they can assure the ability to repay”. Fortunately, the RBI has instructed banks to look at the ­viability of a project and the company’s balancesheet before granting any ­further loans.

Official sources point out that many RBI governors in the past, such as C. Rangarajan, Y.V. Reddy, D. Subbarao and Bimal Jalan, could convince the finance ministry to be on the same page as them, while finance ministry officials would try to persuade the government not to be in a hurry as fiscal stability is more important than anything else.

On the tussle over government dem­and for higher dividend, Jalan took a cautious stance in a recent interview to a newspaper. “It depends on the impact of the contingency fund on the rest of the banking sector or the financial sector and how urgent it is,” he said. N.R. Bhanumurthy, professor at the National Institute of Public Finance and Policy, says the reserve policy is entirely the purview of the RBI as per the law as they have their own rules on how to share it with the government. “So one cannot question it now. It should be left to the RBI’s wisdom to decide. They have been doing well with it so far,” he says.

Though their immediate strategies seem to diverge badly, the objectives of both the government and the RBI are ultimately the same. What remains to be seen is whether the government is indeed ready for short-term loss in the interest of long-term gains. Some answers may be forthcoming on November 19 when the RBI board meets next.