No, It's Not As Dead As Doha

Emerging nations gaining voice means the US has to yield a bit. The trade talks are still alive. 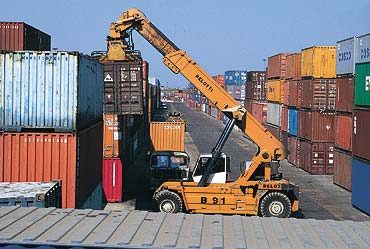 outlookindia.com
-0001-11-30T00:00:00+0553
As the phrase "dead as Doha" became popular after a last-ditch effort to stitch up the latest round of WTO talks collapsed in Geneva last month, the US Congress seems to have succeeded in doing what thousands of anti-globalisation protesters failed to do so far: virtually bring down the multilateral trading system.

Commerce minister Kamal Nath described the Doha Development Round of trade talks, which started in November 2001 with a five-year programme, as "between intensive care and the crematorium". Efforts are on to restart the round after a 3-4 month break, but it is still seen as a failure. President George Bush's fast-track trade promotion authority expires July next, so there's too little time to cobble a deal among the fighting nations. Bush also renegotiates the five-yearly farm bill next year, virtually disabling him from cutting the contentious domestic agriculture subsidies.

With even the EU agreeing that the US is acting as the biggest institutional barrier to free trade, Kamal Nath is clear Washington has to move first to correct the historical distortions that crept into the Uruguay round and for which the Doha round was launched. "The US offer was no offer," the minister told Outlook. "It wants market access in India and other developing countries for their subsidised farm products at the cost of security of livelihood of the farmers. This is not on."

How disastrous is this failure? What will the Doha collapse mean for the future of the multilateral trading system? Most importantly, what will it mean for India? The 2001 Doha declaration says: "We commit ourselves to comprehensive negotiations aimed at: substantial improvements in market access; reductions of, with a view to phasing out, all forms of export subsidies; and substantial reductions in trade-distorting domestic support." The whole point of this round was to remove farm subsidies, which not only troubled taxpayers in the US and EC but barred farmers in the developing world from competing with the artificially cheapened products from the West. If Doha collapses, quota-free and almost duty-free exports from poorer nations get indefinitely delayed.

But the revival in protectionist tendencies since 2001 has always cast a shadow on the talks. Such protectionism is exhibited not only by the US or EU but even the leading developing countries like India, though for different reasons. Agriculture makes up only 2 per cent of the GDP in the US or EU but protects a handful of very powerful farmers/agribusiness lobby. By contrast, countries like India have to grapple with electoral and political issues like protecting the livelihood of thousands of rural people who make up two-thirds of the population.

Columbia University professor and noted trade expert Arvind Panagariya has always maintained that agriculture is the make-or-break issue in Doha. Despite applied domestic subsidies worth $19 billion, which would have come to $22 billion even after the suggested reduction in bound rates, the US refused to yield without equivalent access in manufacturing markets in developing countries. Panagariya agrees that this did sound the final gong on the round, but points out that India could have made contingent offers in manufacturing and services. "It may be fair but foolish to expect the big players to make concessions unilaterally," he adds. This, India or Brazil is willing to do but not before US cuts subsidies.

In recent years, the rising clout of the emerging economies of China, India, Brazil and South Africa and big names like George Stiglitz lending their might to anti-globalisation protests have meant that developing countries increasingly feel the need to do little until the biggies yield ground at the "development" round. Says Kamal Nath: "The historical distortions need to be corrected first. They are doing nothing special." That way, he echoes the sentiments of the "no-deal-is-better-than-a-bad-deal" club—the belief that countries need to have some leeway to protect and direct particular industries, for instance, automobiles and components in India, because they know their priorities best.

With scant multilateral progress, countries are now taking the bilateral or regional route, more so since such pacts tend to favour stronger parties. Under Bush, the US has concluded 12 bilateral agreements, six are ready for signature and 11 more are under negotiation. A similar number is ready to be inked in Asia. The 10 ASEAN countries have deals with each other and China. India's comprehensive economic cooperation agreement (CECA) treaty with ASEAN will go much beyond WTO. Notes Samar Verma, global trade policy advisor, Oxfam GB: "More than 200 regional trade agreements have been notified since the WTO came into being—a record in the history of trade."

PHDCCI secretary general Bibek Debroy notes CECAs pertain to services where India has not been able to make much headway at the WTO. "Also, our increasing economic clout reduces transaction cost and makes us less susceptible to economic arm-twisting. So let's do such treaties with all countries, even the US," he points out.

Still, there's no wishing away the fact that a rule-based efficient multilateral trading system with a speedy dispute-settling process will do wonders for emerging developing countries like India which are looking to reach the top of the heap in 50 years. Kamal Nath admits that given India's speed of competitiveness, globalisation is an implicit goal, and not something to reject. As these countries become powerful and the balance of power starts to shift, the US may well reconsider its position, setting aside its temporary political interests. The US was losing nothing, yet it needed to take home some market concessions for the subsidy offer. Even India was seeking to protect its farmers, top of the mind now with Prime Minister Manmohan Singh, especially with continuing suicides.

Also, Oxfam has identified $13 billion worth of farm subsidies, most of them in America, that it believes could be legitimately challenged under existing WTO rules. That could be another trigger for a US change of mind. In fact, as Panagariya agrees, developing countries were offering America valuable concessions that were overshadowed by the agricultural issues. Verma says India had substantive stuff on offer, with specific tariffs already liberalised from 55 per cent to zero.

Most importantly, reduction in subsidies and allowing cheaper imports benefit the consumers in developed countries most. Who wouldn't want less taxes and cheaper food? If developing countries open markets for the US and EU in some products, their consumers benefit. Consumers clearly are getting the short shrift from the collapse of this round.

Till such time as the round is hopefully resumed, as Debroy and WTO director general Pascal Lamy both argue, India should focus on internal liberalisation, especially in agriculture, because it made us competitive. Kamal Nath's reaffirmation of faith in multilateralism, though on fair terms, comes as a small blessing in what Panagariya calls "the dark days of trade".