Gujjar lavishness does not extend to ‘paying’ handsomely for their sins 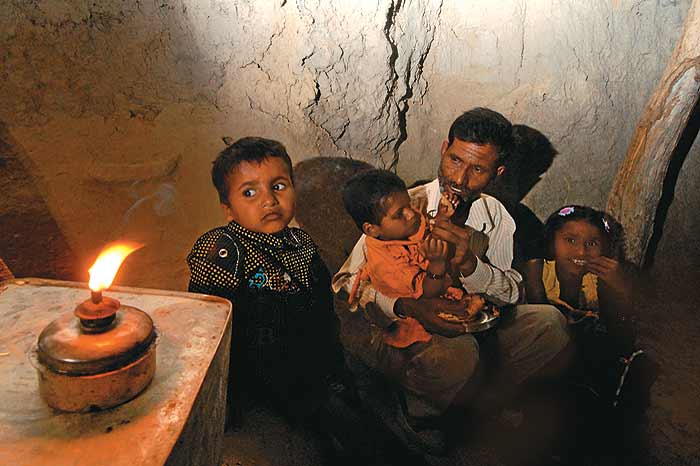 The generosity of spirit so evident in the big, fat Gujjar wedding surprisingly dries up when it comes to paying compensation for their misdeeds. Take the case of 26-year-old Dinesh Tanwar, son of Congress mla Kanwar Singh Tanwar (arguably the richest Congress politician) and brother of Lalit Singh Tanwar of the staggeringly lavish “chopper wedding” fame. His car ran over Meenakshi Devi of Sallan Nagar village of UP’s Badaun district one morning last June on Delhi’s Africa Avenue, and Rs 20,000 is all her family has managed to get to date.

Even as Meenakshi’s body lay in the morgue and her kids were sent to a home, Tanwar walked out, on bail.

Thirty-year-old Meenakshi had never let poverty come in the way of her dreams. Since her husband Dewari Lal could not help her fulfil them, she decided to take matters in her own hand. She walked out on him, with her children Preeti, Shivam and Sarla in tow, and travelled some 200-odd kilometres to the national capital to carve out a new life for herself and her children. Soon enough, she found a job in a shoe factory, and was content with how things were shaping up, till Tanwar’s Mercedes Benz callously snuffed out her life in June last year and condemned her children to untold suffering.

Meenakshi’s body lay unidentified for days in the mortuary till Preeti’s call on her mother’s mobile led the police to the family. The children were then sent to a children’s home till the estranged Dewari managed to get their custody. The eight-year-old Preeti, five-year-old Shivam and two-year-old Sarla have come back to the life of misery their mother had fought so hard to escape and have been living with their father in their dilapidated mud hut in Sallan Nagar.

A lawyer has filed a case for compensation in a local court in Delhi. What is galling, though, is that the police is yet to file a chargesheet in the case. Tanwar had fled from the accident site and surrendered before the police only a couple of days later. The time lag rendered the police incapable of establishing whether he was driving under the influence of liquor. Tanwar got bail within hours of surrender and may well have put the incident firmly behind him.

The nightmare, however, continues for Meenakshi’s children and their father. “Maalik (Kanwar Singh Tanwar) sahab gave me Rs 20,000 and asked me to put my children into a good school,” says Dewari. “But how can I even think of that with this amount?”

He had to use the money to buy a cow to be able to feed his children. There is also the Rs 50,000 loan he has to repay. He had taken the amount at a high interest rate from the local moneylender, in order to complete the formalities required to get the custody of his children.

When we visit Dewari and his children, two-year-old Sarla is wailing aloud for her mother. “Ab kahan se laoon iski ma (where do I get her mother from now)?” asks a helpless Dewari Lal. He lives along with the families of his two brothers in the same house. “The women in the house look after all the kids,” he says. One look and you know that is far from the truth. The three separate rooms in the house are, in fact, three separate households, running separate kitchens. So the responsibility of Dewari’s family is on the tiny but firm shoulders of Preeti. “I look after both my siblings, and cook. Chawal aur dal bana lete hain (I can cook rice and dal),” the eight-year-old says with a sense of pride. She confesses to being fascinated by the alphabet. So what about studying at the primary education centre that’s just a stone’s throw away from her house? “Jab kabhi fursat hoti hai toh chale bhi jaate hain, nahin toh Lalli (two-year-old Sarla) ko dekhte hain (Whenever I have the time, I do go there. Otherwise, I tend to Sarla),” she says.

Dewari earns too little as a farmer to be able to bring up the kids the way their mother had wanted to. He is barely managing to survive on the few hundred rupees he gets from work under the Mahatma Gandhi National Rural Employment Guarantee Act. He also has to travel to Delhi once every two months for the ongoing court case and to assure the Children Welfare Committee (CWC) that he is taking good care of his wards. The number of sponsors who had come forward to fund their upbringing at the time of the accident seem to have disappeared now. All Dewari Lal and his children are living on is a sliver of a hope: the elusive compensation.

Chopper Weddings And After