‘No Ground To Object To The Script’ 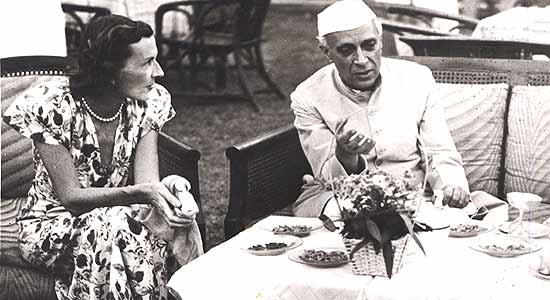 The Union information & broadcasting ministry assigned the task of vetting the draft script of Indian Summer to Gajanan Wakankar, a former IFS officer. His assessment was liberal and appreciative. He left it to the ministry to decide on editing out portions of the script. Outlook accessed some of his observations.

On the script: “The script is indeed very well-written. As regards the Partition story, it is faithfully described. There are no security concerns or any political or communal problems which could affect our approval. The only thing to decide is regarding two scenes which are factually incorrect. (The reference is to a sequence which shows Nehru and Edwina at Fatehpur Sikri. Wakankar says there is no record of such a visit. The second is the dancing scene featuring Nehru and Edwina, which is purely fictional.)

On intimate scenes: “I have debated in my mind and thought over it deeply. I feel I would like to pass the script without any change.... A romance between two adults is hardly any news. Indian cinema is replete with such plots. There is only one consideration which merits attention. Could it affect the reputation of the Nehru (Gandhi) family? They are important people.”

On the book Indian Summer, by Alex Tunzelmann, on which the film is based: “The book has been there for the last two years. But no one from the Nehru (Gandhi) family seems to have passed any adverse comments. Besides, we are considering all this because this producer wants to film it in India. Suppose he were to  film it in Britain, he can (do so) without any problem.”

On the treatment of Partition: “The script is not offending our security or  public order, not even our sense of morality. It is neutral from (the) communal angle....”

Kissing scene: “Kissing scenes are very common in films. So what if it is between a PM and the wife of the viceroy or governor-general? The scenes are romantic but are not unduly provocative or offending. It is a subtle romance between two grown-up (and middle-aged) individuals. It may be good masala...but nothing more than that. I, therefore, do not see any ground for objecting to the script.”