No Full Stops In Lalooland

Of Bihar, he is the undisputed badshah. Now Laloo is setting his sights outside the state. 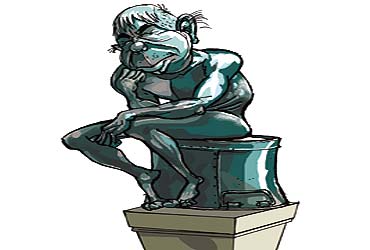 Bumbling village idiot or secular lodestar? Fodder-chomping cowherd or an enduring symbol of political empowerment? Love him or hate him, Laloo Prasad Yadav is determined to leave his imprint on politics at the national level.

Delighted with the all-round praise he has got for his journey to Pakistan and his subsequent handling of VHP leaders (who were denied entry into Bihar), Laloo now believes the nation is ready to receive him with open arms. "I am not going to keep sitting in the state. I have to make a government in Delhi. I have to contribute to national politics," he says.

And he is fired with a missionary zeal to tackle forces of "fascism and communalism", the Laloo way. "Kaun mai ka lal kehta hai ki Bharat ko Hindu rashtra banayega? Hum uski chhati par baith kar kila thokenge (who dares say he will make India a Hindu state? I'll sit on his chest and hammer a nail)," he bellows.

Many Laloo-watchers believe the man nurses prime ministerial ambitions. Laloo himself denies it: "I have no lust for power, for occupying an office of PM or DPM." He does, however, see himself as kingmaker and says he'll give every possible support to installing an anti-BJP coalition at the Centre. Indeed, Laloo had played a key role in installing two United Front prime ministers at the Centre, first Deve Gowda, then I.K. Gujral.

But with the UF dream having soured, today Laloo is the most important ally of the Congress. Outside it, he is the main drum-beater for Sonia Gandhi. He is perhaps the only Congress ally who has never raised doubts over her leadership. His prescription for the future: "We all have to forget our egos and come together. I'm fighting the BJP in Bihar, Mulayam is doing so in UP, Pawar is fighting fascism in Maharashtra. We all have to fight those who are destroying India."

The political class no longer treats Laloo like a buffoon. And he's very pleased that the media and "pundits" like Congressmen Mani Shankar Aiyar are singing his praises after his trip to Pakistan. Aiyar recently wrote a column where he showered praise on the Bihar strongman: "Laloo never said one wrong word, never embarrassed himself or his hosts. He spoke straight and true and the Pakistanis loved him." Aiyar who described himself as "an extra in Laloo's roadshow to Pakistan" wrote about Laloo's almost "Kiplingesque ability to walk among Kings nor lose the common touch".

Besides "high-caste pundits" like Aiyar, Laloo has also become something of an icon for an entire generation of subaltern politicians. Chhattisgarh's tribal CM Ajit Jogi openly says he'd like to "forge a social engineering similar to what Laloo has done in Bihar where the social underdog now pulls his own weight". Jogi's style of functioning too replicates Laloo's—unexpected halts in the state helicopter and a hands-on approach to administration. The big difference is that Jogi has the patience to plough through files and plan development projects, while Laloo does not. Says Sankarshan Thakur, author of The Making of Laloo Yadav: "Laloo has a tremendous inborn talent, close to genius. But the tragedy is he lacks the ability to cross the threshold of being charming. He has no development vision for Bihar."

But if Laloo is casting his net outside the state, it's because he can now afford to take Bihar for granted. He is the undisputed 'badshah' of Bihar who has completely decimated the Opposition in the state.That is why, as Rajya Sabha member, he now spends months in Delhi when Parliament is in session. Says Thakur, "I see him remaining in power for the next decade if not longer because Bihar is in the grip of votebank politics. And Laloo has been able to break every single party in the state, including the cpi."

It has been over 13 years since Laloo stormed into power in 1990. He created history of sorts when he became the first CM in India to be chargesheeted in the fodder scam in 1997 and subsequently faced two jail terms. It was then that he pulled one of the most audacious political stunts of his career: installed wife Rabri Devi, mother of his nine healthy offspring, as the Bihar CM, even as he headed to jail "to fight the upper-caste conspiracy". In 1999, when this correspondent met a harassed Rabri Devi in her Patna home, she had declared: "Hum to bhaag jayenge agar humse chunav ladvayenge (I will run away if I am made to contest elections)!"

Yet there she was, the obedient wife, contesting the 2000 assembly polls some months later. Laloo now says that even if the fodder cases are dropped, Rabri will be the chief ministerial candidate in 2005. "Why should I remove her? She has been elected by the people and it is only the people who can remove her," he says.

Six years have passed since Laloo made the lady who cooks his dinner the Bihar CM. What's amazing is not that he got away with it, but that by 2003 he has only emerged stronger from the bizarre fodder-Rabri experience. He now says: "Hum pati-patni ki jagah aur koi hota to heart fail se mar gaya hota. Hamein itna defame kiya. Laloo chara kha gaya, chara kha gaya. Lekin humne sabka muqabla kiya (had it been anyone else in our place, he'd have died of heart failure. How they defamed me saying I've eaten fodder. But I fought back)." He now believes he's emerging from the shadows of the scandal, though he is still tied up in several cases.

But where Laloo has certainly charted a blazing trail is the way he has fought the BJP and the Sangh parivar. No soft Hindutva for Laloo Yadav. No going on the defensive against "fascism", his favourite English word. Laloo knows he turned a secular idol soon after becoming Bihar CM, when he was seen as the only politician to have had the guts to halt L.K. Advani's rath yatra in Bihar, after it had scorched a divisive trail across much of India. In October 1990, the novice CM became a hero for arresting Advani.

He has never looked back. Determined to keep his Yadav-Muslim base intact, Laloo has fought hard against any effort to "spread fascism" in Bihar. His recent handling of the VHP's Praveen Togadia and Giriraj Kishore, who were sent packing from Patna airport, was a continuation of his policy of "taking no rubbish from the deshdrohis". The result has been impressive: not a single communal riot in Bihar, one of the most communally sensitive parts of the country, since Laloo took over. The smallest Hindu-Muslim disturbance has him rushing to the scene with a lathi to take charge like a local daroga.

That's his achievement. That's the lesson he thinks he can teach the nation: "Lathi se hi in logon ka samna karna hai (we have to face them with a stick)." That's Laloospeak and Laloopolitik. And his punchline: "These drowning people got together to defeat the no-confidence motion. We'll fix them with the lathi."

On An Ancestral Trek