No Dash Of Masala

For Indian restaurants, the world is no oyster. A sameness dulls. 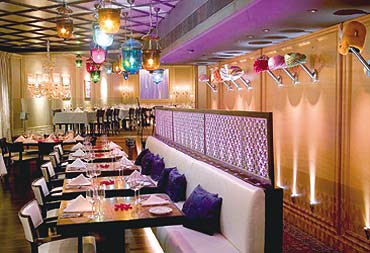 outlookindia.com
-0001-11-30T00:00:00+0553
Indian friends often tell me how much interest there is in Indian cuisine in the West, and that the Indian restaurant trade must be thriving. But let me tell you, it has not been easy. When I was trying to set up an upmarket Indian restaurant for the Taj Group in London, more than two decades ago, we found it difficult to find a suitable site—landlords didn't want curry smells in their AC ducts! It was only after the Taj acquired the Baileys Hotel that we were able to open the Bombay Brasserie on the premises.

We had other problems too. Guests said the food was expensive "for an Indian restaurant". But just because we were an Indian restaurant, no supplier was charging us less for good quality ingredients. Influenced by food critics, who wrote that beer went better with Indian food than wine, our customers were spending much less than we would have liked. To top it all, there were the well-wishers, the kind who said, "Indian restaurants are where you take your mother-in-law but never your banker!"

From 1984, the year Bombay Brasserie opened, to the present day, much has changed in London. The lower end of the market, the Bangladeshi-owned restaurants, have upgraded with the times, often hiring chefs from leading Indian hotel chains. The decor has been modernised, cleanliness standards have improved. And it's not just beer, wine is served too. In the middle range, there are a new lot specialising in regional cuisines, including Goan, Kerala and Gujarati.

At the top end, three Indian restaurants now have the coveted Michelin stars next to their names. Among these, Amaya (which I co-own) was voted, not just the best Indian, but the best restaurant in London, the first time an Indian restaurant has won such recognition anywhere in the world. So Indian food has come a long way in London. Finally.

But that's the good news. Now for the bad news. The London story is, well, a London story. In the United States, if you refer to a Zagat Guide, a good source of information on US cities, you won't find an Indian restaurant in the top ten. Nor in Paris, Zurich or anywhere else in Europe. And certainly not in Hong Kong, Tokyo or Bangkok. Even in Australia, which has absorbed so many Indian culinary talents, Indian restaurants are not in the top lists of the five major cities.

So there's a standard tandoori marinade, which includes red food colouring. Then, curries and vegetable dishes are usually prepared by pan-frying in varying proportions sauces from three curry pots. Pot one contains a brown gravy of fried onions, pot two a makhani gravy, largely tomato-based, pot three a whitish/yellowish gravy made from a base of fried cashew nut paste and spices. From these three pots, you can churn out all the 60 dishes on the impressive menu. What's more, you can do it with a staff of three in the kitchen, which is probably all a restaurant in that category can afford, outside of India. An Indian commis cook, with no formal education, does not earn any less, globally, than a senior French chef de partie; and chances are that the Indian commis will insist on getting his emoluments "in cash"!

Another big issue with Indian cuisine is low investment by the food industry and a lack of technological innovation. The rising cuisine on the firmament in the last 20 years has been Italian, sweeping the world, whether in the form of pizza chains, middle-market pasta places or high-end Mediterranean restaurants. Italian food products are also taking up an increasing amount of supermarket shelf space, whether it's cooking oil (olive), wheat (pasta & pizza dough), rice (Arborio), packaged vegetables (tomato), cheese (mozzarella and mascarpone), or coffees and wines. Of course, it's only to be expected that tiramisu is now a favourite dessert worldwide.

But none of this is accidental. Very few people outside the food industry know about the pivotal role the olive oil industry association of Italy has played in the worldwide PR campaign to publicise the beneficial effects of Mediterranean cuisine on health. Technology too has played a major role in promoting the cuisine. High tech pizza ovens mean even unskilled but trained labour can produce the ideal pizza. Add this to the fact that you can buy international branded ingredients yielding pre-determined results, and it's no surprise that pizza and pasta fast food chains have mushroomed around the world.

Now think of the tandooria, basically an illiterate sliding his hand repeatedly into a 250-400 degrees F tandoor to judge when to put in the kebab and how long to keep it there. No change for over 60 years! There are a couple of new manufacturers trying to advance the tandoor by putting in temperature gauges, but it's yet to pervade the kitchen scene in India.

Another cuisine on the rise is Japanese. In Japan, sushi is made by fully automatic machines which occupy little space. The big Japanese fast food outlets and supermarket sushi products would never have developed without such machinery. Compare this with the samosas that show up in UK delicatessens—all made by hand still. This, when the Japanese have developed machines that can actually make samosas!

It's the same with Chinese food. Spring roll wrappers are made in Singapore for international consumption and sent around the world, frozen. Chinese sauces made in the East are available in all the world's supermarkets. The only brand of Indian curry pastes and chutneys available all over the world is Patak's. But it doesn't carry the Made in India label. For the customer, that is the label of authenticity.

Furthermore, proper cooking schools do not exist in India. Most people believe that catering colleges produce qualified chefs. But actually, cuisine, including bakery, confectionery, Western and Indian cuisines, does not constitute even 25 per cent of the curriculum in these courses. They give grounding, but very little knowledge. This country needs to find suitable vocations that will absorb unskilled young people without huge investments in education. Cooking schools could provide specialised training in different aspects of Indian cooking, which in turn could play an important role in employment, income-generation, raising standards levels of Indian food and, indeed, even in promoting Indian cuisine worldwide.

All said and done, there is huge interest globally in good Indian cuisine. And it covers a broad spectrum of sectors—restaurants, supermarket products, catering packs of ingredients, Indian chefs and trained, English-speaking cooks. Spices must get mention too, though the Sudan dyes scam (used to colour chilli powder from India) has somewhat dented credibility there.

Unless we learn to take advantage of these huge opportunities, Indian cuisine will not gain the international prominence of cuisines like Italian, Japanese, French or Chinese. Until then, alas, apart from a few shining exceptions, most Indian restaurants abroad will continue to be where you might take your mother-in-law...but not your banker.


(The author is Director, Masala World, which runs Amaya, Chutney Mary and Veeraswamy in London)

Arise From The Clay Earth