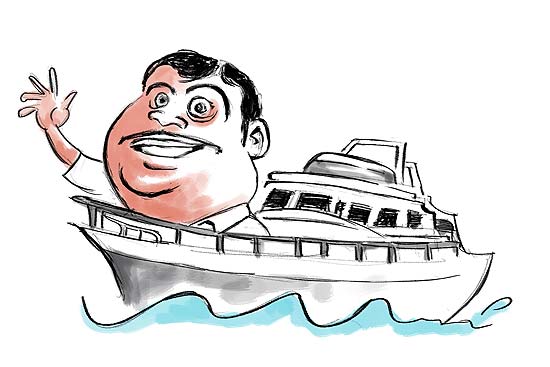 Poor, poor French Riviera! It is my favourite holiday place in the world and because of me it is ridiculed by Indians there. They go to the beach and on seeing ripples in the sea, scream, “It’s a shark, it’s a whale, it’s the Loch Ness monster...no, it’s that Indian minister Nitin Gadkari, ha, ha, ha.” As you know, I am all for some good fun and I don’t mind if people enjoy some jokes at my expense though I don’t know much about this Loch Ness monster.

But why all this fuss? I enjoy travelling and seeing new places. For several years, I was able only to visit Nagpur, Akola and the rest of Vidarbha where the only attractions were oranges, blinding heat and depressing details about farmer suicides. Now that we are in power, hopefully the situation is changed. During my college days, once in Mumbai I watched a movie, To Catch a Thief, which has that wonderful Grace Kelly who played a jewel thief in the French Riviera (which is 100 times better than our Marine Drive). Even our NaMo cannot create such a place anywhere in India, whether it be Ahmedabad, Surat, Valsad, Dholka or Dandhuka!

Let me remind you that when I visited the French Riviera I was not a minister, party chief or MLA but a simple politician who liked to travel and get myself educated for the sake of my people. What was wrong in accepting an invitation from Ruia group’s Shashi Ruia who knew I was a good guest as they were good hosts. Also, they knew I was a good family man and they invited myself, my wife, two sons and daughter to the French Riviera. They also knew I could do justice to their catering, the 21 cooks and chefs hired for the occasion.

Anyway, my concept was different. What could I learn from this place which I can use for the benefit of our toiling masses? Anyway,I watched the river...