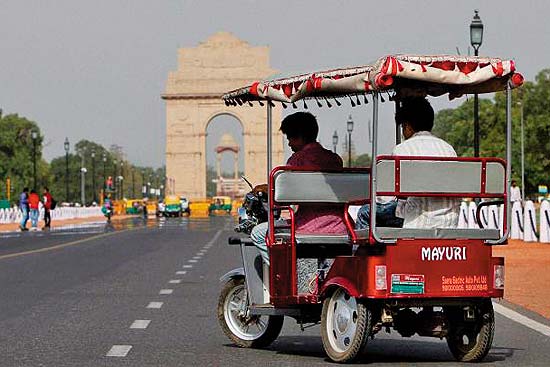 BJP supporters once couldn’t stop waxing eloquent about the Golden Quadrilateral project of the Vajpayee era; now, it’s the efficiency of Nitin Gadkari in building Mumbai’s 55 flyovers. So a BJP regime with Gadkari in charge of surface transport should result in paradise on earth, right? Well, not yet anyway. While lots of hot air has been expended on highways connecting villages, there’s little to show on the ground, 200 days after. The joke about the UPA building 20 km of highways every day, which the BJP used to mock regularly, is now snaking around the NDA’s neck, although these are early days.

Worse still, the whole system is in disarray. Most projects taken up on a public private partnership (PPP) mode, ostensibly due to a funds crunch, have spawned corruption and most highways are now being built at a much higher cost. Second, the National Highways Authority of India has few permanent employees and is understaffed. It has no research section to find out best practices and is dependent on contractors. Although the government received expert recommendations from the National Transport Development Policy Committee, headed by Rakesh Mohan, not much has moved on its recommendations.

While the Modi sarkar talks of making India’s roads look like Singapore, Gadkari bats merrily for legalising the traffic nightmare called e-rickshaws. Even a much-needed initiative of contemporarising the Motor Vehicles Act to weed out touts and corruption seems to have met with little support. Says Dinesh Mohan of IIT Delhi: “The new MV Act is a complete disaster and does not address crucial issues. Even the penalty systems proposed are unrealistic in the Indian context and far detached from global practices.”