Nihilipilified On The Hill: Sabarimala, Congress And The Pilgrim’s Regress

In its ‘Hindu Lite’ avatar, Congress has abdicated on one of the biggest issues of our times when it could have been of genuine use. 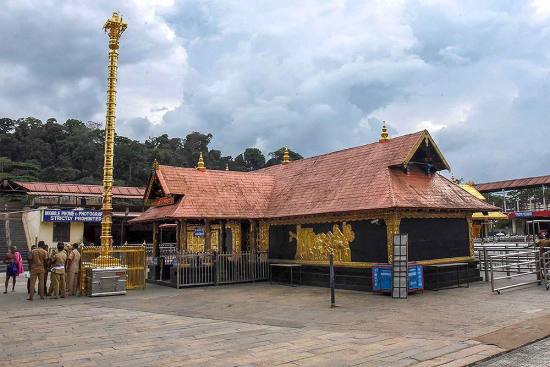 Just the other week, Outlook had put up a museum wall or two of ‘TurnQuotes’. A light-hearted, illustrated gallery of people from politics and other fields (luminaries or otherwise) who had distinguished themselves by saying the exact opposite of what they had once said. Around the same time, we were blessed enough to be witnessing a spectacular mid-air pirouette by two political entities, neither of whom executed it with much balletic grace. It could have occasioned more mirth, had it not been a live issue that seems to be defining who we are as a people.

As a coda, our piece had Gandhi’s sage words on the virtues of changing one’s opinion if one see the truth to be contrary to it. The RSS-BJP had plenty occasion to turn around and quote Gandhi to justify its awe-inducing, yet not surprising, U-turn on Sabarimala. RSS ideologues like P. Parameswaran (and Sanjay ‘Bhaiyyaji’ Joshi at the national level) were early votaries of women’s entry, its Malayalam mouthpiece Janmabhumi welcomed the Supreme Court verdict, as did the BJP’s central leaders.