When the saints go skulking in; Money for rain; Memorial mantras; A share of the spoils; Bury the ghosts 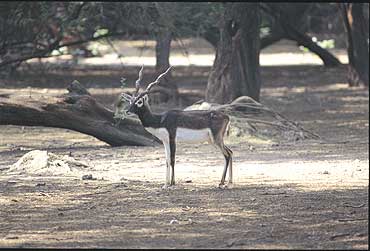 They can never run this ad on TV again. The Nawab, Mansur Ali Khan Pataudi, wife Sharmila and daughter, cuddling a meek, white lamb as part of a noble-royal setpiece hawking suitings fit for, what else, a nawab. As every TV-watcher in India by now knows, Pataudi has an active interest in black bucks. After the Haryana police stopped ‘Tiger’ and seven others for ‘rash and negligent driving’ in the early hours of June 4 in Jhajjar district of Haryana, a check found not just weapons and ammunition but more indictingly, a refrigerator with two hares and a black buck carcass in it. Despite this, no arrests were made. Nor was the vehicle impounded. A daily diary report in the police station, though, recorded the carcass and weapon recovery. The case would have been buried except for the intervention of animal activist Naresh Kadyan, who exhumed the carcass and took it to Delhi Zoo for a post-mortem on June 5, a Sunday (as a safeguard from political pressure in Haryana). 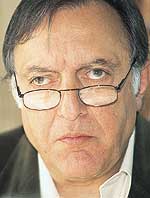 While the deer’s organs and meat had been removed, as is typical hunting practice, its skull was still intact. And based on the differing dental formula for all deer, two vets at the Delhi Zoo independently confirmed it was a black buck—a Schedule 1 species on India’s Wildlife Protection Act, accorded the same level of protection as the tiger. Predictably, Pataudi hasn’t been sighted after the incident.

Kadyan too has gone underground, his phone switched off as he believes it is tapped. A co-accused, Madan Singh, says Pataudi shot the deer. Sources say Pataudi frequents the Jhajjar jungle for ‘pleasure poaching’, driving back directly to his Vasant Vihar residence in Delhi (just two hours away) which explains the refrigerator in the vehicle. The hunting craze, in fact, is not restricted to Pataudi Sr. Son Saif Ali, is a co-accused in the last celeb-black buck hunting case, nabbed along with Salman Khan. Now with his father formally accused in a criminal case of poaching, the question is, what turn will the case take? The maximum sentence possible is seven years.