A vote for a vote; Beachfront antics; Top of the cops; Small but steady; How real can you get really? 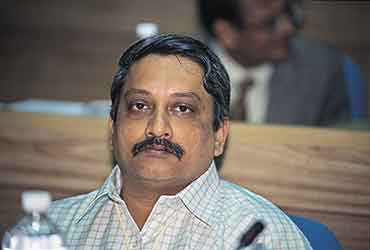 Goa’s back to its favourite game, political roulette. After a considerable hiatus in what is the topsy-turvy world of Goan politics, the almost three-year-old BJP government of CM Manohar Parrikar was dismissed by Governor S.C. Jamir this Wednesday. And by the time the night was over, a new government headed by veteran Congress leader Pratap Singh Rane had been sworn in.

The political drama had started unravelling over the weekend (Jan 29-30) when Parrikar, the BJP’s poster boy in Goa, was suddenly faced with a spate of resignations from his cabinet and his own party MLAs. The BJP even then was putting it all down to the Congress’ machinations. And with the governor asking Parrikar to demonstrate his majority in the House on Wednesday—in the truncated House of 36 voting members—the BJP and Congress found themselves equally poised at 18 each. Sources revealed that enormous efforts were made by both sides to woo at least one or two MLAs across the floor despite the threat of the defection law being applied. However, minutes before the motion of confidence was put to vote, the speaker disqualified the former BJP and now independent MLA Philip N. Rodrigues on grounds of misbehaviour. Parrikar won—by one vote. Rane termed the disqualification unconstitutional and a Congress delegation met Governor Jamir to impress upon him the fact that the speaker’s move was illegal. Minutes later, Jamir had dismissed Parrikar’s government.