New Dawn Or A Lit-Up Screen 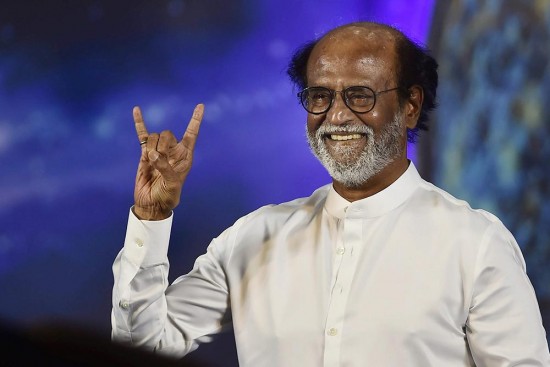 During Rajinikanth’s early days, the biggest challenge his mentor faced was the actor’s speed. If the scene required Raj­ini to walk across a hall, iconic director K. Balachander would rep­ea­tedly shout at him, “Medhuva, medhuva” (slowly!) so the camera could pan him leisurely. Yet the actor would have whizzed past, leaving the cameraman shake his head and throw up his hands calling for a retake.

Veteran filmmaker S.P. Muthuraman recalls how (late) Balachander eventua­lly managed to solve the matter. “Yet there was no controlling him the mom­ent the director said ‘cut, shot okay’,” says Muthuraman, 82. “Rajini would typica­lly whizz off to his chair or sneak out for a smoke—all in a jiffy.”

Rajini, even at age 68 today, moves on lightning feet. It was obvious from the way the superstar sprint-walked after a recent ‘meet and greet’ with the media two days after he announced his political entry. Maintaining that momentum in the political arena would be Rajini’s greatest challenge. His arrival has kindled the hopes of his fans, who had aged along with him waiting for their thalaivar (leader) to take the plunge. The Tamil public too are expecting his next move. So Rajini cannot plan a long gestation per­iod to launch his party.

“Yes, Rajini can’t afford to slow down now,” says film producer and historian G. Dhananjayan. “He needs to ensure the media glare on him doesn’t fade, and the positivity around his political debut doesn’t dilute.” Back in 1972, when M.G. Ramachandran launched his AIA­DMK, the actor-turned-politician went on holding public meetings across the state and used his films as a political statement, recalls Dhananjayan. “Thankfully for Rajini, two of his movies...