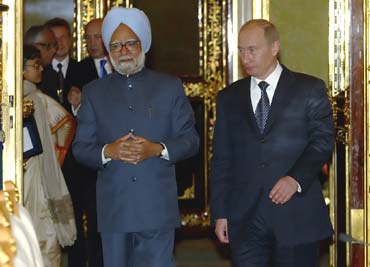 It is a time-tested relationship and both sides know that one can’t do without the other. India needs Russia, and Russia, too, needs India in the end—hard as it may be for the Moscow political elites to admit. The big picture is still stable but lately New Delhi has been getting a bit of "attitude" from Moscow, even a little diplomatic roughing up. The new India is having a hard time with the new Russia and officials are muttering under their breath about Russian "arrogance" and Indian "demands". Both countries have changed and the adjustment process is full of abrasions.

It may be issues of protocol, ceremony and status—questions diplomats spend countless hours thrashing to ensure their leader gets the same number of gun salutes—or heavier problems of delivery delays, sudden price hikes and shoddy service in defence supplies from Russia, but the customary Indian patience has run thin. And out have come reports of Indian dignitaries being mistreated at Moscow airport and Russian officials forcing meetings India didn’t want. 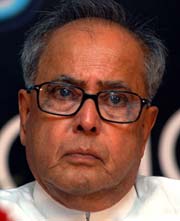 The Russians reportedly insisted that Prime Minister Manmohan Singh meet their newly appointed prime minister, Viktor Zubkov, when he visits Moscow on November 11-13 for a regular summit with President Vladimir Putin. Then it was revealed that Putin will host only a lunch, not dinner, for Manmohan, in another indication of protocol downgrade although Indian officials say the PM wanted to retire early for the morning flight back. This came after Union external affairs minister Pranab Mukherjee and his delegation were ‘almost’ subjected to security checks at the Moscow airport last month because of protocol lapses. Russian officials dismiss the lapses as minor aberrations and insist they are not taking India for granted. "It is India that is taking Russia for granted," says one Russian diplomat. As for the forced Manmohan-Zubkov meeting, he notes: "We have a new prime minister and we would like to introduce him to the Indian PM." It is possible that Putin, who appointed Zubkov in a surprise move in September, wanted to test his candidate against a major interlocutor and traditional friend to see how Zubkov performed because he may likely be the next president. But it could have been handled more delicately.

The Indian side accommodated Russian demands because of Russia’s importance as the oldest friend even though when Putin came to India in January, he declined meetings with senior ministers. "This is the usual hamhandedness of the Russian bureaucracy. They can be very bullish," a former Indian ambassador says. While South Block steadfastly maintains all’s well, independent observers say there are several issues simmering underneath—ranging from Russia’s uneasiness about the perceived Indian tilt towards the US, India’s indifference to certain Russian offers for a nuclear dialogue to India demanding quality defence products from Russia—which are testing the old bonds.

The delays, bad performance and huge cost overruns in defence purchases from Russia have become a major problem. The T-90 tank has suspension issues, while the $1.5-billion aircraft carrier Admiral Gorshkov is two years behind schedule. In May, Russia pushed for a review of all bilateral defence deals, aggressively arguing for raising prices even for deals already signed. Indian officials found the logic unacceptable, and tensions mounted. "The Russian inefficiencies work against their own interests in the end," the former ambassador says. "It is baffling why the Russians are not paying attention. Russia can lose its goodwill in India more rapidly than it thinks if it doesn’t overhaul its bureaucracy. It won’t be able to compete in India or in the rest of the world." Today, India has other options, and eager arms sellers are racing to fill the void. High on the skyrocketing price of oil, the Russians can swagger but there is a whole world outside gas and oil, he added.

Despite repeated Indian requests to do more on the energy front, the Russians haven’t responded after the Sakhalin-1 project, or helped create links between Russia’s diamond industry and India’s, ignoring the huge potential there. "They are looking to Europe and China more as buyers," the ambassador said. "We have nothing to show on the ground after Sakhalin-1," he said, referring to the oil field where India’s ongc Videsh owns a 20 per cent stake at the cost of $2.5 billion. The first consignment of crude landed in Mangalore last December.

The Russians, for their part, list the various mega projects between the two countries—GLONASS, a global navigation system designed by Russia under which isro is jointly developing and launching satellites, and accessing high-precision signals, something that no country shares with another. Then there is BrahMos—a cruise missile jointly developed by India and Russia—besides hundreds of other ongoing science and technology projects. A Russian diplomat said both countries are likely to sign the agreement for four additional nuclear reactors to be built at Koodankulam in Tamil Nadu during Manmohan’s visit. This, despite the Indo-US civil nuclear agreement having got bogged down in the political smog of New Delhi. Even though things didn’t go according to plan, the Russians say they consider the four new reactors to be part of the original 1998 agreement and therefore not subject to international oversight. But it is India which is hesitating because of the signal it might send to the US.

"The nuclear deal would have made life easier for us but we are not afraid of any country," the Russian official said. "We are friends in need and friends indeed. We were there for you when you came with your traditional tea and spices." True, but could have been put more delicately and that is half the problem—Russia’s tendency to see India through the old prism—beholden and needy.

Indian diplomats acknowledge the huge debt to Russia, whether for building the dams and power plants as "temples of modern India" or giving state-of-the-art defence technology. India recognises it can bank on Russia when the going gets tough. Says one analyst: "This is very important in political life. It gives a sense of confidence." Russia has never meddled in the region to India’s disadvantage or caused problems by arming its neighbours. There is trust between the two, and Russians should know the only significant country genuinely desirous of a strong Russia is India.

But is Russia reading something in India’s actions that cause Moscow concern? According to Nandan Unnikrishnan, director of the Eurasia programme at the New Delhi-based Observer Research Foundation, India’s inability to juggle too many balls at the same time has created problems of perception. "It is hinged at the Indo-US nuclear deal. While the Russians want the deal and will garner a slice from it, there is a perception the deal is not separate from India being brought into the US strategic plans in Asia," he said. Russia also noted India’s vote against Iran under pressure from the US. "All this is breeding some amount of suspicion. This relationship is built on a unique trust. If we undermine that trust, it goes."

But Unnikrishnan also noted that if Russia was worried about India’s growing relations with the US, India had reasons for concern about the Russia-China friendship. Is it a marriage of convenience or a long-term strategic partnership against the US? If the latter, Russia will be forcing India to choose between the two, and good friends don’t do that.

Russia’s other unstated complaint is India’s alleged coolness to the Shanghai Cooperation Organisation (SCO), a group created in 2001 by China, Russia and three Central Asian countries. India has observer status in the SCO and Russia would like the prime minister to attend. But Indian diplomats say the Indian PM can’t attend as a supporting actor with no input on policy or agenda just because Pakistan’s Pervez Musharraf does.

Given the problems—both perceived and real—it is no surprise the pot is boiling. The prime minister’s visit will hopefully address some of the issues, but both sides must make an effort to avoid the abyss of rancour and reproach. At least for old time’s sake.