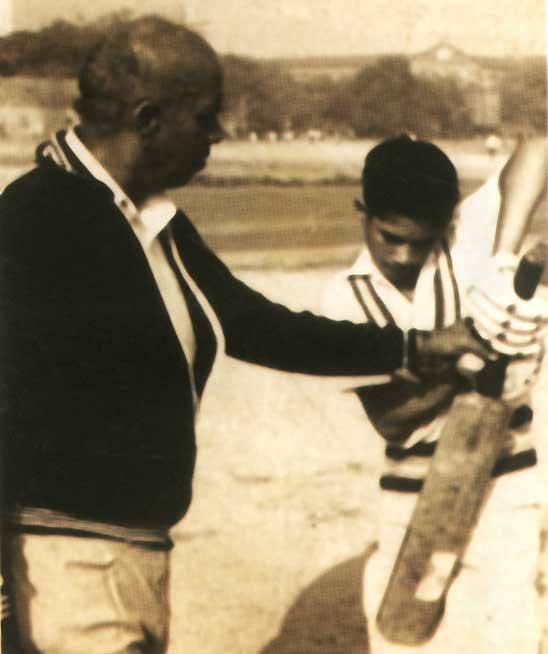 He’s barely three feet away from the TV screen, sitting on the edge of the bed in a red shirt and shorts following the action in the last Test of the India-Australia series. People kept coming and going but his eyes didn’t stray from the screen, taking in every detail.

Just a stone’s throw away from the legendary Shivaji Park in Mumbai, we are seated in a 100 square feet drawing room in another of the city’s unremarkable houses. What makes it special is it’s the residence of Ramakant Achrekar, perhaps India’s most famous cricket coach, the man who mentored and groomed Sachin Tendulkar.

That said, there’s very little sign of the famous alliance except for a solitary picture of Sachin standing behind his coach and a few friends at a far corner above the television along with a miniature cricket bat.

At 80 years and four months, coach Achrekar is a man of few words. But talk to him about his favourite pupil and the octogenarian makes a serious attempt to speak. He speaks extremely slowly and in...