The SIT has summoned him in a Gujarat ’02 case. But the trail is muddied. 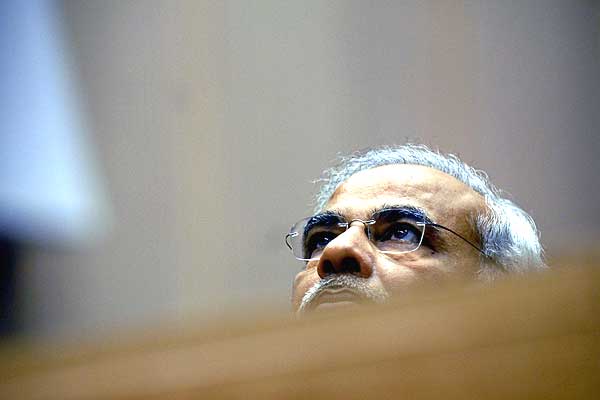 To keep track of the various Gujarat riot cases is to enter a legal maze. But in the cycle of events and non-events that routinely take place over the cases linked to the horrific events of 2002, the questioning of Narendra Modi is significant. If it happens on March 21, as scheduled, it would be the first such questioning of the man who presided over the state as the carnage spread and blood was spilt. Modi is supposed to appear before the Supreme Court appointed Special Investigative Team (SIT) for questioning regarding the murder of ex-Congress MP Ehsan Jafri and 68 others in the massacre at the Gulbarg Society on February 28, 2002.

As Outlook was going to press on March 18, the odds were placed on Modi appearing before the SIT, although the possibility of him taking advantage of legal confusion to avoid questioning also remains. Sources close to the CM in Ahmedabad said there would be consultations with lawyers till the last day and he would possibly take a call on the day before the appearance. Meanwhile, BJP sources in Delhi say, “It may be better for him to go as avoiding questioning may not always be possible.” 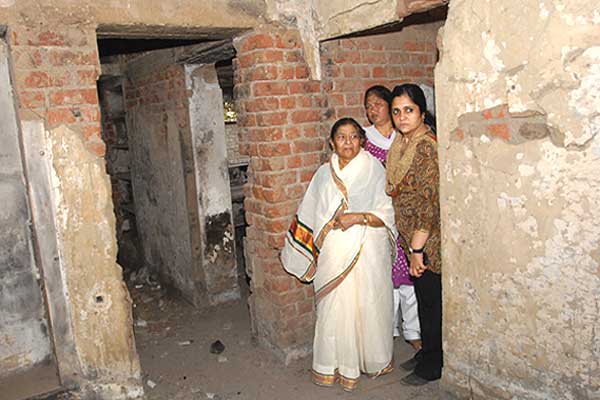 He has, however, managed to avoid it for eight years. Many weary lawyers who live in Gujarat and have tried to hold Modi accountable say, “If he shows up, be certain he will also show off.” Besides, his round of questioning involves only one case. Zakia, the widow of Jafri, wanted an FIR lodged against 62 individuals, including Modi, his ministers, bureaucrats and senior police officers. Since the police in Gujarat refused, she approached the Supreme Court which asked the SIT to take up the matter. The SIT, set up two years ago to look into many high-profile cases, functions as an investigative arm of the Supreme Court.

Outlook has learnt from well-placed sources that the SIT has no direct evidence of mobile phone records of Jafri speaking to Modi and requesting help. In those days, says a source, mobile connectivity was limited and Jafri may have used a land line as he spoke to several people. Shockingly, the landline phone records have disappeared. Many suspect the complicity of police officers who do not want the cases investigated. Yet, the SIT has apparently spoken to some 60 to 70 witnesses linked to the case and, after questioning Modi, can advise the court to investigate him further or lodge an fir against him.

A Gujarat government official told Outlook that if there was political will, Modi could have been charged under section 120 B of the IPC for “criminal conspiracy”, which is often described as the “favourite law of top cops”. The official adds that it is hard to get convictions for conspiracy but in the case of Modi, a political point would have been made. It is, he says, “an expansive charge” and conspiracy suggests “a meeting of minds”. Mukul Sinha, who is fighting some of the key riot cases, says, “The conspiracy section of IPC could have been easily applied against the CM. Doesn’t the US hold Osama bin Laden responsible for terrorism even though he did not fly the planes into the World Trade Center?”

The SIT has no evidence of Ehsan Jafri speaking to Modi for help during the attack. The landline records have vanished.

The credibility of the SIT has been seriously damaged with recent allegations that a witness in the torching of the Sabarmati Express was abducted and tortured by SIT officers. They wanted him to change his statement. Says human rights lawyer Colin Gonsalvez: “The fear is that the SIT will not punish the guilty and continue to prosecute the innocent. One can only hope we are all wrong.”

Equally revealing is the account of R.K. Shah, one of Ahmedabad’s most respected lawyers. He recently quit as special public prosecutor of the Gulbarg Society case because he found it impossible to work with the SIT. He describes their tactics: “Here I am collecting witnesses who know something about a gruesome case in which so many people, mostly women and children huddled in Jafri’s house, were killed and I get no cooperation. The SIT officers are unsympathetic towards witnesses, they try to browbeat them and don’t share evidence with the prosecution as they are supposed to do.” 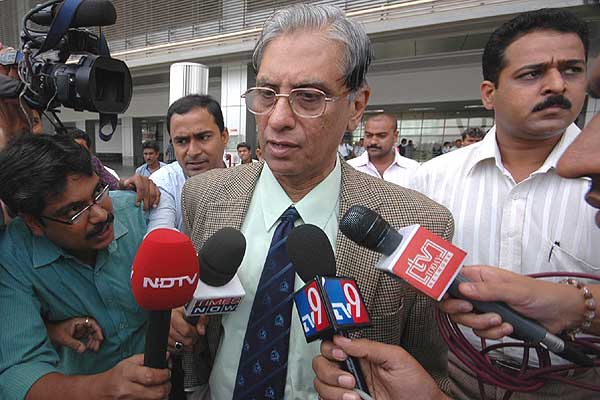 Shah also told Outlook that the day after his resignation, the SIT chief R.K. Raghavan called him up and requested him to stay on “for the sake of the victims”. Raghavan, a former director of the CBI, also sent a fax to Shah. But Shah says: “Raghavan is from outside Gujarat so he may have good intentions. But what can he do with those police officers who want to cover up everything? I know how they operate. They keep preparing documents in Gujarati to confuse Raghavan and the few officers he has brought from outside.”

Outlook has also learnt that the SIT intends to have Modi questioned by retired CBI officer A.K. Malhotra, who is also from outside Gujarat. If the CM does turn up, there will be questions about the meeting he held in Gandhinagar on February 27 to review the fallout of the Godhra train incident. Did Modi tell officers to “let Hindus vent their anger”, as former police officer R.B. Sreekumar has alleged? Many individuals Jafri called desperately on that dreadful night have also testified that he told them he requested Modi for help but the CM was not helpful. Will the SIT suggest that such evidence is enough to implicate Modi in the conspiracy?

The SIT can certainly conclude that Modi, at the very least, deliberately looked the other way and failed to stop the violence. It can make a case for the Supreme Court to censure Modi. If it fails to do even this, one could say the entire exercise was another legal disaster in the tortured journey of the Gujarat riot victims.