Neither One To Blink First

Is the Kohli-Kumble tussle real or a facade to dump the coach’s proposal for better pay? 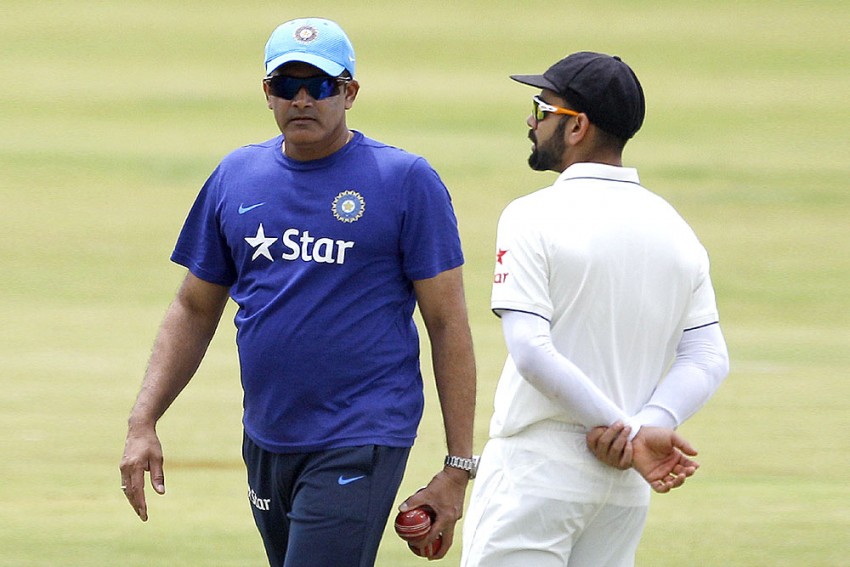 In Shades
Virat Kohli, Anil Kumble at a training camp in Bangalore
Photograph by AP
Qaiser Mohammad Ali June 01, 2017 00:00 IST Neither One To Blink First 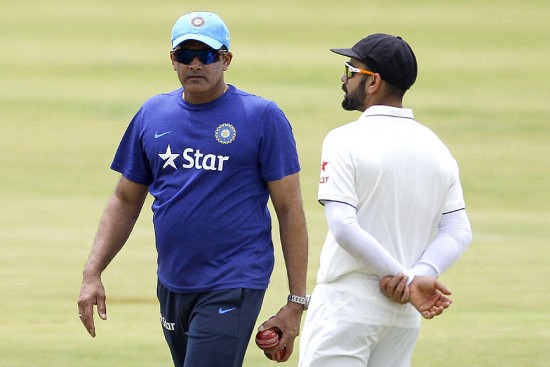 A ny event in Indian cricket, however routine, always has all the makings of a nail-biting game. It comes with a dose of drama, mystery, innuendo, allegations by anonymous people.... So is the impending appointment of chief coach of Team India. The BCCI recently advertised for the post and gave current coach Anil Kumble a dir­ect entry into the candidates’ pool.

However, just a few days before the interviews for the coach’s post were to be conducted, on June 5 and 6, a new crisis broke out—an apparent tussle bet­ween captain Virat Kohli and Kumble over issues that are yet to be outlined by either party. But sources confirmed to Outlook that there indeed is a face-off between the two and that the advertisement was put out only after the issues were brought to the notice of the all-powerful Committee of Administrators (CoA) as late as May 21—perhaps to find a middle path in resolving the crisis.

Soon after a search for a new coach was launched, stories starting appearing in the media that the Board was ‘unhappy’ with Kumble, especially after he made a presentation to the Supreme Court-appointed CoA over pay packets of players and coaching/support staff of the Indian team. Some anonymous officials—the BCCI today comprises just three office-bearers, after the SC sacked the top two—rep­ortedly said that Kumble had “exc­eeded his brief” and that he was being “greedy” for seeking a revision in salaries. What they didn’t say was that Kumble had made the presentation only on the instructions of CoA chairman Vinod Rai, who had earlier told Outlook that he had inv­ited “interested stakeholders” to “give a presentation and explain to us what their views are” on pay packets.

The crisis seems to be a sub-plot of the larger power struggle between the CoA and BCCI officials.

Then, on May 30, a day before the deadline for applying for coach’s job, there were reports that Kohli and Kumble are drifting away, if not alr­eady fallen apart. BCCI insiders confirmed that the crisis was real. “There is truth in this—Virat is not very comfortable with Kumble—and the CoA is upset with the development because after India’s performance this season (winning 10 of 13 Tests in 2016-17 home season) it should not have happened this way,” a source close to the CoA told Outlook. To think that all this is happening during the Champions Trophy, which began on June 1, of which India are defending champions!

Some insiders say coach and captain together prepared a salary-related presentation made to the CoA. At the time, Kohli didn’t find Kumble ‘overbearing’, as he is made out to be now, while the coach asked for 25 per cent extra allowance for the captain. After the presentation on May 21, when CoA members asked Kohli over Skype if he was aware of what Kumble had proposed, Kohli said he and the players were all behind Kumble on the issue. Apparently, in his presentation, Kumble not just talked about the pay for the seniors, but for all first-class players. Tony Irish, executive president of the Federation of International Cricketers Associations, the umbrella organisation of players, puts the issue in perspective. “It’s not just about neg­otiating money but also about looking after players and providing support for them even for life after cricket. Players around the world get these benefits but the Indian players don’t,” Irish tells Outlook.

Does the Kohli-Kumble tussle mirror the turf battle between BCCI off­ice-bearers/state ass­ociations and the CoA to wrest control of the Board? The current crisis does seem a sub-plot of the larger power struggle. “BCCI officials are keen to see that this rift widens so that Kumble doesn’t continue. If Kumble is out the Board won’t have to settle for those extra pay packets and those demands will fizzle out. The new coach will obviously not put his head on the chopping block,” said an insider. He says that the CoA advertised for the coach’s post only after it was told about the crisis on May 21, hinting that but for this episode Kumble would have got an extension without going through the process of selection. The source all­eged that to counter Kumble, a BCCI office-bearer and a general manager even asked Virender Sehwag to apply, without taking the CoA into confidence. When Rai came to know about it, he was “very upset” with the two officials. Sehwag has reportedly rejec­ted the offer.

But what exactly is the problem bet­ween the coach and the captain, when till recently, both Kohli and Kumble seemed to on the same pitch? Apparently, the selection of the Indian XI in the fourth and final Test against Australia in March was one of the thorny issues. Kohli missed that match due to injury and Ajinkya Rahane captained the team. The other charge is that Kumble is ‘overbearing’. “There’s more to it that just saying Kumble is overbearing. His image is overbearing. I don’t think the team has performed well without his inputs etc. And what if a new coach comes in and he too becomes ‘overbearing’?” countered an expert aware of the crisis. Originally, the BCCI was to announce the new coach on June 10, but that may not happen now. 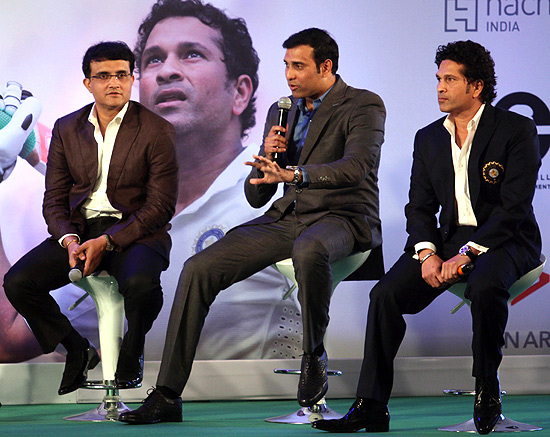 All eyes are now on the Cricket Advisory Committee (CAC), comprising Sachin Tendulkar, Sourav Ganguly and V.V.S. Laxman. After all, it is they who picked Kumble, so they would be keen that he is allowed to continue. Tendulkar and Ganguly are already in England. Vinod Rai is also scheduled to be there on a private visit. A flurry of meetings are expected to sort out the issue. But if the CAC declares Kumble the winner, then how will he get along with Kohli in the upc­oming months and years? “After all, if the coach is going to be appointed till the 2019 World Cup, you can’t have the captain and the coach not on the same page for so long. Maybe they should sit across the table and talk after the India-Pakistan match on June 4, as the interviews will be held on June 5 and 6. I’m sure the problem is not so big that it can’t be solved. A little give and take can be done,” says a BCCI insider. Vinod Rai has nominated BCCI CEO Rahul Johri as the CoA’s representative to oversee the process of the coach’s appointment.

If the problem is not resolved amicably then there is a chance of an interim coach—probably current batting coach Sanjay Bangar—being appointed for the short tour of the Caribbean, while efforts would continue to resolve the issue. Kumble’s admirers feel he should continue. Sandeep Patil, the immediate past chief national selector who worked with Kumble closely till September last year, is one such person. “He has done exceptionally well. I worked with him as chief selector and India coach (in mid-1990s, when Kumble was a player and Patil the coach). His involvement, his inputs, his guidance, his experience, his knowledge, everything has worked so well for the Indian team, the players,” Patil tells Outlook. Former Test player Yajurvindra Singh feels Kumble will brook no competition. “I don’t think anyone will put in his name to challenge Kumble. I think it will be a one-horse race. And that will embarrass them even more. Tell me, which foreign player will put his name to challenge Kumble? You know that Laxman, Ganguly and Tendulkar are going to back Kumble,” says Singh. 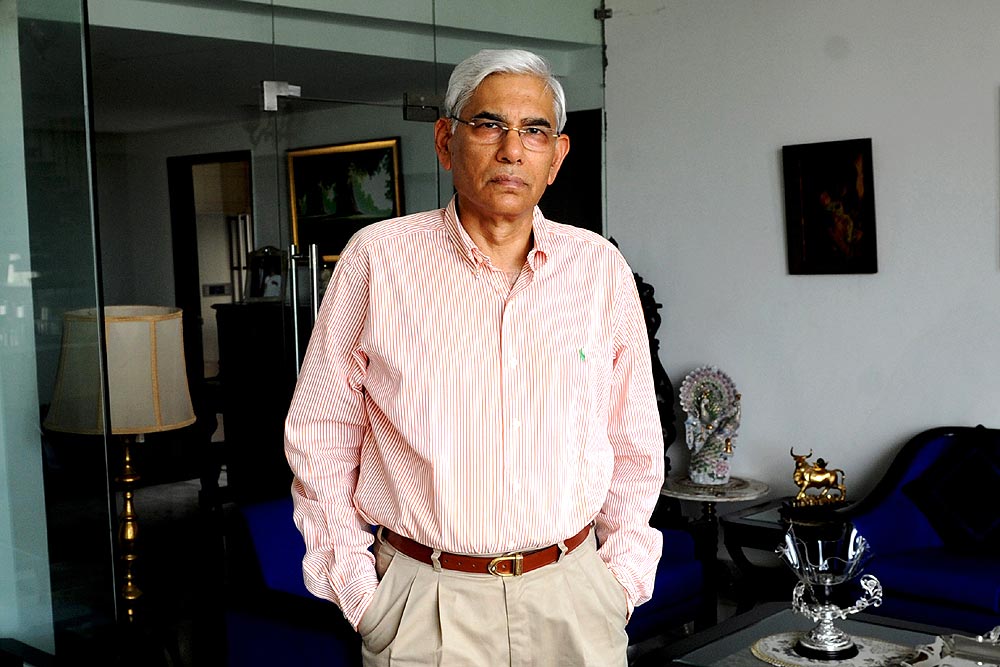 Photograph by Sanjay Rawat
A source says a BCCI official asked Sehwag to apply for the coach’s post without telling the CoA. When he came to know of it, Rai was upset.

Kumble’s critics point out that a major chunk of his success came at home last season, particularly in Test matches. But the BCCI had chalked out the Indian team’s itinerary well before Kumble was appointed coach. BCCI scheduled four series at home not in anticipation of his appointment, but with the sole aim to earn more money—it earned well over Rs 1,000 crore from 2016-17 season alone. Sources close to the CoA allege that BCCI officials knew about Kohli’s viewpoint on Kumble well before Rai and his committee members did. “BCCI officials could have brought this rift to the CoA’s notice much before, because one feels they knew about it much bef­ore, and one wouldn’t be surprised if they even fuelled the fire by probably influencing Virat,” he said.

All this might demoralise the Indian dressing room in England. “Just imagine Kumble’s position before the team now. How can he now demand respect? There are so many juniors in the team and they wouldn’t know who to follow—Kohli or Kumble. Even the support staff won’t know what to do. That is going to affect the morale of the team during the Cha­mpions Trophy,” says the BCCI insider. It is the last thing Team India sho­uld be worrying about before the high-­­voltage India-Pakistan game on Sunday.

Lured By The Sirens