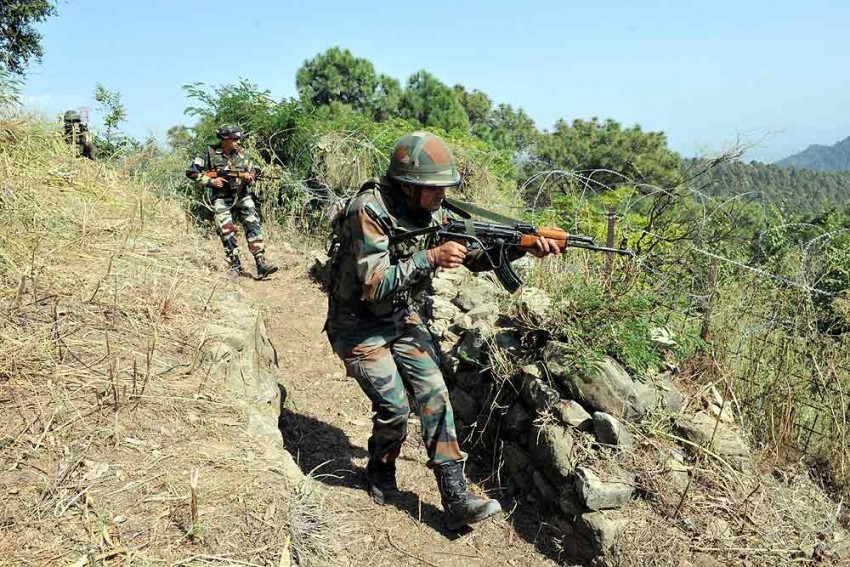 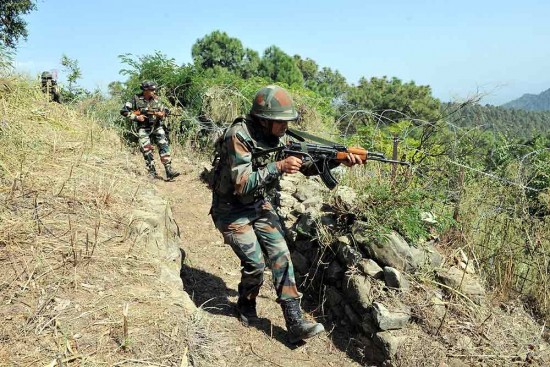 The mutilated body of an Ind­ian soldier, days before a senior envoy of the Pakistani PM is  to visit India would hardly be the right note on  which one could hope to normalise relations. Yet, despite India’s threat of “retributory action”, Pakistan was clear there was no change in its decision on the proposed visit—a move that many feel has a potential of laying the groundwork for resuming the stalled India-Pak dialogue.

Sartaj Aziz, Pakistani PM’s special adviser on foreign affairs, would be in Amritsar ostensibly, to attend the ‘Heart of Asia’ conference—a 14-country regional initiative to restore normalcy in Afghanistan, co-hosted by Indian and Afghan governments on December 4. Islamabad on Wednesday offcially announced Aziz’s visit to India for the conference.

Finding innovative ways to prepare the grounds for resumption of repeatedly sta­lled dialogue has remained a challenge to Indian and Pakistani establishments. A heavily touted game of cricket or a hopeful ‘peace bus’ across the border have all been tactics by leaders in the past to reach out, especially after a stinging bout of hostility.

One could argue that attending a reg­ional conference hosted by the neighbour may not be the most imaginative way to suss out the thinking of that country’s  leadership. But in terms of calling global attention to one’s sober intentions, this might be an effective one.

“This could be a good opportunity to defuse tension” between the two sides, Aziz told PTV.

Prima facie, it’s a sound enough argument. Tension between the two sides have been running high ever since the Uri terror attack that forced ‘surgical strikes’ by Indian soldiers across the Line of Control on September 29. The LoC has been active ever since, with each side retaliating at the other’s ‘violations’ and inflicting casualties.

But, in the wake  of developments along the LoC, especially the mutilation of the Indian soldier’s body, how bri­ght could the prospects of the talks be? Some experts argue the ‘surgical strikes’ by India had officially ended the ceasefire along the LoC. “After the surgical strikes, the ceasefire has been permanently violated,” says former MEA secretary K.C. Singh. He points out that though there are regular violations of the ceasefire with constant cross-border firing, neither could afford it to escalate into a war. This would mean restoring the ceasefire agreement is the best option for both countries. “But this could only be put in place through a dialogue,” adds Singh.

However, sceptics in India think Aziz is trying to achieve more than one goal during his India visit. “Sartaj Aziz has multiple purposes for coming here. His attempt to talk to the Indian leadership is just one of them,” says IDSA director-general Jayant Prasad.

The other, according to Prasad, has to do with Pakistan’s involvement in Afghanistan. By coming here for the December 4 conference in Amritsar, Aziz is trying to convey to the world, and perhaps more imp­ortantly to the Afghans, that Pakistan—a party to US-led international con­­ferences in preceding years about the future of Afg­hanistan—is willing to play a constructive role in the war-torn country’s efforts at res­toring stability.

Aziz had adopted a moral high ground when he told reporters in Islamabad that unlike India, which took the ini­­­tiative of cancelling the SAARC Summit, slated to be held in Islamabad early this month, he wants to play a positive role.

The Indian establishment feels that Aziz is trying to make a virtue out of a necess­ity. In the recent past, Pakistan has been facing increasing isolation in the region, a reflection of which was the decision of all the South Asian countries to rally behind India in staying away from the SAARC Summit. By attending the conference, Aziz is trying to convey that Pakistan is no longer isolated. In addition, it might have been impossible for Pakistan to stay away from a conference on Afghanistan. Pakistan’s absence would have led to the dilution of the primacy of place it claims to enjoy on issues related to Afghanistan.

“The Afghan leadership has been blaming Pakistan for being the problem rat­her than the solution,” says Prasad. By attending the conference, Aziz is trying to assure the Afghans both about Pakistan’s positive intentions and also to remind

the world that Pakistan will continue to play an important part in Afghanistan.

But will Aziz succeed in reaching out to India? He starts with a handicap—his Ind­ian counterpart, Sushma Swa­­raj, is ill and will not be at the conference. But since

India is the co-host, a senior cabinet minister is likely to be deputed. However, if Aziz is planning for a meeting on the sidelines, he might be disappointed.

His other option is to engage with MoS for foreign affairs, M.J. Akbar and other officials. But this may not culminate in the resumption of dialogue between the two sides.

Aziz may ask for a ‘call on’ Modi. But no such request has been made so far.

“PM Modi is too pre-occupied with his demonetisation initiative and how it is playing out to focus attention on relations with Pakistan now,” says former MEA sec­r­­etary Vivek Katju. Though he points out that Modi has done totally une­xpected things in the past and may do so again.

But the question, therefore, arises that if resumption of the stalled dialogue was one of the main aims of Pakistan, why did its leadership take such a risk in sending someone as senior as Aziz without being assured of a meeting with the Indian PM?

The decision allows the Pakistani PM to tell India that he is still on board. But it also is aimed at the world, telling them that Pakistan is interested in talks when there is nothing else to talk about. But where does the Pakistani army stand on such a move?

The current Pakistani army chief, Rah­­­eel Sharif, is on his way out. Breaking from past precedence, Sharif did not seek an extension. But if tension along the LoC hots up further, will Gen Sharif, who is is due to retire at the end of the month, change his mind?

It is the prerogative of PM Nawaz Sharif to pick any one of them as the new chief of the Pakistani army.

“This (the Heart of Asia conference in Amritsar) could be a good opporunity to defuse tension” between the two sides, Sartaj Aziz told PTV.

If, barely a few days after this crucial dec­ision is made by the Pakistani PM, Aziz is here to convey to Indian leaders Pakistan’s keenness to resume talks, questions will be asked if he is here with the approval of GHQ Rawalpindi.

If PM Sharif gets to choose his own general to this crucial post, then Aziz may well be carrying a message for the Indian PM. On the other hand, a lukewarm and non-eventful visit by Aziz may send the message out that the status quo will continue for several more weeks.

“Honestly, at this stage India and Pakistan have run out of a script. They need a new one and that isn’t there,” says Siddiqa.

Such gloomy predictions may not produce optimism in either capital. But it may force realists in India and Pakistan to come up with some innovative idea, something to stall this vicious cycle that the two hostile neighbours are caught in.