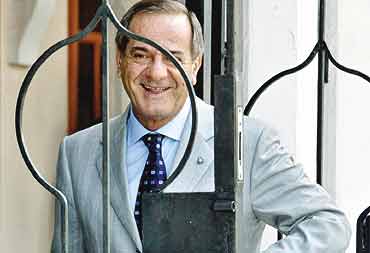 A fortnight after the government was pushed into damage-control mode on the Quattrocchi-Bofors issue, new facts emerging from the CBI point to complicity in the case dating back to the NDA regime. The most important revelation, accessed by Outlook, is that when Arun Jaitley was law minister in the NDA regime, additional solicitor general Mukul Rohatgi told the Delhi High Court that the CBI had no evidence linking the Bofors payoffs to Ottavio Quattrocchi's frozen London bank accounts.

What Justice J.D. Kapoor thus recorded in February 2004 is telling: "Even to the pointed query made by this court as to evidence showing the receipt of bribe money, if any...", Rohatgi "...appearing for CBI, candidly and fairly said that till date there was none."

In fact, CBI records available to Outlook include a spate of letters and e-mails from the Crown Prosecution Services (CPS), London, to the CBI, seeking clarity on a range of issues ever since the two Quattrocchi accounts were frozen in 2003. In fact, the CPS had written to the CBI on April 29, 2004, when the...