Documentary filmmaker and author on her new book, Lata Mangeshkar...in Her Own Voice 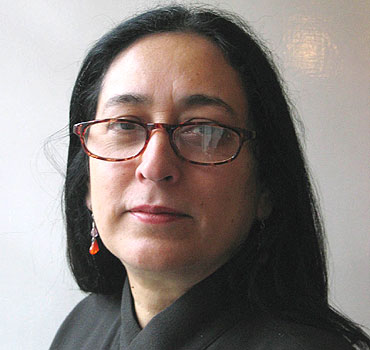 You’ve made a documentary on Lata Mangeshkar. Now a book.

Yes, it was in 1991 for Channel 4 London. I thought a book on Lata in her own words would always be welcome.

What’re you telling us that we don’t know?

She’s a very private person and hasn’t given many interviews so it’s really her journey, her work, how she approached songs and various things which I have never heard before.

Your documentary was a big hit.

Yes. I don’t think there’s been another on her.

How did Lata react to the idea then?

She had seen my docu on Guru Dutt and based on that she seemed to like my work.

I approached her and she said ‘go ahead’. I had twenty long sessions over the phone because I was in London. I came to Mumbai in October and till March we had many discussions.

How good is her memory?

Far superior than most people’s, it is brilliant. Most singers memorise songs. She has photographic memory of musical compositions so she has it complete in her...