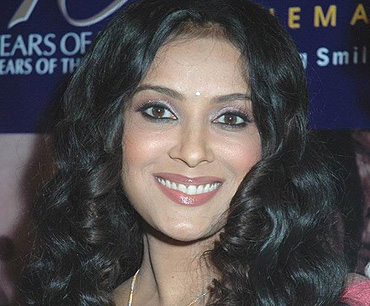 I’m obsessively drawn to new challenges, so there have been a few memorable films. I give myself fully to every role, hence there’s more to look forward to than one film’s achievement.

Tell us briefly about your role.

Sugandha is the eternal child-woman, angelic and innocent yet unconsciously sensuous. Her journey mirrored the trials of all the classical heroines she posed as for Ravi Varma.

We’ve heard about the intimate scenes.

There’s a mistaken notion of steamy sex scenes. On the contrary, it’s completely about an artist and his muse creating a masterpiece.

You grew up with Ravi Varma paintings around your house.

True, I’ve been spellbound by Ravi Varma from childhood, and I’ve been looking at the woman I was to play for as long as I’ve been in Bombay.

Your parents (Amartya and Nabanita Dev Sen) must have been a strong influence.

Yes, both are greatly inspiring souls who’ve supported me in my crazy decisions. They...