Nilekani executed the Aadhaar project, an ­attempt to create a biometric database of the entire population of India. It was hailed as the biggest social project on the planet. 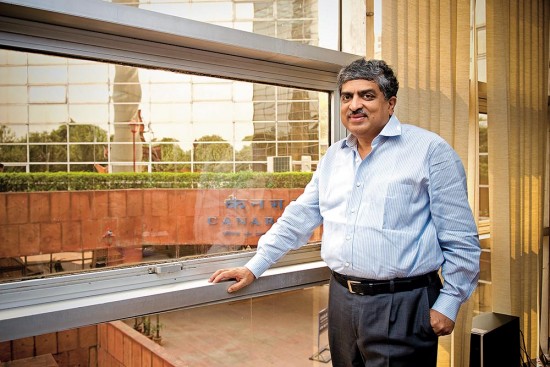 ROM the start, it sounds like another one of those ‘middle class boys making it big in life through sheer hard work and grit’ stories, except, there is much more to the tale. A son of a textile engineer from Bangalore, Nandan joined the hallowed IIT Bombay after school to do electrical engineering.

He then joined Patni computers in 1978, where he met N. R. Narayana Murthy. This meeting was in some ways the genesis of Inf­osys, which he later founded with six others including Narayana Murthy in 1981. He became the CEO of Infosys in 2002, a post he served for the next five years , considered one of the best years for the company.

Post 2007, Nandan was appointed as the co-chairman of Infosys, a post he gave up in 2009 on a momentous call from the then PM Manmohan Singh to lead the Unique Identification Authority of India as its chairman for a project, the scale and vision of which was unprecedented in India. As chairman of UIDAI he...