It’s a British-Tamil creation, only just shedding its marinade 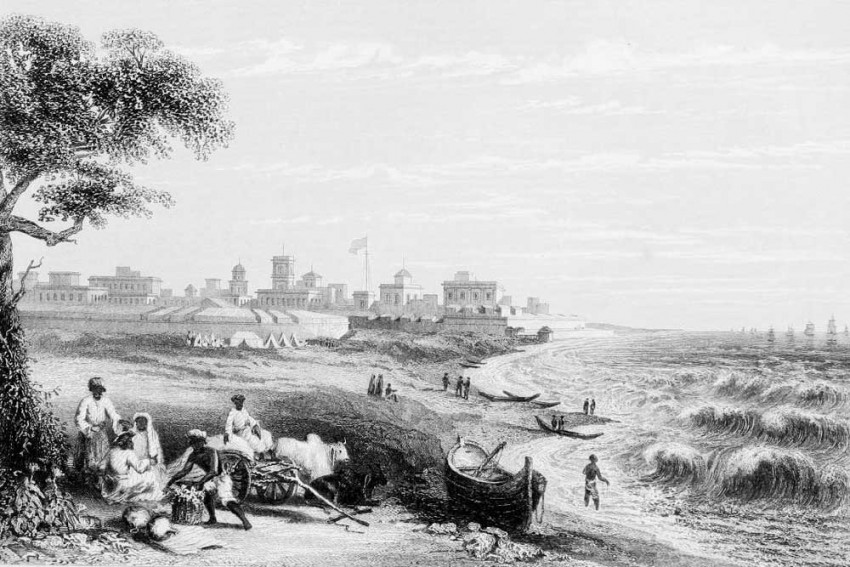 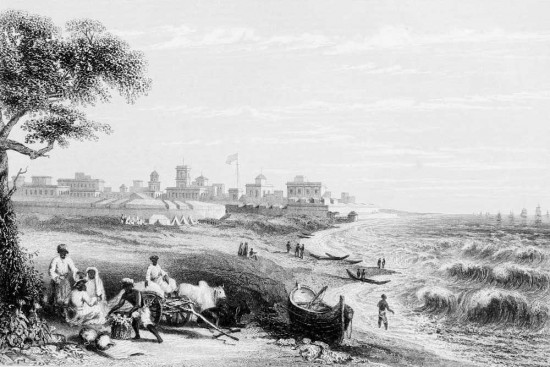 It shows its age after living 375 years and struggles to celebrate its birth on this sandy strip of beach off the Coromandel coast this August. Its bones do creak, its arteries are clogged, it gasps for breath, waiting each afternoon for the sea breeze to cleanse its lungs of pollution. Like all things old, it has bouts of amnesia and has to be reminded that it has survived into this 21st century. Quite consciously, it does not want to be reminded that it is the artificial creation of an alien civilisation and not an ancient city that has existed for a thousand years. It has bouts of self-destruction, encouraged by its carers who, like plastic surgeons, see the potential in removing the cancer of beautiful historical buildings and graceful garden homes to transplanting them with artificial modernity. Yet, despite their efforts to change its physical characteristics—more shiny, more fair, more unaesthetic—it cannot perform that essential brain transplant and make the city forget its past. Names do have a temporary existence. This old city has emerged from the past as Chennai, shedding the Madras bestowed by the British. That old Madras continues to survive beneath the surface.

Despite its age and plastic surgery, Chennai remains sprightly as a teenager. It revels in its energy and exuberance to have not only survived the exigencies of time, and the avatar of a new name but grown far beyond the borders of that sandy womb. Who would have thought that an Englishman, Francis Day, in pursuit of a Portuguese beauty living at San Thome, would have choosen this barren coast to establish a trading post for the East India Company which would evolve into an empire greater than the Mughal one? Ironically, the Portuguese traders and the Armenians were first to set foot on this obscure shore, so far from Delhi, but their ambitions were limited to building themselves a cathedral, San Thome (1678), and a church (1772) a stone’s throw away from their landing site. The British bustled in after Day and fortified themselves in Fort St George, an unimaginative, stubby bastion built in 1644, that does not possess the splendour and architectural magnificence of old forts. There are no marble pavilions within these iron walls, but there is St Mary’s Church, built in 1678, and the oldest Protestant one east of Suez. The footsoldiers of this empire, men, women and children from the 17th and 18th centuries, are now plaques in St Mary’s church. Inside the cool interior, in the shade of a banyan, one feels the melancholy of a past age. Like all empires, they had to mark their presence on this alien soil.

“One day, the city went to sleep to the notes of the veena—and woke up to radio mirchi.”

They were eccentric architects. The High Court, domes and minarets, Central Station, Senate House, the Art Gallery (still under restoration) and Victoria Hall are Indo-Saracenic, while the Rippon Buildings and the Ice House resemble the great English manor house. Apart from the Fort, there is the museum, with the finest collection of bronzes in the world, and the adjacent theatre, a half circle of red sandstone where the British performed comedies. Mysterious fires have burned down the magical Moore Market, the splendid Spencer Building, the Nawab’s palace and other government-owned buildings that once blotted the Madras landscape. There is no heritage Act, as the state waits for its heritage buildings to finally collapse. Or catch fire.

Beyond the fort walls, in villages called Egmore and Nungambakkam, lived the British nabobs in palatial garden bungalows. While north of those walls, crowded in narrow lanes set in a grid pattern, lived the native who serviced this budding empire and its inhabitants. It was called Blacktown, and then politically corrected to Georgetown. Over the centuries, it all coalesced to become this city.

All these changes have sneaked up on Chennai when it was still contemplating its masala dosa, until one day it went to sleep to the soothing sounds of a veena and was awakened rudely by Radio Mirchi, the latest FM station. Chennai slept, dreaming of its girls wrapped in six yards of Kanjeevaram sarees, and woke to find them all now in jeans and sweatshirts, racing around on their scooters with cellphones pinned to their ears instead of mallipoo.

And yet again, the past remains embedded in the city. No other city, anywhere in India or the world, has a cultural extravaganza like the sabha season. Every December, over 20 days, 1,500 musicians, singers and dancers perform in 20 sabhas around the city. The idea is to celebrate Carnatic music but the city also has performers from everywhere vying to be included. The sabhas are packed. And if you think it’s only the old attending these concerts, think again. Eight- and ten-year-old children sit still as rocks for three to four hours listening to classical music and keeping the beat. They might then go out and listen to their rock music, but deep down they still retain their cultural roots through their music and dance. What other city can offer such a deep cultural and traditional mooring?

No longer can it be called a thair-sadam city with barely two Chinese restaurants where the more adventurous dined. Today, in its new avatar, it has leapt over centuries to become a gourmet’s delight. It’s as if with the name change, it took on a new identity. It’s a city with lobster thermidor, steak au poivre, cannelloni, spaghetti with pesto sauce, duck a la orange, enchiladas, fish and chips, couscous, tortillas and paellas on its menu, to be washed down with Australian and French wines. And this is not including Korean, Japanese, Thai, Chinese, tandoori dhabas, Chettinad, Gujarati and Bengali restaurants and hamburgers, pizzas and even the Big Mac.  The patina of modernity lies lightly on the people, as they have adapted to it to make Chennai more accessible and acceptable to all the new breed of invaders, Punjabis, the Brits (again), Americans, French, Germans, Japanese, South Koreans. Not to mention the continued presence of Telugus, Malayalis, Sindhis and Assamese, to name just a few groups from this complex country who have made their homes here.

The old Tamil Brahmin component is cohesive, and difficult to submerge in any new identity. They visit their temples regularly and draw the morning kolam outside their doors, even in the new flat-style living they’ve adapted to. The Tamils have such a strong, unshakable belief in themselves that Hindus, Christians, Muslims, Jains, Parsis, Buddhists and Sikhs live together without the dread of riots. The Tamils are confident that, over the centuries, they have always treated the different religions with respect. They remain a courteous and gracious people, and have not yet picked up the abrasive habits of the north or the west.

Cities retain their characters, no matter who invades them, and a visitor can sniff it in the air. New York smells of manic infectious energy, London of staid and historical stability, Paris of possible romance and beauty. The Madras air, beneath the new odours of Chanel and pesto sauces, and even its name change, is still replete with odours of sambar and rasam and, more significant, soaked in culture and old traditions. In the evenings, the people still have their Marina, where they can sit, picnic, talk and be grateful they live in a city with the sea breeze to caress away all memories of the day’s legendary heat.

One Word For A Year-II