'Nail In The Coffin For Tests'

The renowned social psychologist says only three areas of our life—cricket, cinema (Bollywood) and crime—recognise capability wholeheartedly and unconditionally. 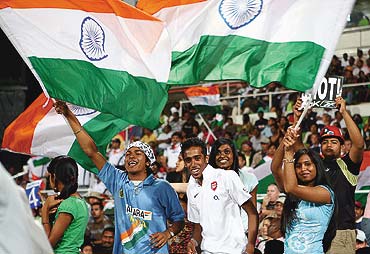 Renowned social psychologist and author of The Tao of Cricket, Ashis Nandy, speaks to Debarshi Dasgupta on India's victory in the Twenty20 Cricket World Cup

Will this victory change the subcontinent's hold on the game?

No. Intelligent people know that 20:20 is more of a gambler's game than other versions of cricket. They will not take the victory that seriously. Second, South Asia's hold is built on money and the size of the audience it supplies; they are unlikely to be affected by the victory.

Imran Khan has given the best answer: 20:20 reveals a player's talent and, I would add, luck. It tells you much less about the player's technique and temperament. In the long run, 20:20 will be another nail in the coffin of Test cricket, probably the only game known to humankind that is a living criticism of the urban-industrial vision and modernity.

Will the loss of Test cricket be lamented in India?

We have lost the language of lament in modern India. That is...