The deal is needed, but India had better be honourable about testing 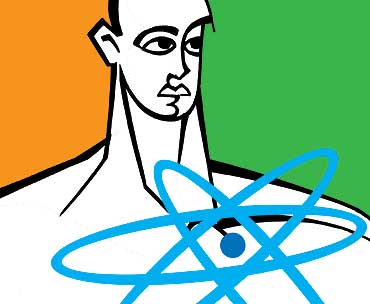 outlookindia.com
-0001-11-30T00:00:00+0553
Even if the Americans have so hopelessly complicated their democracy, and we our politics, some things really are quite clear through the haze of punditry clouding this nuclear business. One, that if India carries out a nuclear test, it cannot go like Oliver and say 'Please, can I have some more, I just blew up what you gave me.' The French too have made that clear; it's just that they don't make a fuss about some things the American way.

Just as quietly, the French also denied India their reprocessing technology, the best bet in the world to cut dependence on new supplies, though there is political promise of fuel supply. The Americans have written their enrichment and reprocessing (ENR) denial into law, in the Hyde Act. And we sound surprised, even betrayed, that the Americans would not break their law to please us. They must be pleased in Dublin, Wellington and Vienna. Weren't these two conditions on testing and technology transfer just what they wanted written into an agreement at the Nuclear Suppliers Group meeting early September?

Seen from the Left in India, this is one kind of betrayal, seen from the right, another. But look at it straight, and it's nothing of the sort.

Much of the world is astonished, and quite a bit of it envious, that India could have swung such a very amazing deal. India declares it has military nuclear reactors, refuses to open them to inspection, everyone knows it has nuclear weapons, it refuses to make a commitment against producing more, refuses to sign the treaty against possessing nuclear weapons, and still demands resumption of nuclear supplies cut off for all these reasons—and gets it. And yet this isn't good enough for the bjp.

Because India, it says, must test. Speaking purely militarily, it must. The US has carried out 1,032 tests, what was the Soviet Union 715, France 210, China and Britain 45 each. So India's two, in 1974 and then the set in 1998, are really not enough to test through a full nuclear defence. But for that India would need another 50 to 100 tests, not another symbolic one; it would need the uranium, the money, the technology, an economy strong enough to defy the world. India isn't there, face it. The level of testing militarily needed is not an option, we really have no alternative to being honourable.

But nuclear teeth tested a 100 times would still not be the answer to China. The Chinese are of course not to be trusted (if only because you could never trust anyone who eats just about everything). But they'd look to target India through terror via Islamabad, through state support to block Indian exports, not through missiles. The answer to the Chinese is a powered economy, not missile fantasies. That second 'no' on reprocessing is the smaller one. Sure, others have technology that is some steps ahead of what India currently has. But knowledge finds a way of filtering through.

The half-full part is a good deal more than half full. New promise of power for half-working factories, for farmers and their fields, for cities that play dice with darkness. bjp leader L.K. Advani has noticed now that the sun shines, that the wind blows, but this new call to wind and solar rather than nuclear energy is really a lot of cattle waste of the male kind, provoked only by the new hyphenation of nuclear with Congress. Solar and wind are of course wonderful, but they will not on their own substitute uncertain gas and dwindling coal in the time India has, on the scale it needs. Nuclear can.

Along the way, Manmohan Singh's men have sadly had to take positions approaching doublespeak, or at the least speak here and speak there that's not entirely synchronised in tone and emphasis. Because the deal was not, after all, unconditional, nothing ever is. There have been two worlds to deal with, the one within and the one outside. An audible mismatch has arisen frequently between talking sense abroad and talking big at home.

All this has been necessary only because Manmohan is a visionary mired in murk. He had to talk past the opposition to power India's future. Nuclear can mean a costly start, but there is capital around. In time it works—the almost entirely nuclear French now produce the cheapest electricity in Europe, and sell $5 billion worth of it a year, a beacon for India. Now, and not for the first time, we only have us against ourselves.