The Kamasutra is a manual for sensual living. Its role in a civilised aesthetic of love is lauded by Wendy Doniger. 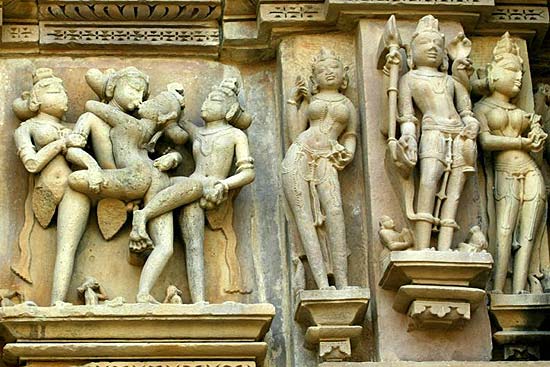 The Mare’s Trap: Nature And Culture In The Kamasutra
By Wendy Doniger
Speaking Tiger | Pages: 181 | Rs. 399

Vatsyayana, author of the Kamasutra, tells us that human desire is a matter of culture far more than that of nature, which is a principal theme of this wonderful collection of essays by the Sanskrit scholar, Wendy Doniger. It prodded me to go back and read the Kamasutra, and I discovered to my delight that it is not a sex manual but a charming, surprisingly modern guide to the art of living. Addressed to both men and women, it teaches good manners: “the best alliance plays the game/so that both sides taste one another’s happiness/and treat one another/as unique individuals”. It tells the man, “don’t be hurtful or barbaric...be gentle and cautious with your bride...women are like flowers and need to be enticed very tenderly...learn to satisfy a woman first in bed...treat her in a way that she achieves her climax first”.

“The Kamasutra is about pleasure in a much broader sense—good food and good drink, wearing beautiful silk clothing, going on picnics, listening to good music,” says Doniger, whose English translation of the classic text is the very best available today. The hero of the Kamasutra is called Nagaraka, a cultiva­ted man-about-town, and I wondered who would not be attracted to his charming and sophisticated (albeit decadent) lifestyle. On a typical day, he has his limbs massaged with oil, teaches parrots and mynahs to speak, and engages in a whirlwind social life filled with games, music, and salons on art and literature, ending in a night of pleasure. He also gives picnic parties in gardens at the edge of the city where women come decked out in lavish jewellery and elaborate hairdos that they hold in place with delicate, ornamental hairpins that one can still see in the miraculously preserved murals in the Buddhist caves at Ajanta.

For a man who is self-consciously writing the authoritative text on kama, however, Vatsyayana is surprisingly ambivalent about human desire. Ever so often, he stops to remind us that the pursuit of kama must be tempered by dharma: “The man who is well-taught and expert in this text/pays attention to dharma and artha;/he does not indulge himself too much in passion/and so he succeeds when he plays the part of a lover”. Even as he pretends to persuade women to transgress, Doniger says, “the actual content of the stories is designed to warn them, as they are explicitly said to warn men to look before they leap”. He has wisely understood the innate conflict between one’s duty to oneself (kama) and his duty to another (dharma) that is responsible for the ambivalent, often melancholic, human condition.

Can the Kamasutra help win a war to liberate the repressed Indian middle class? There are reasons to be hopeful.

However, the Kamasutra must have had to wage a ‘war of freedom’ in order to rescue pleasure from three powerful adv­ersaries in ancient India: the Brahminical establishment, which dictated in the dharma texts that sex was only for reproduction, not for recreation; from the renouncers—yogis, ascetics, Budd­h­ists and Jains, who regarded desire as an enemy to spiritual progress and equa­ted Kama, the god of love, with Mara, ‘death’; and a third, uncultivated view of desire as a straightforward matter of phy­­sical gratification, a view that pervades Sanskrit epics like the Mahabharata.

Can the Kamasutra be an ally in a similar war to liberate the contemporary Ind­ian middle class that is as rep­ressed as the Victorians? Doniger is rig­­htly upset by the ban on her books; she is dismayed by vigilante right-wing groups like the Sri Rama Sene. Despite the saffron brigade, however, there are good reasons to be hopeful for a more liberal fut­­ure. Responsible surveys show that the urban young’s attitudes to sexuality have been changing rapidly since the 1990s. And today, young men and women are perhaps ready to eagerly embrace the charming advice of the Kamasutra: “If you are kissed, kiss back”.