Home  »  Magazine  »  Arts & Entertainment  » Interviews  » Interview »  ‘My Whole ­Career Has Been Built Upon Rejection, But I Never Give Up’

‘My Whole ­Career Has Been Built Upon Rejection, But I Never Give Up’

National award-winning director Hansal Mehta talks about this happy, hectic time, the joys of film-ma­king and working with actors such as Kangana Ranaut and Rajkummar Rao. 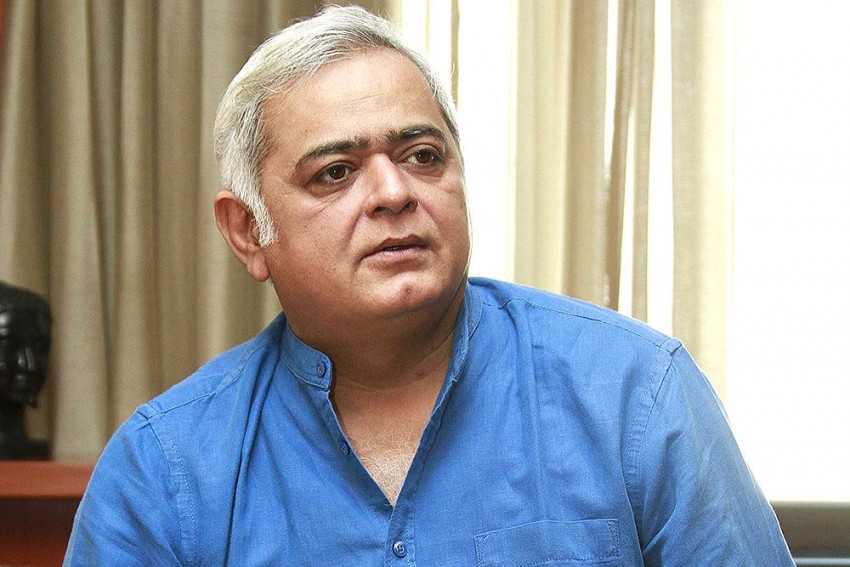 Photograph by Getty Images
Prachi Pinglay-Plumber September 28, 2017 00:00 IST ‘My Whole ­Career Has Been Built Upon Rejection, But I Never Give Up’ 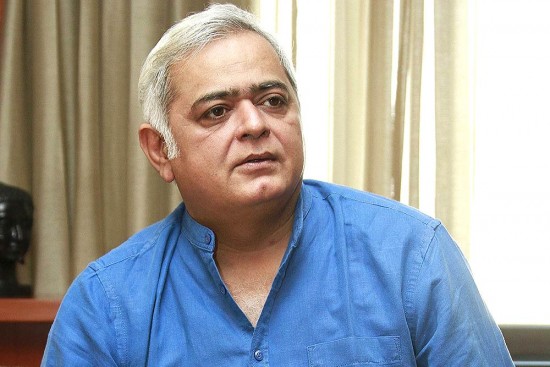 National award-winning director Hansal Mehta talks to Prachi Pinglay-Plumber about this happy, hectic time, the joys of film-ma­king and working with actors such as Kangana Ranaut and Rajkummar Rao. Two of his recent films—Simran, starring Kangana, and Omerta, premi­ered at the Toronto International Film Festival—see the director dabbling with very diverse themes for storytelling.

Omerta was completed much before Simran. It is a happy but tight coincidence that Omerta premiered just four days before Simran. Though, it’s not a coincidence that TIFF picked 9/11 for the world premiere. Omerta is also a departure of sorts because it is a political thriller. It is a genre that I haven’t dealt with. It’s based on a true story, based on Omar Sheikh, allegedly the murderer of journalist Daniel Pearl. It’s a 96-97 minute roller-coaster and it traverses a whole world—Pakistan, Afghanistan, London, Old Delhi. My tagline for the film is ‘Brief history of terrorism’—from when it first started, with the Bosnia genocide in 1992, up to the present.

Were you careful or cautious while doing this film?

I am never careful. Omerta is the most carefree film I have made. I started working on it in 2005. The story idea came from my friend—well-known actor Mukul Dev. I got obsessed with it. But at that time I had somehow dived into that semi-mainstream film zone of making mainstream films without big stars. They were half-baked attempts. I made all those films thinking they will help me make Omerta, but that never happened. In fact Shahid’s story was also born out of wanting to make Omerta. It was like a show reel to show people that I could make it. I had even made a small promo then.

How did Simran happen, it’s quite a departure from your previous films?

I was looking for something that would help me break my obsession with stories that had very difficult endings. I was treading too much into tragedy, whether it was Shahid, City Lights or Aligarh. That being said, I have tried very hard to not go away from my core, which is making stories about people who are on the fringes of society. But in Simran the world is different. It is not Mumbai or UP. It is the US, but I call it the UP of the US. We shot mainly in the suburbs. When I was a kid, relatives would visit us from Australia, the US and Africa. Gujarati are all over the world. We had this fascination that they have these great lives. I remember writing to one uncle asking if I can come to the US and live there forever. We had this rosy picture until I visited those relatives and worked with somebody after studies. I realised this is a peculiar microcosm of society. They are still at the fringes, live in a very conservative world…in these ghettos, and most of them have set up home in far-flung areas. It was fascinating to study that life. They were doing migrant jobs but with a lot of dignity. So this is a migrant tale set in the US, but it is told in a light-hearted way.

And how did you and Kangana decide to associate? She also wrote for the film.

I met Kangana way back in 2014 with another story about a mountain climber but it did not work out. This was before Aligarh. But we decided we’d work ­together. We were looking out for ­another subject. Every time I went with a subject, she was gracious enough to accept it. In between, she did Tanu Weds Manu Returns, signed Rangoon. I also briefly flirted with the idea of doing Sarabjit together. Finally this story came by. I narrated it to her on the phone from New York. Then we had to write the film. Once we started, it ­became a fairly big project. This is one of my biggest films in terms of budget.

How does it affect you when things don’t work out for a long time?

My entire film-making career has been built upon the foundation of disappointment and rejection. But I never give up. I always believe that if there is a story in my heart, one day I will get to express it. I have never tried to make great films. I find it very limiting and arrogant to plan greatness. It’s not been easy. There have been extreme challenges in previous films. But that string of failures has imb­ibed in me that ‘never say die’ spirit. Most importantly, I have thoroughly enjoyed my life even in bad times. Even while making the most random film, I have thoroughly enjoyed the process.

Does it take a toll on your personal life?

It does. I have tried hard, especially since I have had my daughters, to find some sort  of balance, but it is tough. Especially when you are shooting…and shooting out of Mumbai. My son works with me. He is my associate director, my crisis manager. So that balance is never found because we never stop working. When my wife and daughters came to visit me in the US, they felt they should not have been there. Even when I am out with them, I am not really there. I carry the stress of the overall process of film-making. It is a lot of people management—producers to artistes…to keep them motivated. There is a hurdle every day. Every film is a process of first getting bogged down and then learning to overcome. The initial days of a shoot is all frayed nerves, trying to find the rhythm. And it’s beautiful when you do find it. But there your family suffers. You don’t have emotional energy left to give to your loved ones. I keep telling myself that I need to take longer breaks but then a story comes along. And then, you know, you never earn enough money as a director. That financial security is ­always one film away.

Another thing I wanted to discuss is the latest change of guard at the Cen­sor Board?

It has taken me time since 2014 to come to understand the scenario that we are in currently. There is a promise of efficiency, which you see here and there. But I would like to see more humanity and equality. Commitment to social justice needs to come in. It is something I felt with the previous establishment also. Secularism was only a fashionable word. Now majoritarianism is fashionable. Both were majoritarian in their own way. They kept India’s religious and caste inequalities alive. Here, they are trying to unify the country by mobilsing the majority and polarising the minority. Both are in some way polarising.

The Censor Board is a government appointed agency. Pahlajji was of course a peculiar case. I remember, when I was making Dil Pe Mat Le Yaar, we had Arvind Trivedi, who played Ravan in Ramayan on TV. He had very outdated fundas. Also, the BJP was in power then. I carried out 37-38 cuts, but there was no protest. I got an A certificate despite making those cuts. The committee was shocked and they were unhappy with the film. I have learnt to live with that.

Prasoon is very respected. He enjoys a reputation of being fairly progressive. It doesn’t matter what your political views are as long as art is art for you, a form of expression. I hope Prasoon has that as the underlying principle. However, it is also unfair to expect too much from him when he is stuck with outdated guidelines. I hope the Shyam Benegal committee report is taken forward. The new I&B minister is one of our own. She has been part of this industry and understands the pains that go into making films and television. I expect the committee report to get tabled and fast tracked now.

Rajkummar and Manoj Bajpayee are your key actors...

I don’t know how my films would have been without Raj. In Aligarh I had given him the option to not do the role. He was in New York. He called me and said ‘I cannot not do your film’. There was a lot of talk about him being in Simran. He said, ‘Sir even if you want me to walk past, I will do it’. But I said no. I didn’t want the Queen hangover.

I have this fear: what if I was saddled with a ­terrible actor playing the main character in my film? A director can’t make somebody, who cannot act, act.

I have this fear...a nightmare—what if I was saddled with a terrible actor playing the main character in my film? A dir­ector can’t make somebody, who cannot act, act. You can help a good actor give his best. You can make a bad actor just exist, you can’t make him belong to a scene. In my new innings I am blessed with good actors.

For a fleeting moment I had toyed with the idea—what if Govinda does Aligarh? Then Mukesh (casting director Mukesh Chhabra) suggested Manoj. We thought about Nana, Nawazuddin, Manoj; all of them would have been ­excellent and interpreted the character in their own way. Eventually, it was destiny. Good stories find the right people—­director, actor—they find each other. For example, Kangana stuck to me for so long. For three years she kept saying yes, which was amazing.